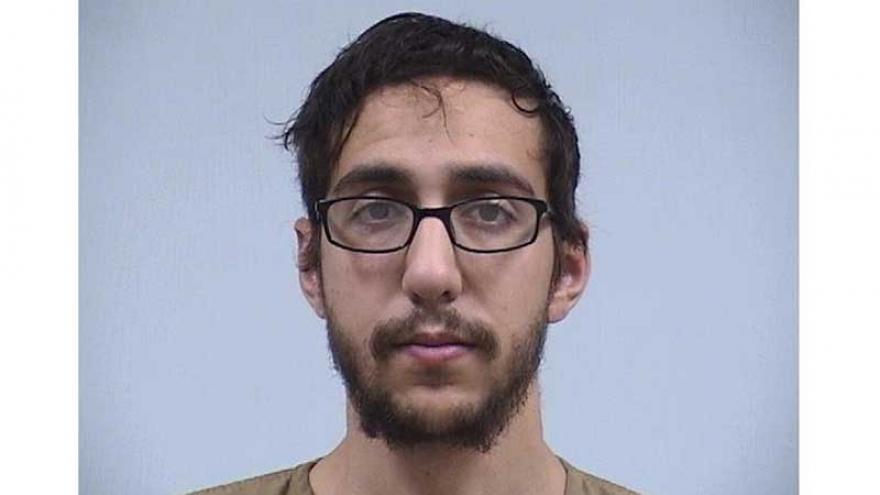 ELKHART COUNTY, Ind. -- The fourth day of Winston Corbett’s murder trial continued Thursday with testimony from three people who collected evidence from the scene where James Miller was killed and his wife, Linda, was attacked in October 2011.

The first witness was Detective Shayne Miller with the Goshen Police Department. He was an evidence technician who spent three days collecting evidence related to the James Miller homicide.

Det. Miller said he, Keith Miller and Sandy Snyder responded to the Miller home early on the morning of October 9, 2011, while it was still dark outside.

First they took pictures of the scene outside and around the house, including James Miller’s body.

While processing the body, they removed James’ shirt and could see injuries to his body.

One of the pictures from outside the home depicts the window to the spare bedroom/office. It shows a window that was almost completely open and the screen was on the ground outside the home, Det. Miller testified.

After processing the exterior of the house, the crime scene technicians went inside the home and began documenting it and collecting evidence.

Inside the spare bedroom, Det. Miller described trying to find fingerprints on the window and a bookcase.

He also located what appeared to be white soil or something white on the carpet of the room. Just below the window, on the outside, Det. Miller noticed there were small rocks as ground cover.

Det. Miller collected the white substance from the floor of the spare room as evidence.

When asked why the window and the spare room was considered important, Det. Miller responded it was a possible point of entry for the suspect.

On the first day they collected evidence at the scene, October 9, Det. Miller was asked to go to a home on Leroy to try to pull fingerprints from the handle of the front door of the home. He was unable to locate any fingerprints on the handle.

Following several rounds of questioning by the defense and prosecution, Det. Miller was released from the witness stand and the court was recessed for lunch.

The second witness, Detective Sandy Snyder, began testifying after lunch. She was one of the evidence technicians who responded to the scene.

Snyder said she, Shayne Miller and then Captain Kevin Miller arrived to the scene around 2:40 a.m.

Snyder testified as to what evidence she collected and what she witnessed at the scene.

She said it was the largest scene she had ever processed. The Millers lived in a four bedroom home with their two children.

The prosecution walked Snyder through photos taken from the scene and described what the photos depicted.

In the master bedroom there were bloody footprints on the floor and a plastic floor protector (like for an office chair) that had a red substance on it and a chair was overturned and was halfway in the doorway.

Snyder also noticed a bloody handprint on the sheet of the bed.

There was also blood in the hallway of the home, but not in the bedrooms belonging to the daughter or son of the Millers.

In the fourth bedroom/office, she collected evidence including the window screen and processed the window that could have been an entry point for the suspect.

Snyder also testified about what valuables remained inside the house. She located a bottle of Vicodin James Miller took for back pain, over $140 in cash in a box off the foyer and James’ wallet was found in the kitchen with cash inside.

The final witness of the day was Division Chief of Investigations Keith Miller. He was the third person with the Goshen Police Department who processed the scene.

He testified about injuries to James’ body, blood pools outside that indicated James moved while outside.

Chief Miller also testified about removing James’ T-shirt for evidence, which was also sent to the state lab for further analysis.