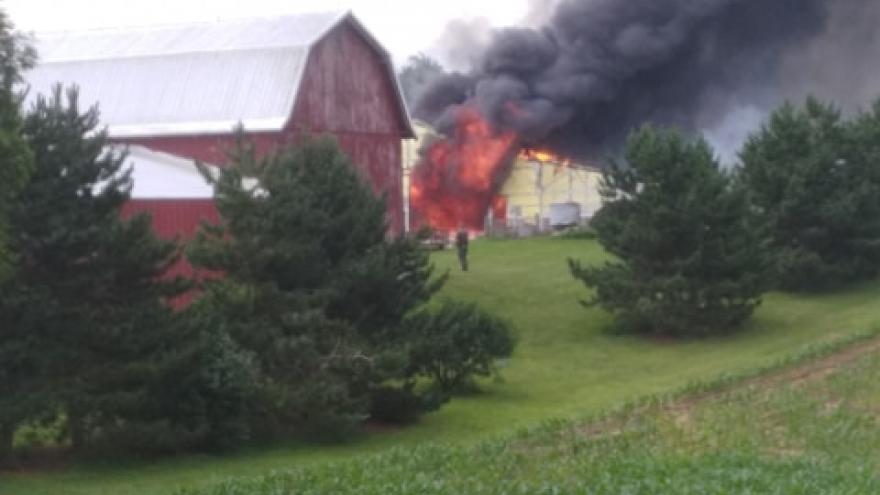 According to Cass County officials, the scene is in the 16000 block of M-60. Firefighters were dispatched to the scene around 11 a.m. Thursday.

Witnesses tell ABC 57 the structure was fully engulfed at one point. Fire crews say it is now contained and is expected to be out fully in the next couple hours. Four departments; Cass, Marcellus, Newburg and Penn battled the flames.

There were no animals inside the barn. Officials say mostly equipment and nearly 200 bales of hay were stored inside.

Right now, an investigation is underway to determine how the fire began.