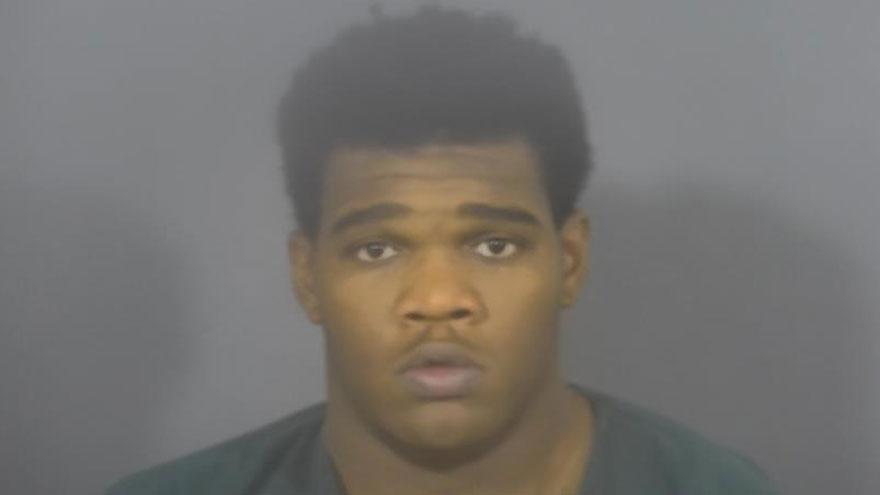 SOUTH BEND, Ind. – Charges have been filed against a man accused of shooting a woman Thursday afternoon near Kenmore Street. Court records show the victim was a bystander.

South Bend Police responded to the area of Kenmore Street and Jefferson Boulevard around 12:30 p.m. after receiving a Shot Spotter Alert in the area.

When police arrived, they found a woman with a gunshot wound on the ground at the entrance to an apartment complex on Jefferson Boulevard.

Several people spoke with police about the incident.

Earlier in the day, McLeod got into a verbal altercation with another man at a convenience store at Western and Kenmore Streets.

The other man stopped his Malibu near the intersection of Kenmore and Jefferson. Three women approached the vehicle and spoke with the occupants of the vehicle, reports said.

McLeod and another man came out of an apartment nearby.

McLeod fired one shot in the air, reports said.

The women began running away from the vehicle, towards their apartment, reports said.

One of the women was shot in the leg and fell to the ground.

The victim was taken to the hospital where she was treated for a non-life threatening gunshot wound.

On scene, officers located a single 9 mm shell casing near Kenmore and Jefferson and five .22 caliber shell casings near where McLeod was firing the gun, police said.

McLeod was arrested the following day.

When reviewing the Shot Spotter records, it indicated there was a single shot, then several seconds later there were a series of gunshots, police said.