As New Hampshire residents prepare for Tuesday's primary, Democratic candidates are making their final appeals to voters to try to win them over.

The former mayor drew over 5,000 to his town halls on Sunday.

According to his campaign, all four events had the largest turnouts for any candidate in each town this cycle.

It's pretty clear that momentum for Buttigieg is growing in New Hampshire. 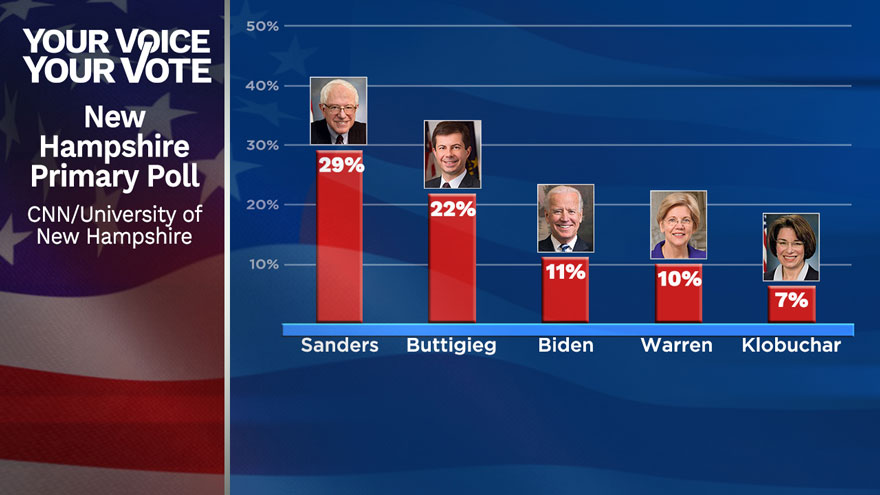 A CNN/ University of New Hampshire poll released Monday shows voters are split between Senator Bernie Sanders, who leads with 29 percent of the vote, and Buttigieg with 22 percent of the vote. Former Vice President Joe Biden trails with 11 percent, followed by Senator Elizabeth Warren with 10 percent and Senator Amy Klobuchar with 7 percent. (poll shown in graphic above) 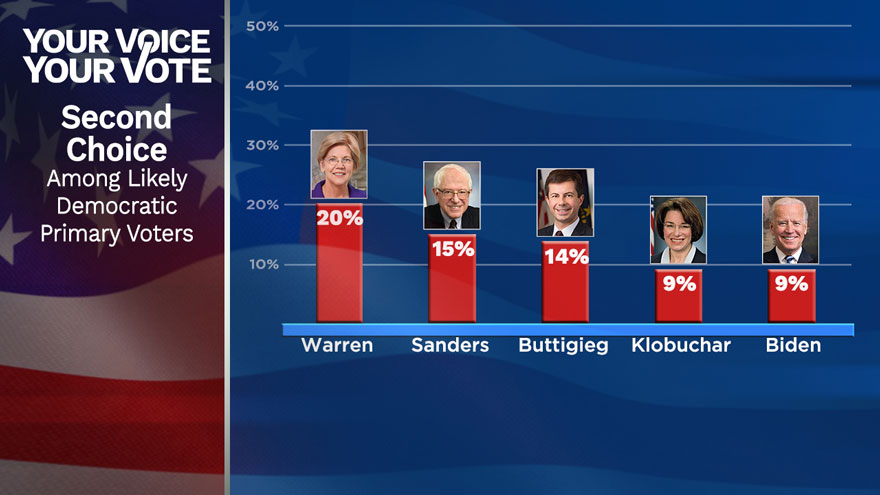 As for who voters are looking to as their second choice, Warren is the top choice with 20 percent of the vote. Sanders follows with 15 percent, Buttigieg with 14 percent, and Biden and Klobuchar with 9 percent. (poll shown in graphic above)

Among those polled 17 percent said they would not vote for Biden under any circumstances.

A large portion of democratic voters still remain undecided. Right now only half of New Hampshire voters know who they’ll be voting for on Tuesday.