MISHAWAKA, Ind.-- Sunday was a normal day for Ariana Simms and her 4-year-old daughter, who planned to spend the afternoon shopping at University Park Mall until they were attacked in the parking lot.

"It could have gone a lot worse, and I'm thankful he didn't get what he wanted," Simms said.

She said she parked her car outside the Barnes & Noble at University Park Mall in Mishawaka.

She got out of her car to unbuckle her daughter's car seat.

“When I was undoing her straps, somebody came up and like pushed up against me really hard, and said to get back in the car," Simms said. "And my first thought was that it was a joke, someone that knew me maybe was playing a prank, so I looked up at the man and I smiled, then I realized I didn’t know who it was. Then I saw the knife in his hand...”

That’s when she said she felt a man’s hands behind her, and the tip of a blade of what Simms describes as a large kitchen knife.

"He said I'll kill you right now, get back in the car," she said.

The man took her spot in the driver's seat, where she said he groped her. She said she realized his intentions were more sinister than a mere carjacking.

"It was not a robbery, I think it was very clear after I gave him all my money and all my cash and offered my car, and he still wanted to take me somewhere, that his intentions were not just to make some cash," Simms said.

Simms said she gave him cash, and her credit cards, and even told the man he could have her car if she could get her daughter out and leave.

"You can have my car, you can have all my money, just let me get my daughter out of the car," she said.

But the attacker had other plans.

“He said ‘get in the backseat and sit on the floor’ and then he said ‘put the blanket over your head,’ so I knew if I did that he was going to like drive me somewhere," Simms said. "…' let me just buckle her in, like she’s not buckled fully, let me just buckle her in.' So, I turned my back to him, even though he had this big knife… and I undid the rest of her straps and yanked her out and ran out the back door.”

As she escaped her attacker, screaming and crying for help, she said he ran away, dropping his car keys behind in her car.

"[My daughter is] all I cared about," she said. "All I could think was 'I just got to get her out of the car, somehow.'"

Both Simms and her daughter are traumatized.

"She's not as happy today as she usually is," Simms said. "I think he took a sense of security away from a  4-year-old little girl. That's going to be hard for us to give back to her. But, I think with enough time and help."

With his car left behind, it wasn't long before Mishawaka police arrested the attacker Sunday night, 66-year-old McClaude Bridges Jr. 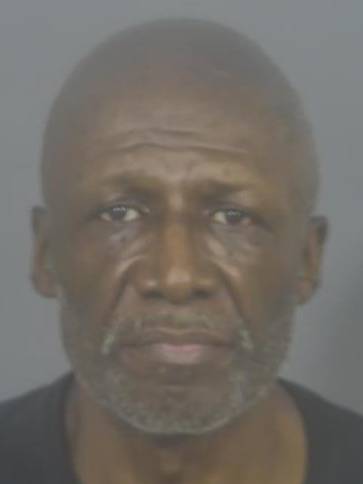 "Getting the phone call that they made an arrest and that this was the guy, just really made me feel like we didn't go through it for nothing," Simms said.

According to Indiana Department of Corrections logs, Bridges was convicted in 1986 of two counts of rape, one count of robbery and one count of attempted robbery. His release date was approximately March 2020.

Simms said she's grateful to the Mishawaka police and grateful a dangerous man was taken off the streets.

She claims other women reached out to her, saying someone tried to rob their cars too earlier yesterday morning at nearby businesses.

The Mishawaka police sent the following to ABC57: "As far as steps to take to prevent being a victim of a similar crime, awareness is key. Try to see and know what is happening around you. Trust your instincts. If something feels off, it probably is. Most importantly is to keep calm and not panic. In this case, the victim did just that and was able to run to safety."