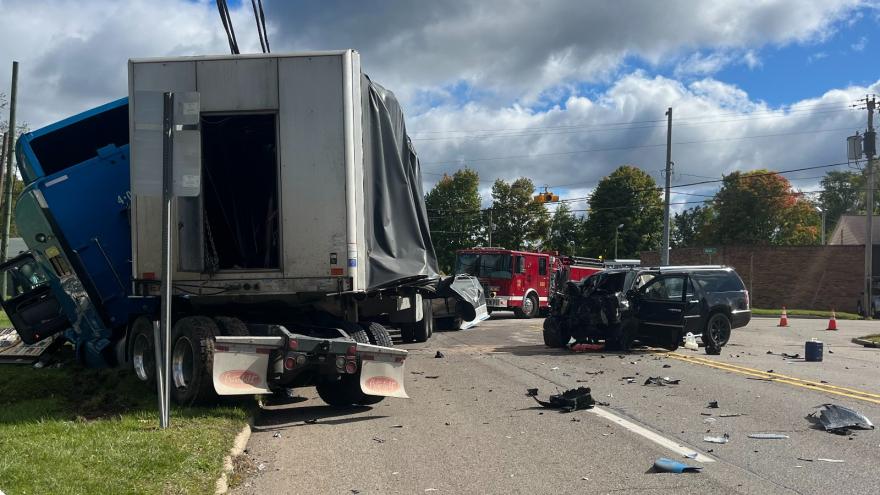 CASS COUNTY, Mich. - Two people were injured in a crash at U.S. 12 and Union Road on Wednesday morning, according to the Cass County Sheriff's Office.

According to reports, a GMC Yukon was traveling east on U.S. 12 and failed to yield while turning north toward Union Road.

The Yukon was struck by a semi-truck traveling west on U.S. 12. The semi then continued into a power line pole and a sign.

Their injuries are non-life-threatening, deputies said.