**Since our reporting the DEA has issued a new public safety alert claiming, based on data from analyzing fentanyl-laced fake prescription pills in 2022, six out of ten contain a potentially deadly dose of fentanyl**

The U.S. Drug Enforcement Administration is planning to expand evidence storage at its North Central Lab in downtown Chicago.

Filled with more than 40,000 pieces of evidence, a proverbial laundry list of illegal drugs, there isn’t enough space to keep up with the amount of drugs seized by agents.

Just down the hall, lab technicians catalog, sort, and test illegal drugs. Alongside crystal meth, cocaine, and fentanyl; are substances so new their chemical may not technically be illegal, because they don’t fall into an official drug category.

The work is endless.

During ABC57’s tour of the lab, senior forensic chemist Brianna McCarthy had a recent seizure of an estimated 10,000 pills of fentanyl. Not a small amount. But not an unusual amount for McCarthy to see any given day of work.

McCarthy says when the DEA tests large batches of illicit fentanyl, four out of every ten pills contain enough fentanyl to kill.

Each of the pills McCarthy is testing are disguised to look like Oxycodone; from the size, shape, and color, down to the imprint on the pill.

“It would be really hard for the average person to tell what they’re taking,” McCarthy said.

More than 150 people die every day overdosing on synthetic opioids like fentanyl, according to the CDC.

The illegal drug trade is an international operation as outlined in a 2020 DEA report, with logistics rivaling any multi-billion-dollar enterprise. 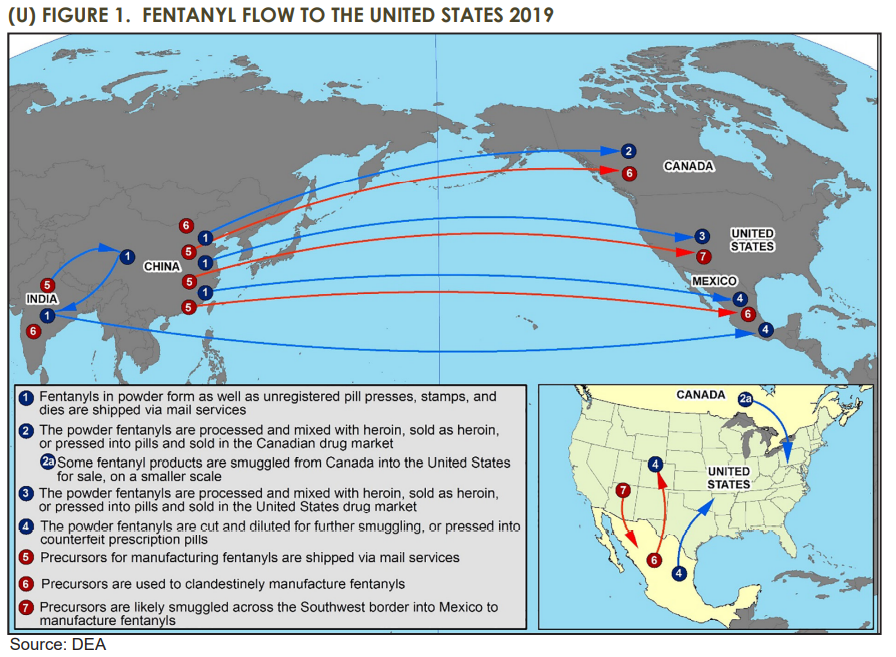 Ingredients are sourced from countries like China or India, funneled into Mexico, turned into drugs, then pushed up through the US border and spread through regional hubs.

“It’s a business. And [traffickers] are moving a product,” assistant special agent in charge of the DEA’s Merrillville District Office Chip Cooke said. “Who are directly affecting not only the Southwestern border. But they’re affecting South Bend, Indiana.”

Bricks of cocaine are often branded with a logo on the packaging like any product found in stores. Markers can even be pressed into the drugs themselves.

While drug seizure data from U.S. Customs & Border Protection shows marijuana, coke, and methare trafficked through the border in higher quantities, Cooke says the DEA is worried about the rise of fentanyl because its significantly more lethal.

“Illicit fentanyl is the deadliest drug that we’ve ever seen in the United States,” Cooke said.

Pharmaceutical fentanyl is commonly prescribed for severe pain. It's 50 to 100 times more potent than morphine. But its potency and ability to be camouflaged as other products make it almost tailor made for the illegal drug trade.

While fentanyl may be “cut” with illegal drugs like cocaine, oftentimes people think they're buying pharmaceutical drugs they cant get a prescription for like Adderall, Oxycodone, or Xanax and don’t realize the pill that looks like the real deal is poisoned with fentanyl.

Just two milligrams of illicit fentanyl can be deadly.

With more than 90% of drug seizures at the U.S.-Mexico border by CBP happening at legal checkpoints, the White House shutting down most legal border crossings in 2020 and 2021 may have forced cartels to rely on less trips to the U.S. to fund drug operations, making fentanyl’s potency and disguisable components more attractive.

In 2020, rates of overdose deaths involving fentanyl and similar drugs jumped 56% according to the CDC.

But Cooke stopped short of saying the fentanyl crisis is an insurmountable problem for the DEA.

“We don't give up. We don't stop,” Cooke said. “We're not thinking about our defeat. We’re thinking about the defeat of the cartels and the drug trafficking organizations in our area. 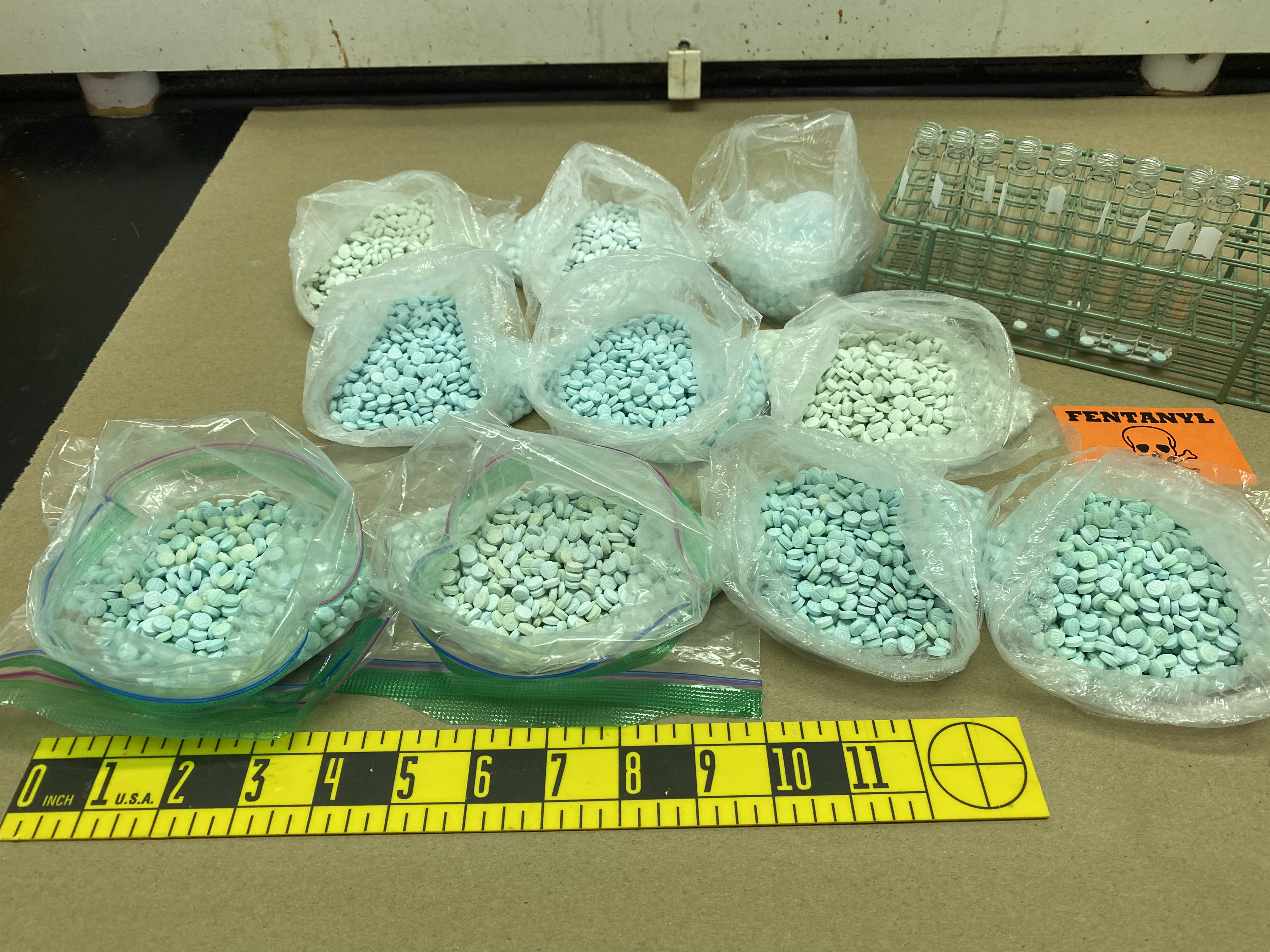 An estimated 10,000 pills of illicit fentanyl 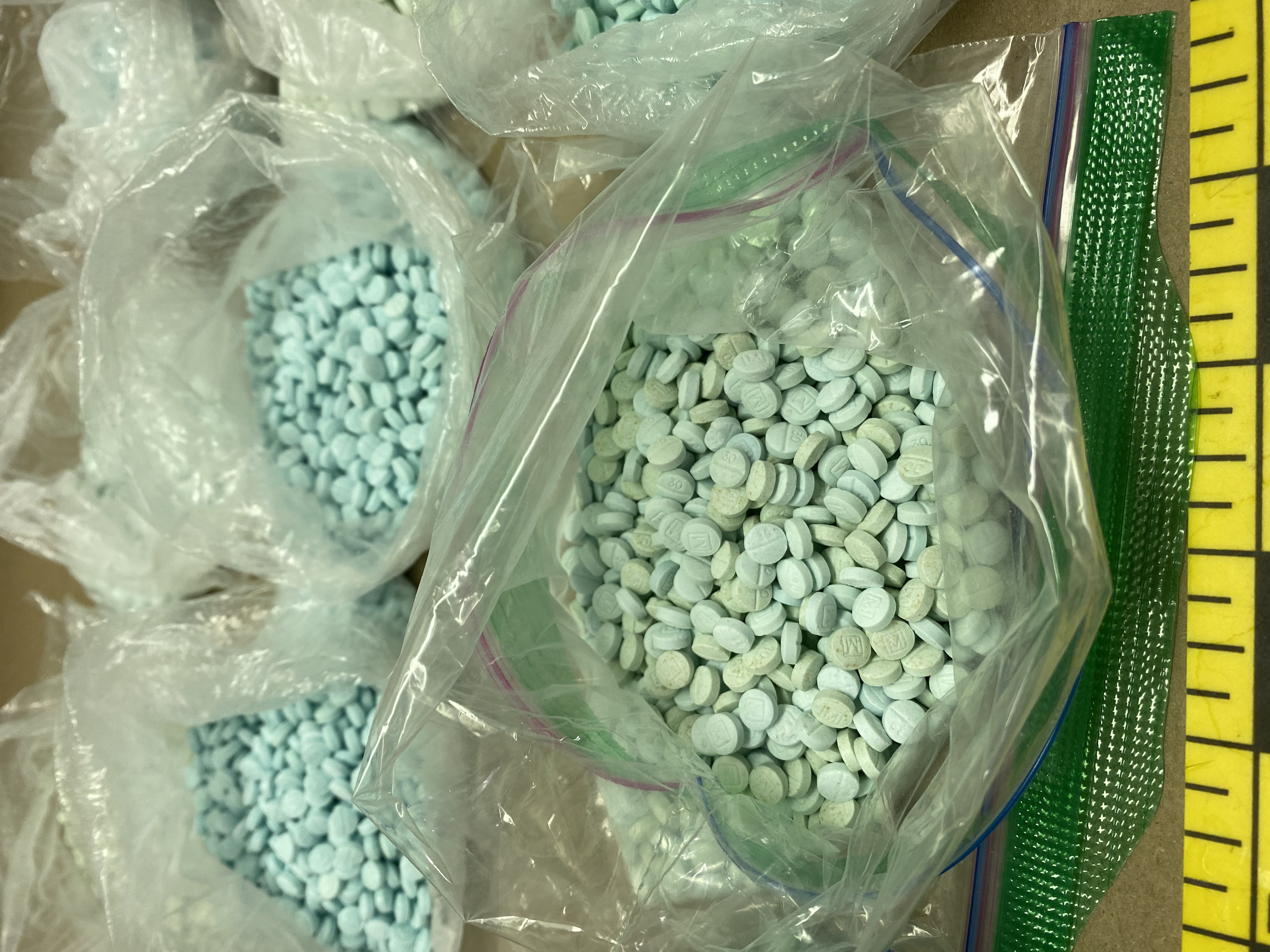 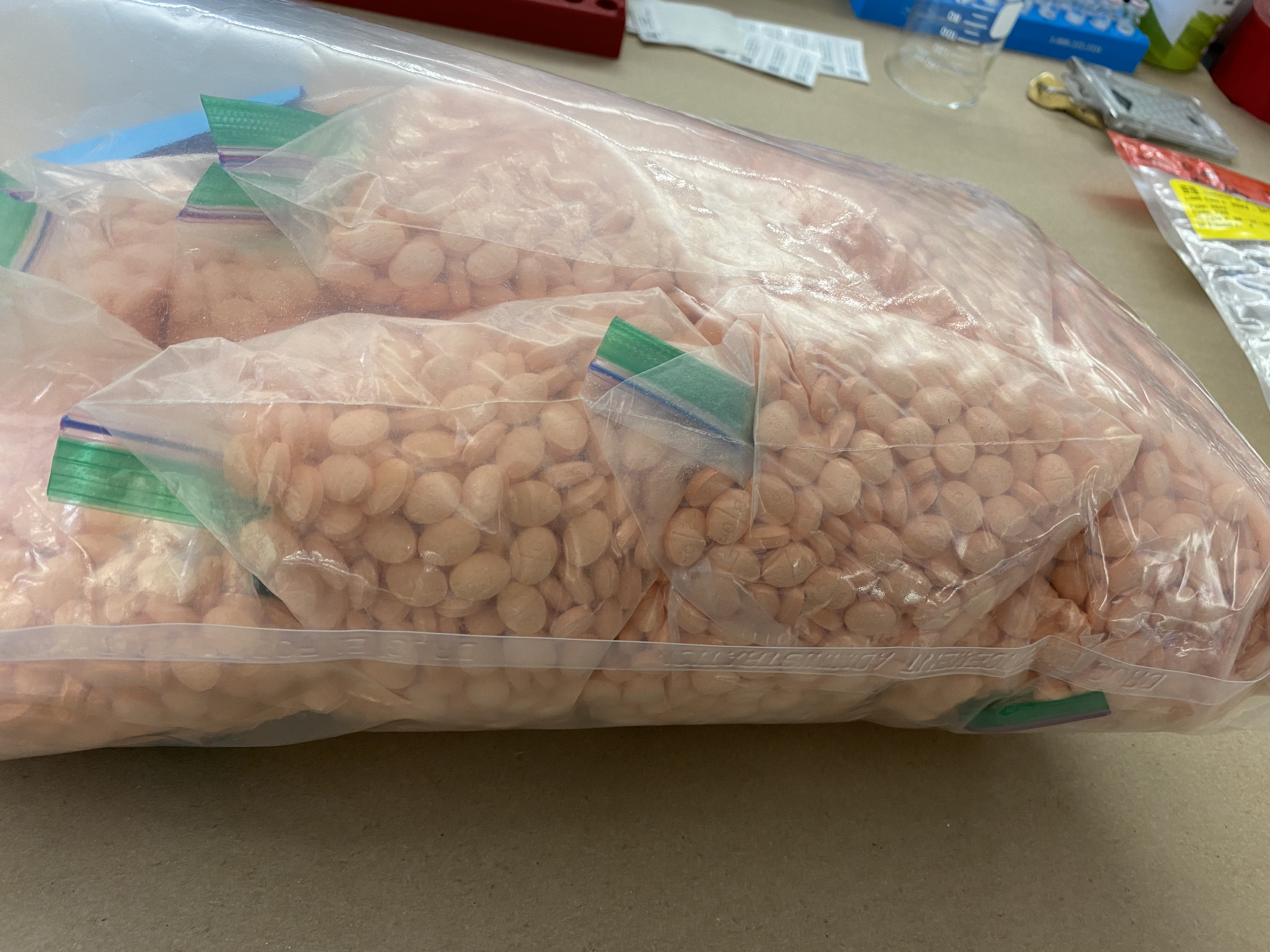 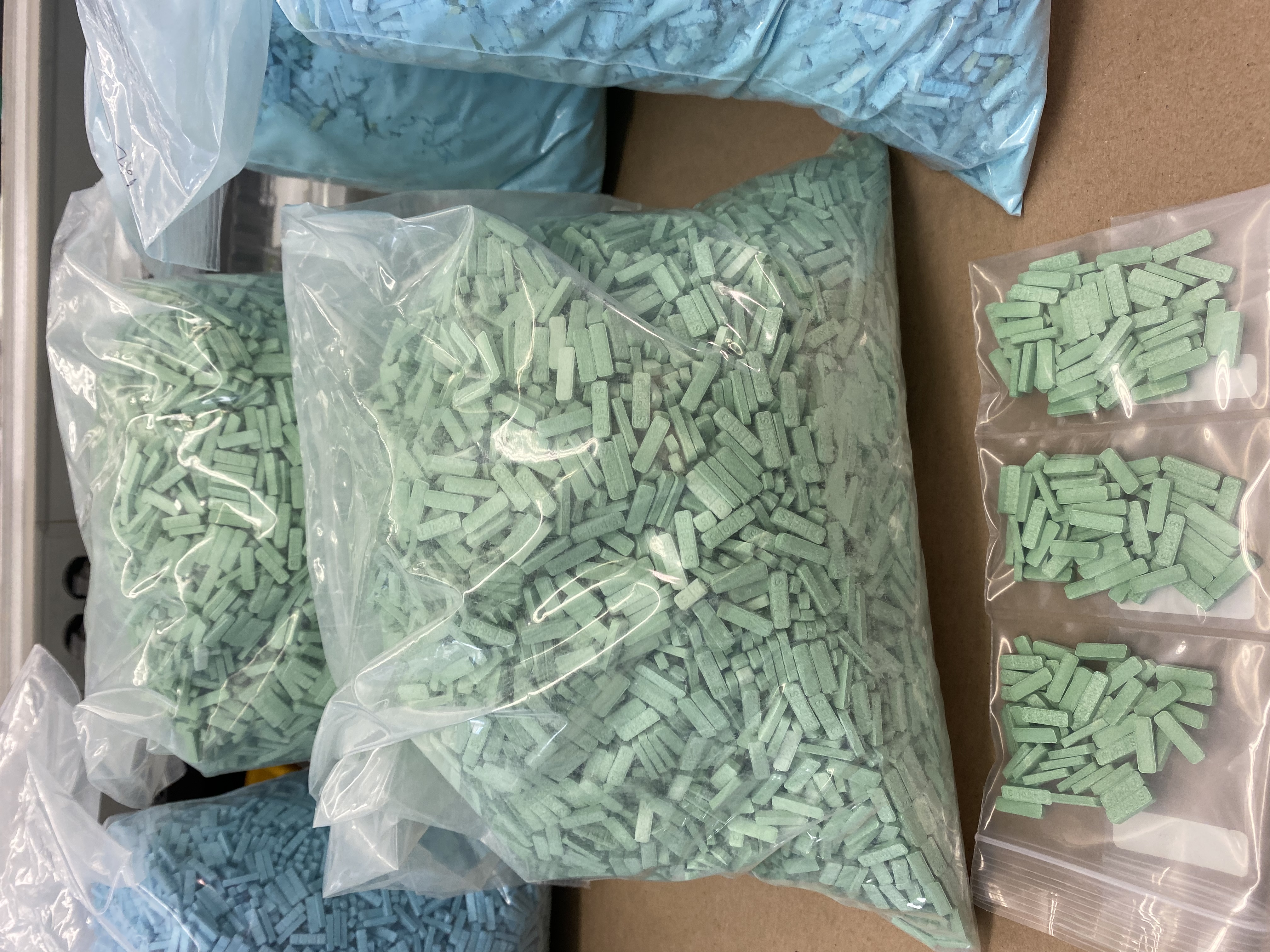 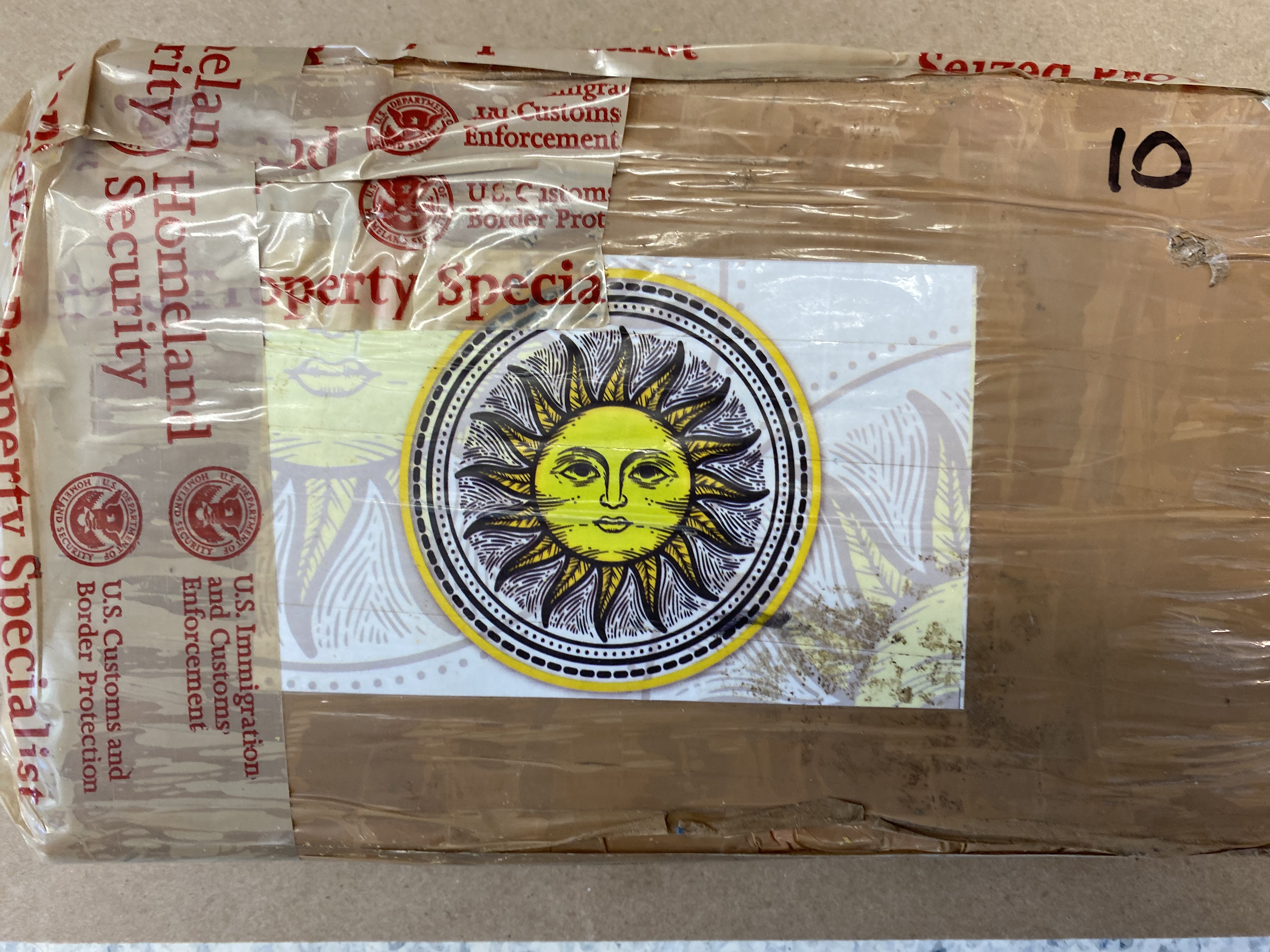 A brick of cocaine with a logo printed on the packaging 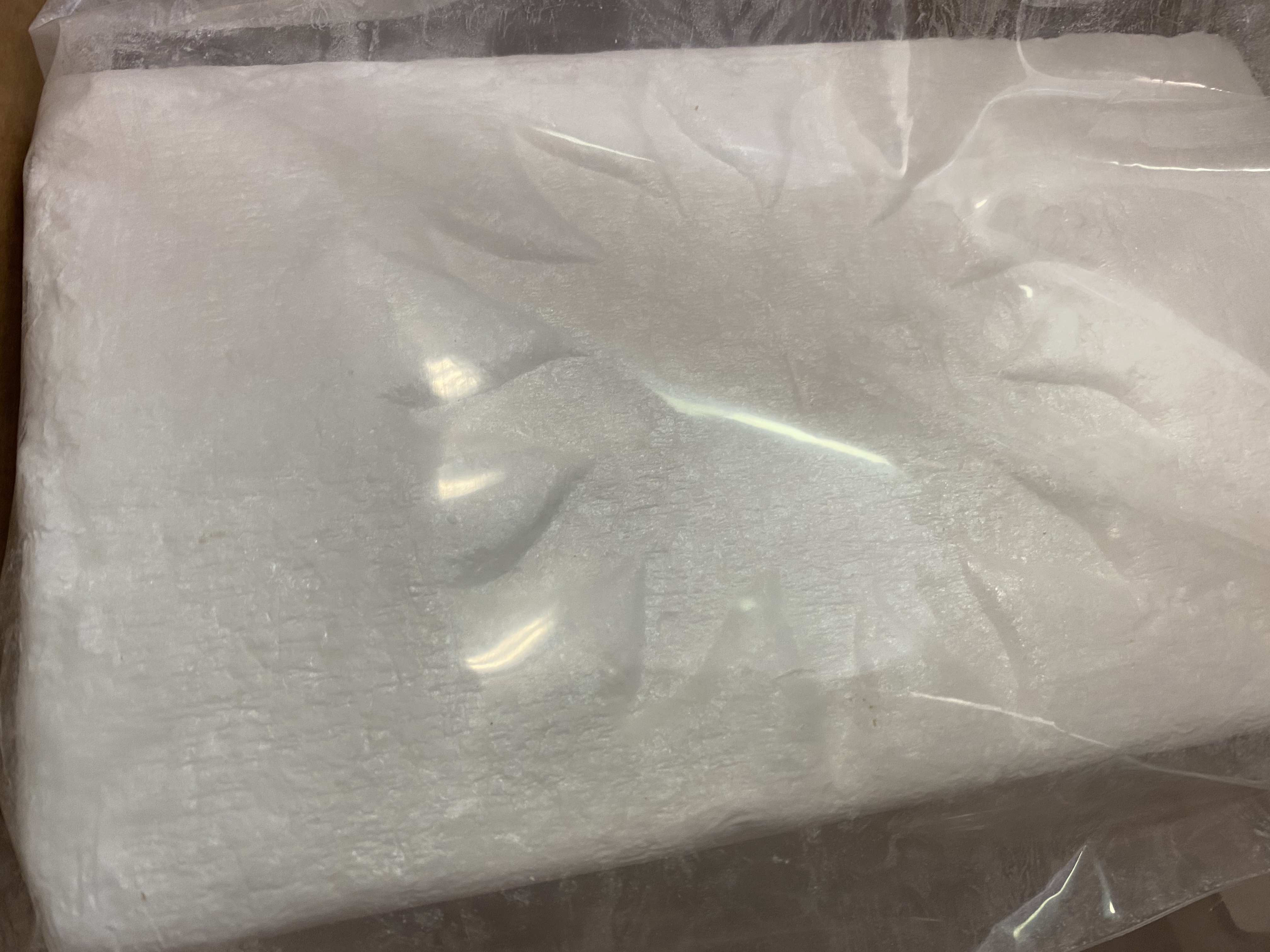 A brick of cocaine with a logo pressed into the drug 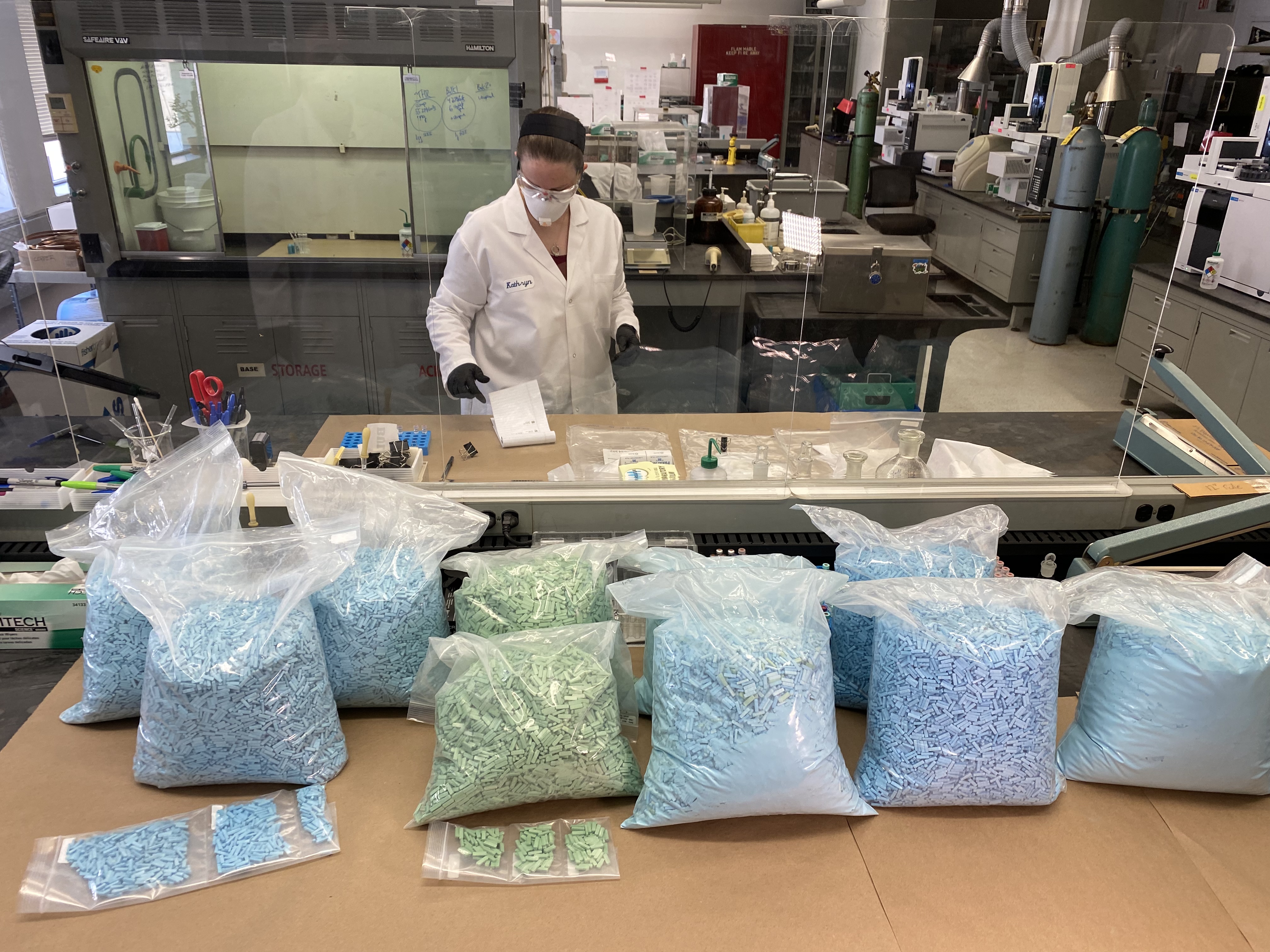 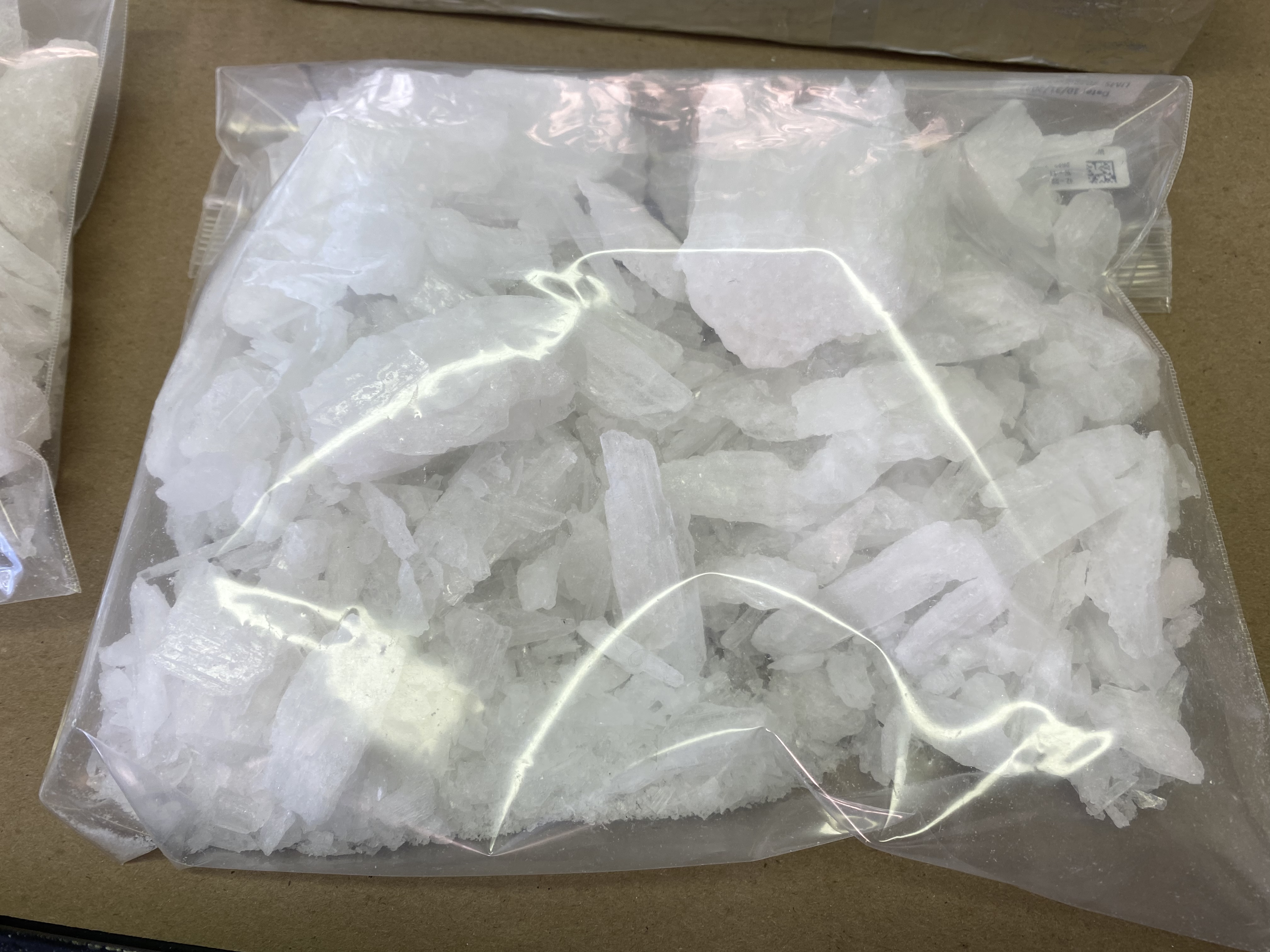 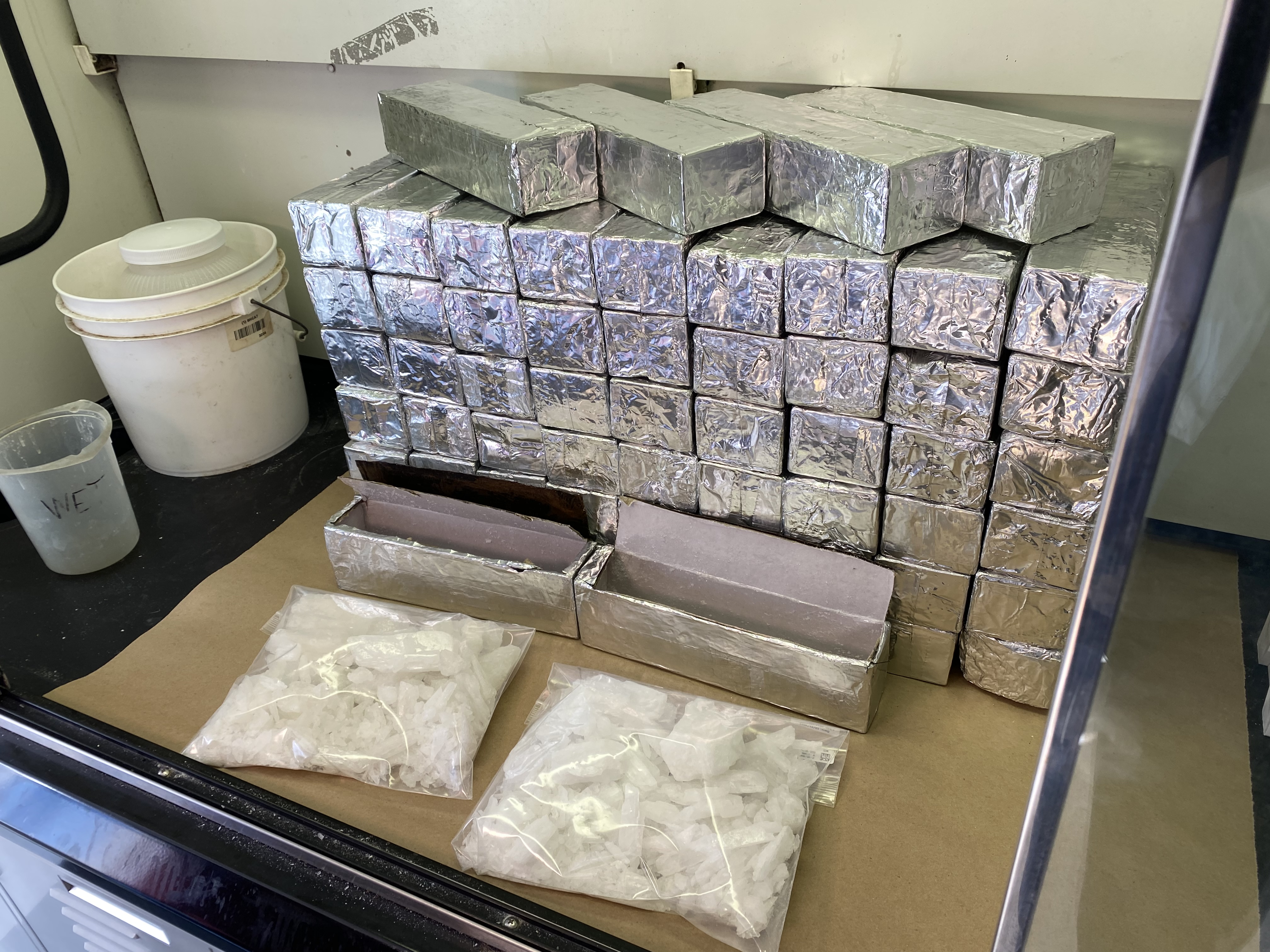