Trafficking Tragedy: Austin's story, how one pill can end a life

Trafficking Tragedy: Austin’s story, how one pill can end a life

SOUTH BEND, Ind. --- Michiana’s drug problem is affecting local families. Your next-door neighbor, your high school classmate, your family could all be potential victims of the international drug trade.

Fentanyl is unlike any other drug problem in modern history. Some researchers have gone as far as calling it a “mass poisoning.”

The data proves this is not your typical drug epidemic. The newest numbers from the CDC paint a grim picture. Fentanyl killed more Americans between the ages of 18 and 45 than car crashes, COVID-19, cancer, and suicide. 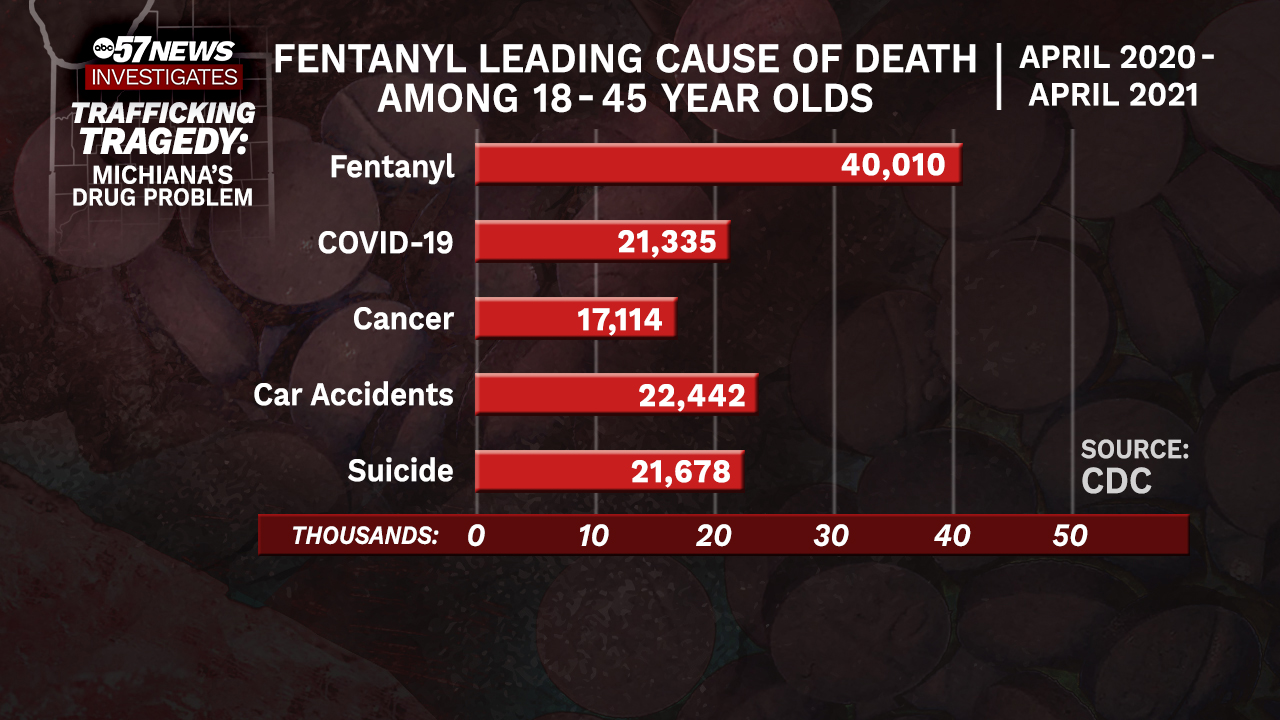 Behind those numbers, are real people like 26-year-old man named Austin Wilson. A Mishawaka High School grad living in Elkhart struggling with depression and anxiety.

Austin died alone in a camper in Cass County, Michigan in October after overdosing on fentanyl. All it took was one pill and it changed the lives of his family forever.

“Hugging your brother from you know like a body bag is just something that you don’t forget," Stephanie Wilson said.

Austin's siblings Shane and Stephanie Wilson remember their brother as being full of life. He was on the path to a better life, with a new job and goals for the future. They want Austin to be remembered as more than just the latest sacrifice of the illegal drug trade.

His siblings say Austin bought fake pills in South Bend, oblivious they were laced with fentanyl, an opioid that is 50 times as powerful as the same amount of heroin. 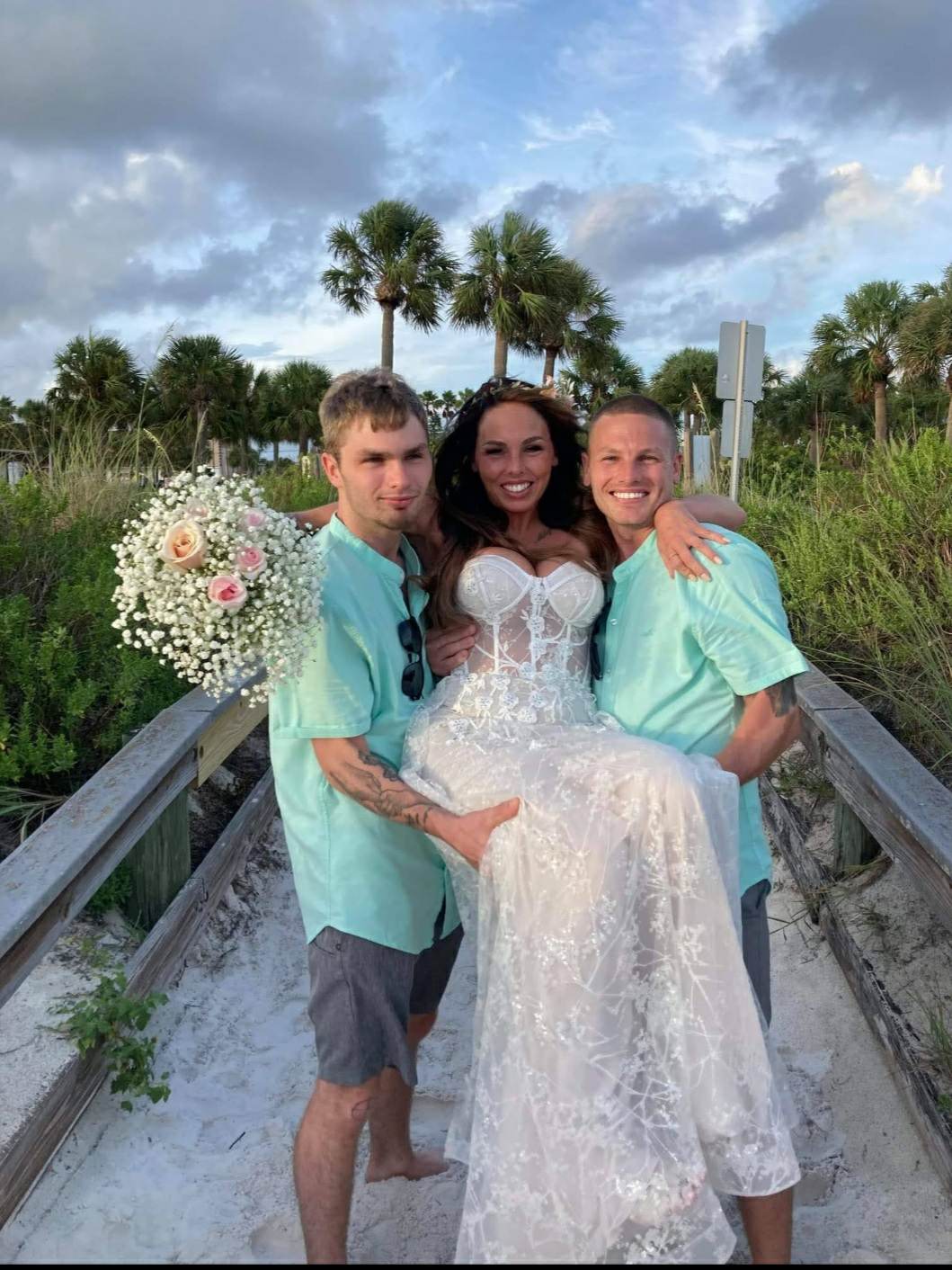 “We’re left with a lot you know," Stephanie said." A lot of questions, a lot of guilt, a lot of anger. And I think what bothers me the most is like people are like ‘Austin overdosed, Austin OD’ed’ no. I think my brother was murdered, that’s how I look at it.”

Austin was in recovery after having checked himself into rehab in September.

Shane and Stephanie knew he sometimes bought painkillers like Percocet or sedatives like Xanax but they never thought he’d end up dead from it.

“He took my brother down a dark path without him even acknowledging it," Stephanie said. “Austin found Xanax. As it does, helps with anxiety. Austin was never really one to go to the doctor so he would just buy it off the streets. He couldn't understand why for the first time since he started experimenting, why he was so addicted.”

Austin’s drug dealer was pushing him fake pills and his siblings believe he was intentionally getting Austin addicted for profit.

"I just want him to be put away," Shane said. “He doesn't deserve to be out here running the streets and maybe selling another pill to another kid that might pass away too. No other family deserves to have those same feelings we do.”

Austin is sadly one of thousands of victims. In 2021, the Indiana Department of Health reports 2,554 Hoosiers died of drug overdoses and over 70% of those deaths were caused by fentanyl.

At the St. Joseph County Health Department, they're aware of the problem.

“Fentanyl became the answer because you only need a little to provide people with this sense of euphoria that is crave-worthy and individuals are going to want to continue to go back to that dealer for that feeling,” Robin Vida explains, the Director of H.O.P.E. at the St. Joseph County Health Department.

Vida oversees all overdose deaths certificates and she says the fentanyl crisis is getting worse. There’s two things driving the problem. She says first it’s important to understand that fentanyl is highly addictive and drug traffickers are driving that addiction to increase profits.

“There’s fentanyl literally in everything, and that is extremely dangerous," Vida said. "It eliminates the ability to risk take and think ‘okay I’m going to take something from a friend’ or ‘I’m going to smoke a joint to relax.’ You can’t do that anymore. Drug dealers want to make money so they want their drugs to be the best so people keep coming back to them.”

Vida is adamant that overdoses can happen to anyone there's a stigma that those who overdose are heavy drug users, and because of fentanyl, that's just not the case anymore. She explains you only need two milligrams of fentanyl in a fake pill for it to be lethal and most pills bought off the streets aren't made in a chemistry lab.

“It could be the high achieving college student that just wants to ace her final exam so she wants to pull an all-nighter and she grabs a Xanax or an Adderall to stay awake and stay focused and that Adderall really isn’t an Adderall," Vida said.

Raising awareness of the dangers of fentanyl is something that’s driving Shane and Stephanie through their grief. They’re sharing their brother’s story with the hope that others will think twice before taking any kind of drug off the street.

“I think America just needs to wake up a little bit more. Not just South Bend but all of us," Shane said.

“I always see #onepillcankill and I think until it hits home with you, I’m like wow it was really one single pill that took his entire life and destroyed ours," Stephanie said.

If you or someone you know is struggling with drug abuse, you can call the national substance abuse and mental health hotline 24/7, 365 days a year. That number is 1-800-662-HELP.