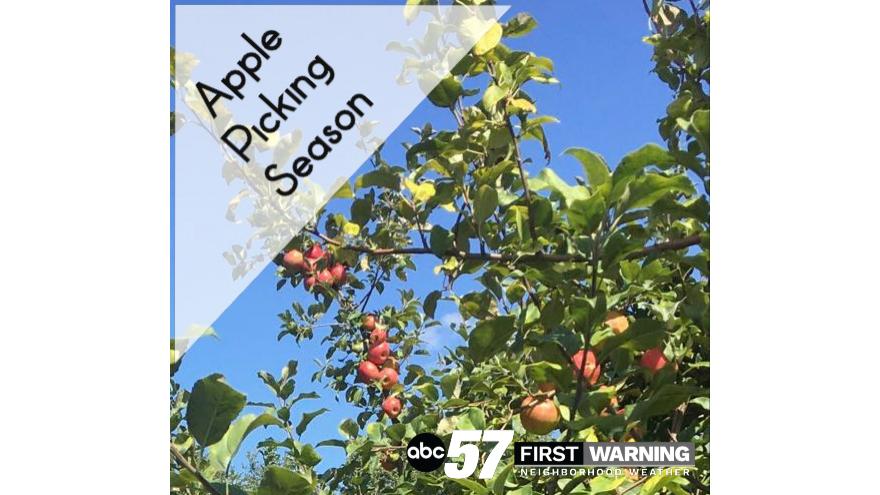 After a hot, mostly dry summer, it's time for fall weather and the start of apple picking season. Even though temperatures are cooling now, how did the summer weather impact this year's apple crop?

In 2020, crops across Michiana faced issues like late spring frost, then a mostly hot and dry summer. The apple crop at Lehman's Orchard in Niles, Michigan, is actually benefiting from this weather.

Steve Lecklider, the manager of the orchard, says their trees are trickle irrigated. Irrigation helps plants get by, but isn't as ideal as natural rainfall.

"The irrigation water is not the same as having rainfall. We were a little concerned, but it seemed like we got the fall, or late summer rains, just in time," Lecklider explained.

The drought and heatwave had a surprising impact on apples' taste. It helped focus the flavor, sugar, and acidity in the apples.

"I don't remember the flavors being so vivid, as far as like, you know, really grabbing your attention, in quite a long time," Lecklider said.

The intensity in flavors is good news for apple lovers. You don't have to wait until fall-- apples are picking now. 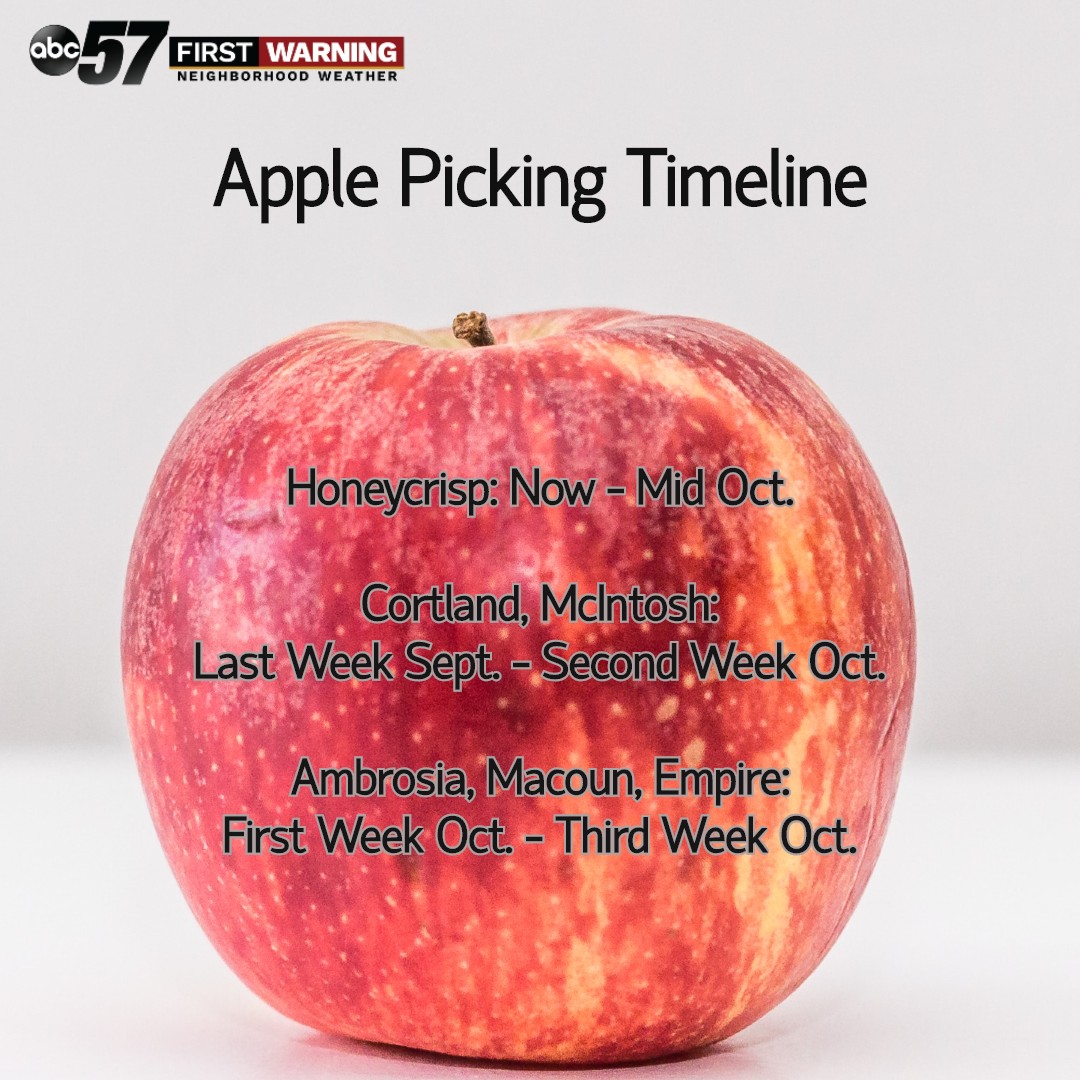 Honeycrisp, which Lecklider says is the most popular apple variety, are picking now through mid October.

"Honeycrisp is unique in the range of flavor, its both sweet and tart at the same time. It also has a unique crunch where you bite into the apple and the cells actually split with flavor, so it's a very juicy apple," Lecklider described.

Cortland and McIntosh apples are expected in the last week of September, then last about two weeks (through roughly the second week in October).

"McIntosh and Cortland are known to be really excellent baking apples," Lecklider said.

Finally, Ambrosia, Macoun, and Empire varieties are expected the first week in October and also have about a two week picking period.

"Ambrosia is a nice apple. It's a sub acid apple, so if anybody has a stomach, acidity problem, they'd love that apple," Lecklider recommends.

To keep the apple season going, the orchard is hoping for a long, cool fall with no early frosts. Lehman's doesn't take any precautions against fall frosts; it tends to mark the end of the picking season. If the weather cooperates, the season could last as late as early November.

After a warm Wednesday, temperatures will feel very fall-like this weekend, making it the perfect time to pick apples. 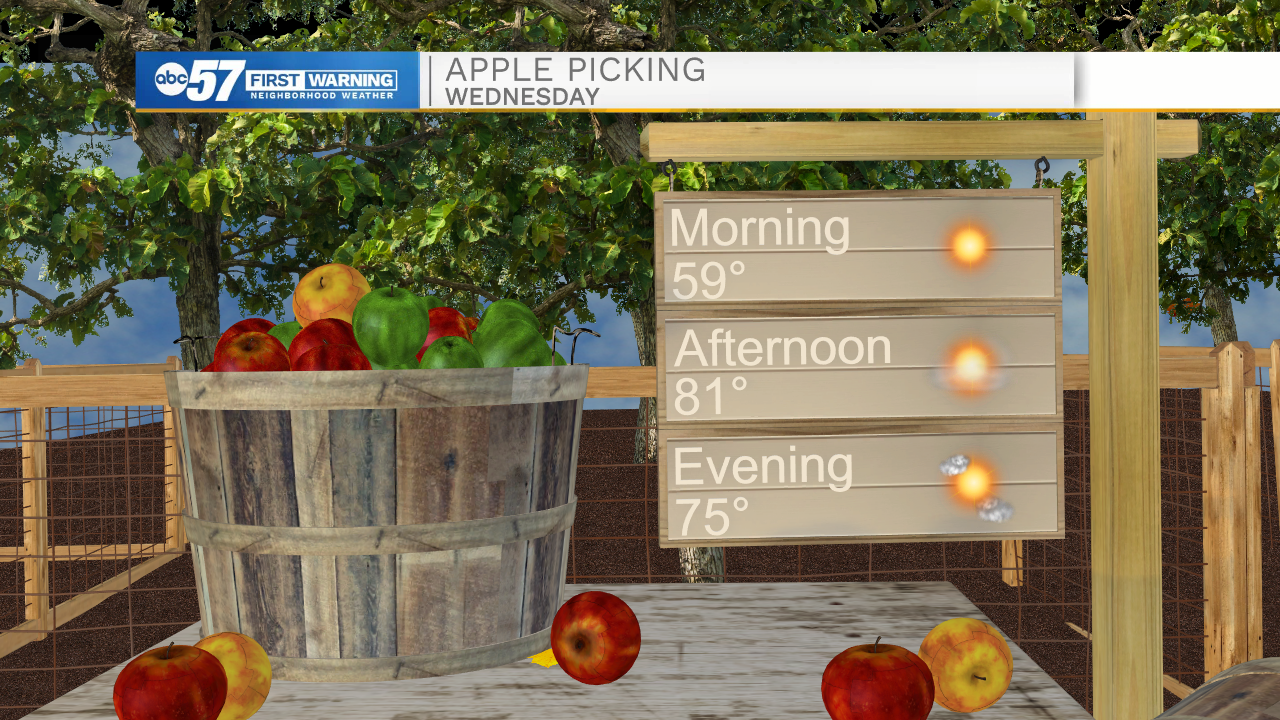 You can check the Lehman's Orchard website for hours and list of current pickings before you visit.