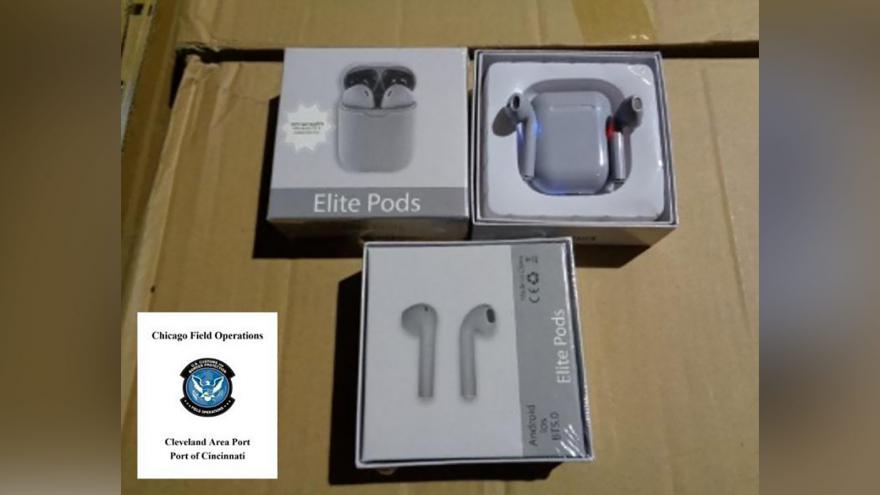 (CNN) -- US Customs and Border Protection officers in Ohio have seized 36,000 headphones that resembled Apple AirPods.

CBP in Cincinnati found that the headphones, which arrived in three shipments from China, were in violation of "trademark and copyright codes," CBP said in a news release Friday.

"Counterfeit products can be deceiving at first glance," Cincinnati Port Director Richard Gillespie said in a statement. "They're often cheaper and can appear very similar to the real thing. However, inferior products can end up costing consumers more than if they purchased the genuine item because of the high likelihood of substandard materials and malfunctioning parts."

The headphones, inspected by CBP on May 6, came in boxes labeled "Elite Pods," and included headphones and a case that looked similar to real AirPods. The three shipments were headed toward Dayton, Kentucky, and were seized on May 11 and 13, the release said.

CBP said the value of the headphones was declared to be $5,280; however, they could have been sold for $7.16 million if they were genuine AirPods.

"Supporting legitimate businesses is the smart choice, and buying from trusted companies protects against potential human rights violations and damage to our economy," Gillespie said.