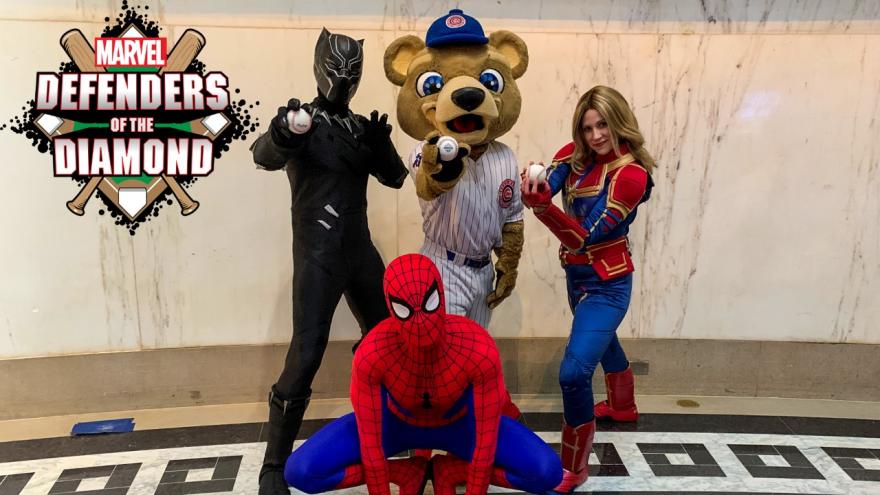 SOUTH BEND, Ind. – The South Bend Cubs, in conjunction with Minor League Baseball, has announced a three-year partnership with Marvel Entertainment starting in 2022.

The announcement was made on Wednesday at the “Marvel: Universe of Super Heroes” exhibit at the Chicago Museum of Science and Industry.

“MiLB’s new partnership with Marvel Entertainment brings together two storied brands who create memories that are passed down from generation to generation,” said Kurt Hunzeker, Major League Baseball’s Vice President of Minor League Business Operations. “The possibilities with this partnership are endless and we look forward to some incredibly creative content, merchandise, and promotions.”

This partnership will feature 96 MiLB teams participating in an event series called “Marvel’s Defenders of the Diamond” during the 2022 through 2024 baseball seasons.

In each of the three years, all 96 teams will host at least one Marvel Super Hero™ themed game as part of the campaign.

At these games, players will wear special-edition Marvel Super Hero-branded jerseys on the field and fans can enjoy Marvel-themed activities and promotions throughout the game.

Marvel will also create a comic book for MiLB fans that will be distributed in participating ballparks throughout the partnership.