Temperatures near 50 degrees helped melt much of the snow across Michiana on Tuesday. However, there are still plenty of impressive snow mounds in parking lots from South Bend's near-record amount of lake-effect snow last week. 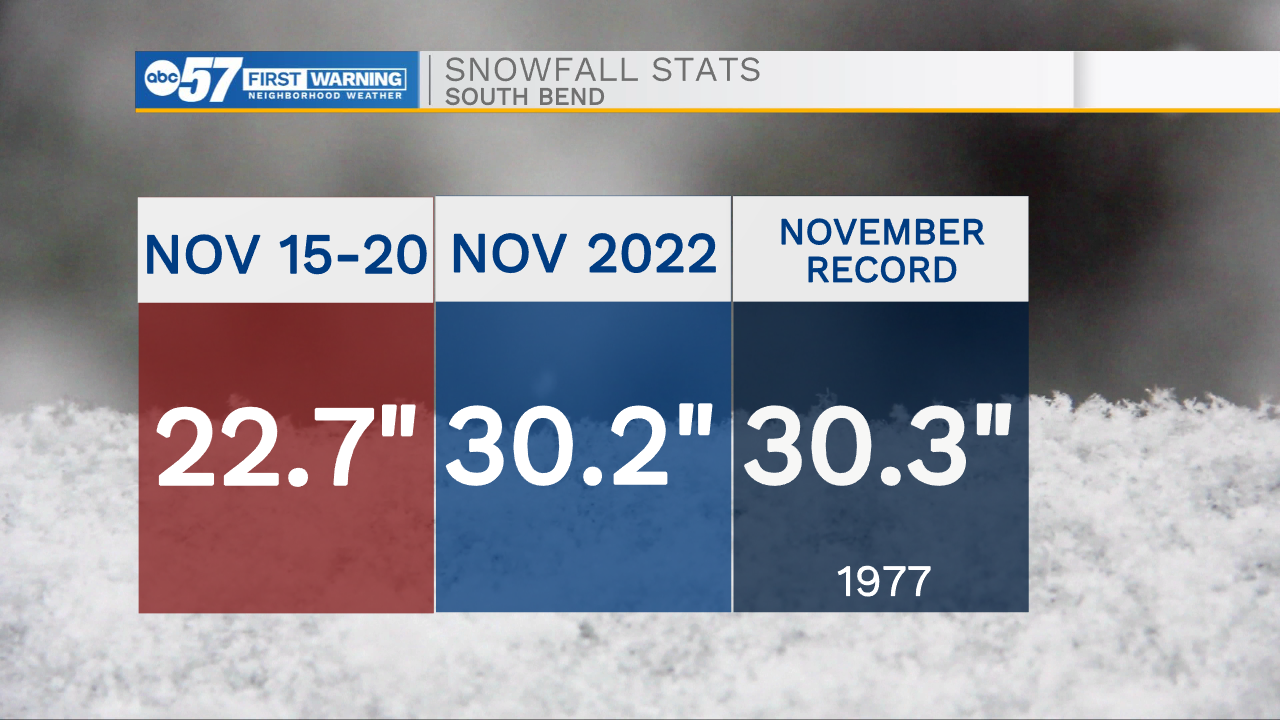 This year is only a tenth of an inch of snow off of the November snow record set back in 1977. Any occasion when you are setting snow records along with 1977 or 1978 in South Bend is a BIG deal.

Some are wondering if we'll get a break from the snow once meteorological winter arrives on December 1.

Michiana certainly didn't get a break back in 1977. After more than 30 inches of snow fell during the month of November, nearly three more feet fell in December! 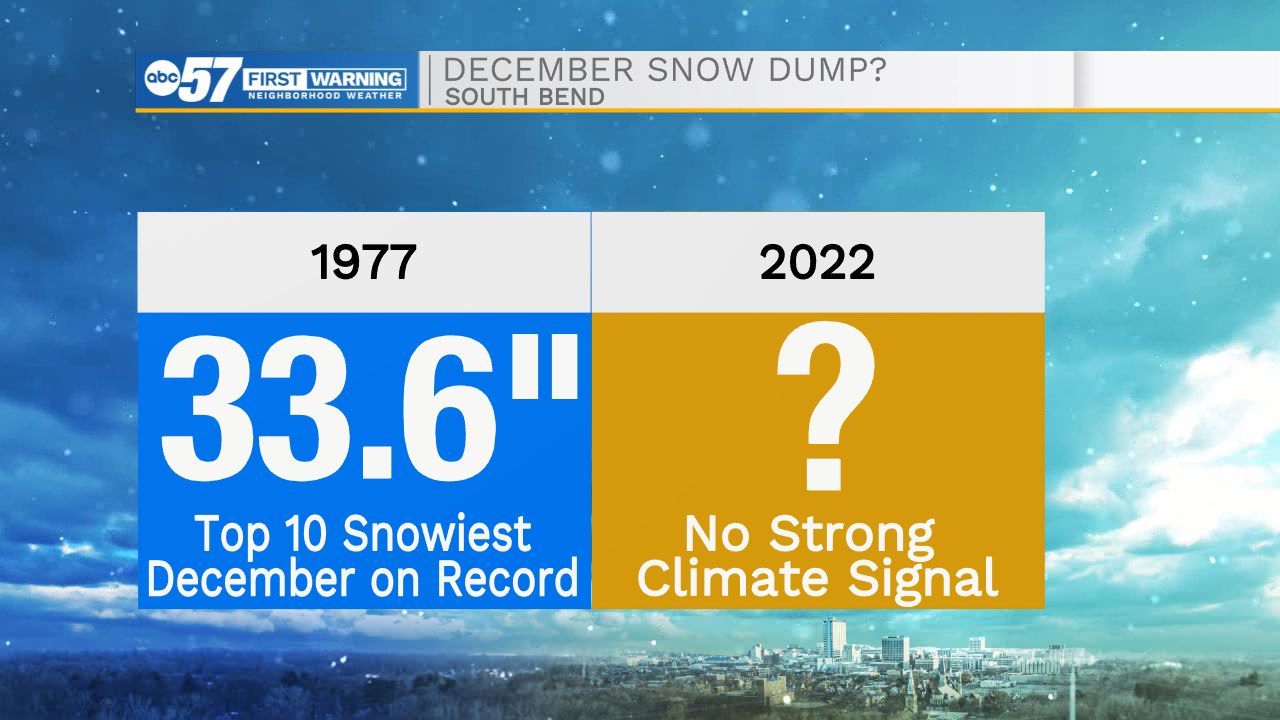 The current Climate Prediction Center outlook for December 2022 does not show a strong temperature or precipitation signal, so we don't have many clues at the moment as to how much snow next month will bring.

However, I dug into the data for the last 10 snowiest Novembers in South Bend and found that they all had something in common.

Every single year in the top ten for snowiest Novembers preceded a winter with either near or above normal snowfall!

And 80% of the time, the snowy weather continued into December. 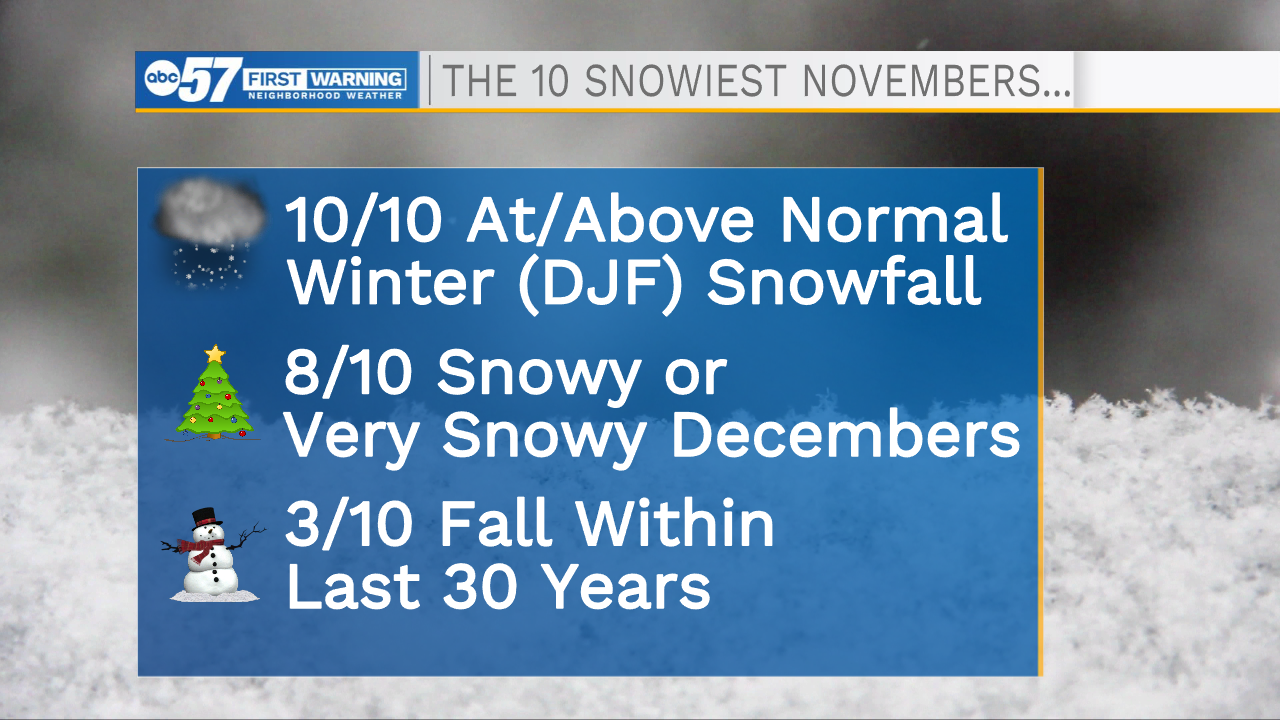 Only three of the top ten snowiest Novembers have occurred during the past 30 years. Interestingly, there has been a trend towards a not-very-snowy December. 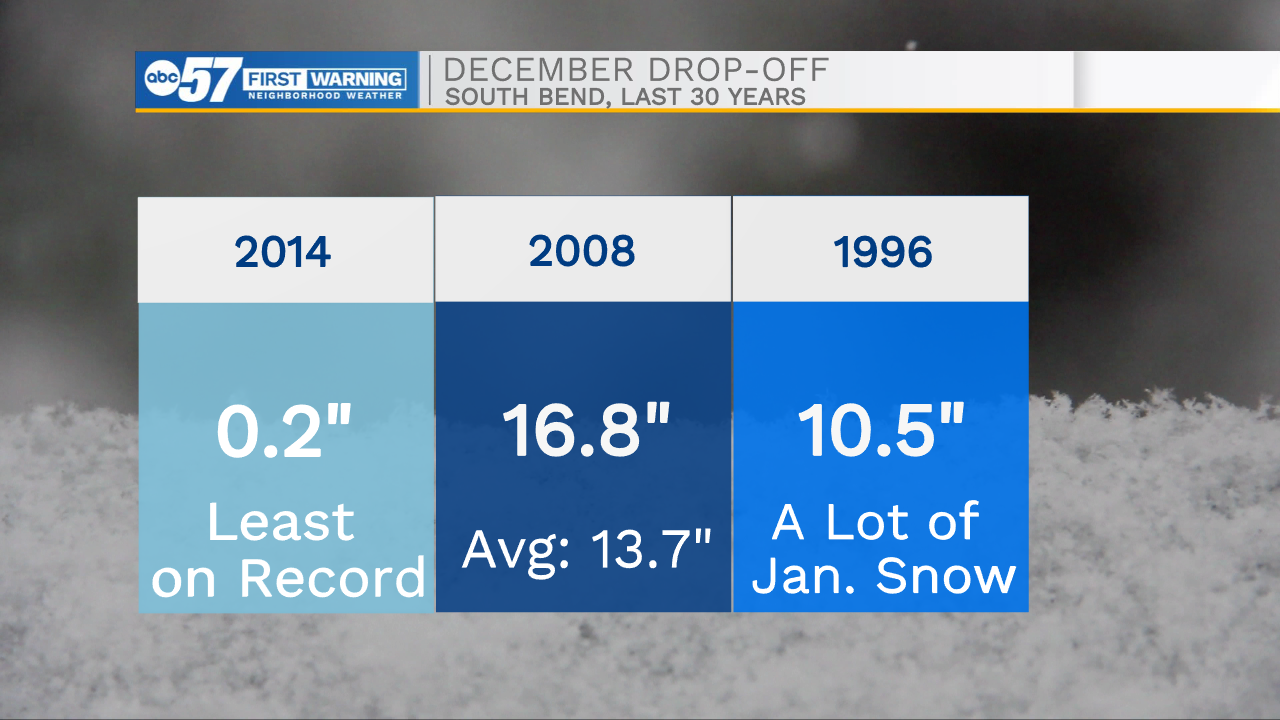 So, if history is any indication, we might get a break from the heavy snow to start winter after all.

However, in all three of these years, South Bend has finished the season with above normal snowfall.

So, the snow seemingly finds a way no matter what. Make sure the snowblower is ready, Michiana!