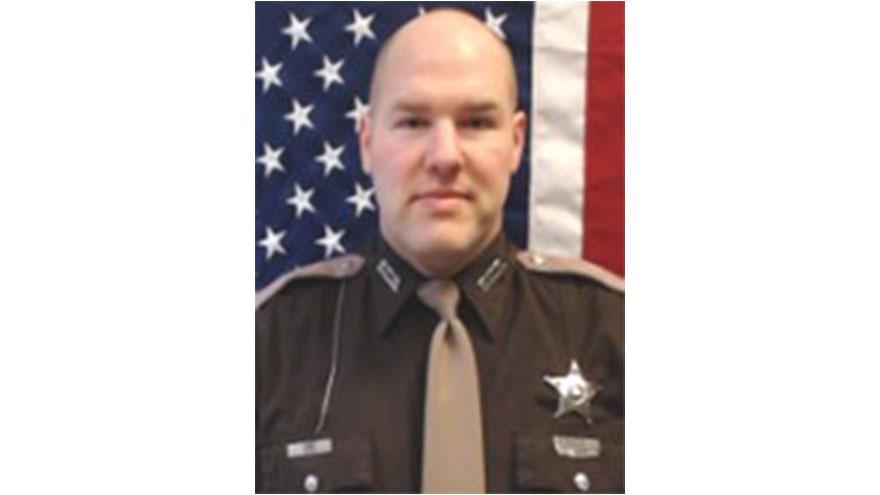 SHELBY COUNTY, Ind. -- A motorcyclist killed in a crash on I-74 has been identified as an off-duty Shelby County Sheriff's deputy, according to Indiana State Police.

Police responded to a crash on I-74 near SR 9 at 3:38 a.m. When they arrived, they found jay Griffith Jr, 37, pinned under the motorcycle. Despite life-saving efforts, he was pronounced deceased at the scene.

Griffith was participating in a multi-state motorcycle ride with a large group of motorcyclists. The ride had just started in Shelbyville when the crash happened.

The preliminary investigation determined Griffith was westbound on I-74 and exited onto the ramp to SR 9. For unknown reasons, he applied the brakes and began to skid, police said. The motorcycle overturned and trapped Griffith underneath.

Police said he was wearing a helmet.

It is with great regret to report the motorcyclist who was involved in the fatal crash on I-74 near the S.R. 9 exit this morning was Deputy Jay L. Griffith Jr. Deputy Griffith was off duty at the time of the crash. He began his career with the Shelby County Sheriff’s Department in June of 2013. Deputy Griffith’s passing is an immense loss to the Shelby County Sheriff’s Department and our community in which he lived and served. I want to share my condolences with Jay’s family friends and colleagues, he will be greatly missed. Please respect the Griffith Family’s privacy during this very difficult time.