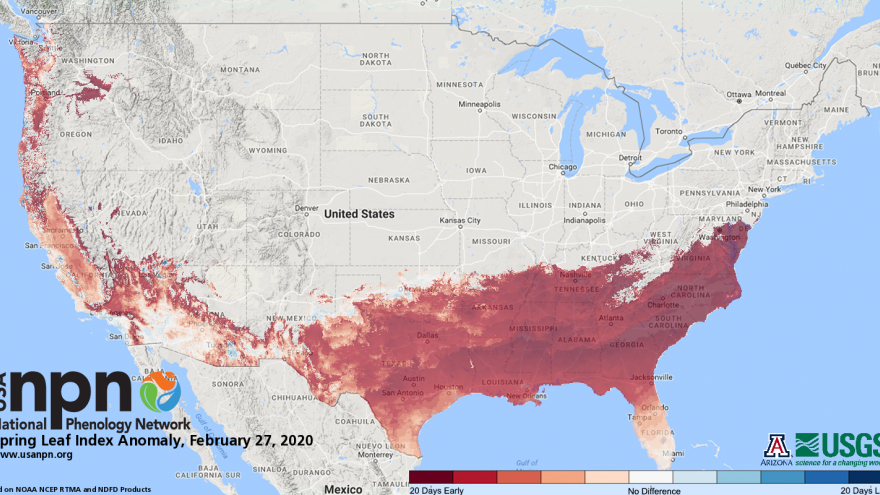 SOUTH BEND, Ind. -- Spring is occurring incredibly early -- and in some locations record early -- across most of the southern tier of the United States. And it's only late February! 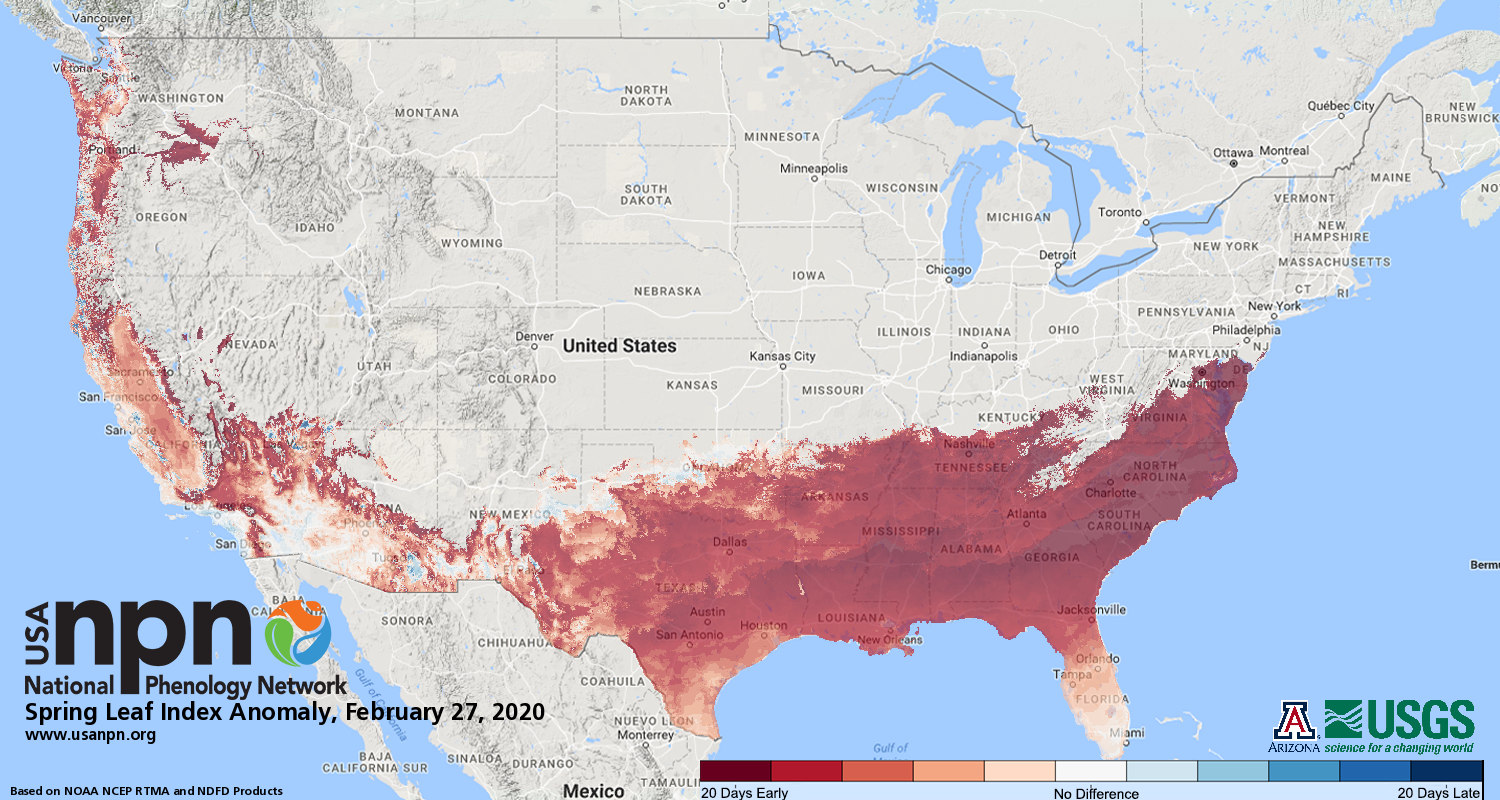 Spring Leaf Index this year compared to normal as of February 27th.
The USA National Phenology Network's latest "Status of Spring" shows much of the Southeast is seeing an unusually early start to spring. But how does one measure that?

You can use what's referred to as "spring leaf out" and "spring bloom." In other words, one can highlight areas where the first leaves and first buds are present, and compare it to normal. 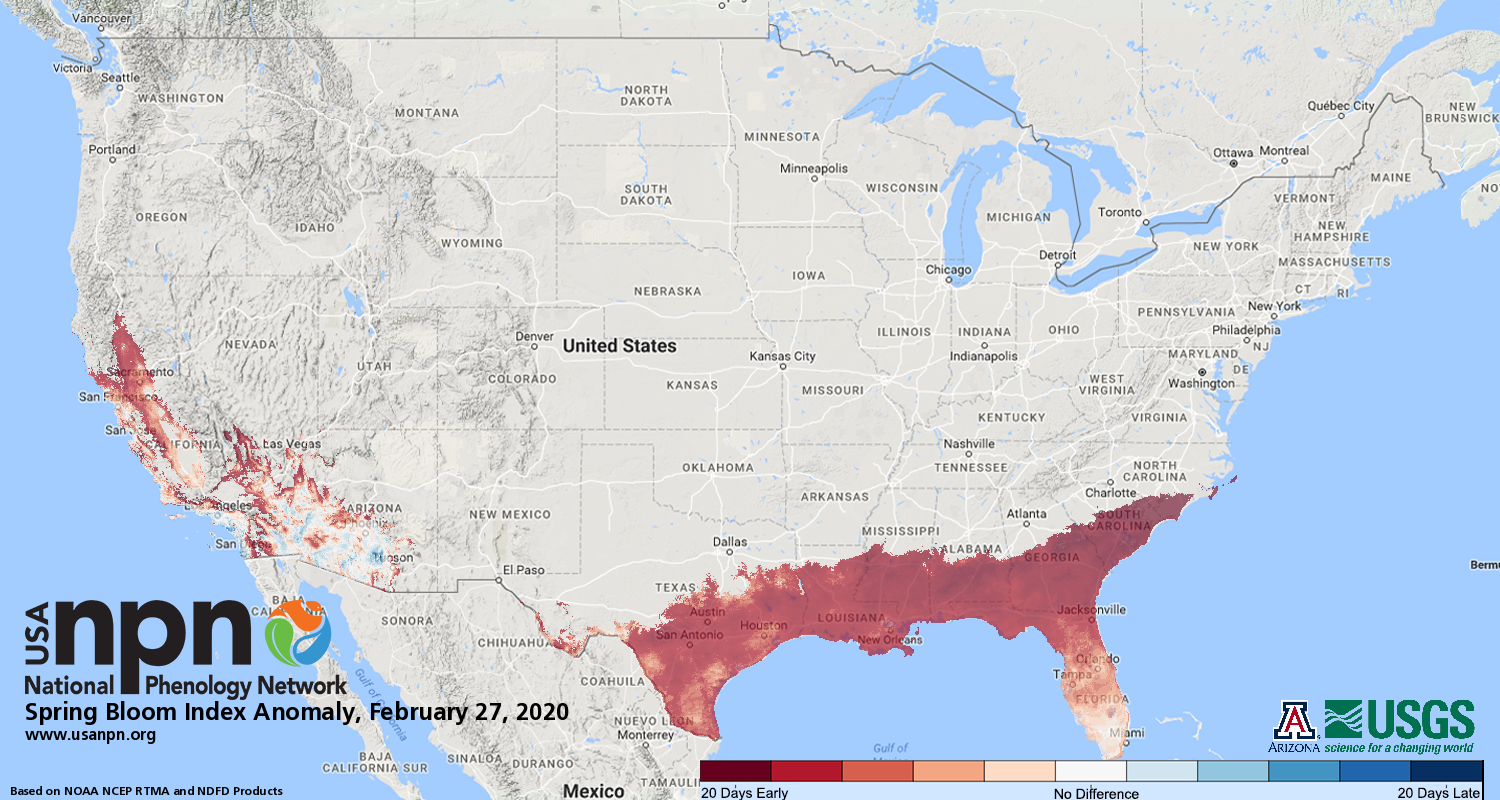 First Bloom Index this year compared to normal dates for the first bloom.
As of February 27th, states such as Texas, Louisiana, Mississippi, Alabama, Georgia, Florida, Tennessee, the Carolinas, Virginia, and even Kentucky and Maryland are seeing leaves 2-4 weeks early than normal. That is significant.

It's all courtesy of a very mild winter, a lack of truly arctic outbreaks and a substantially wetter-than-normal pattern across the Southeast. 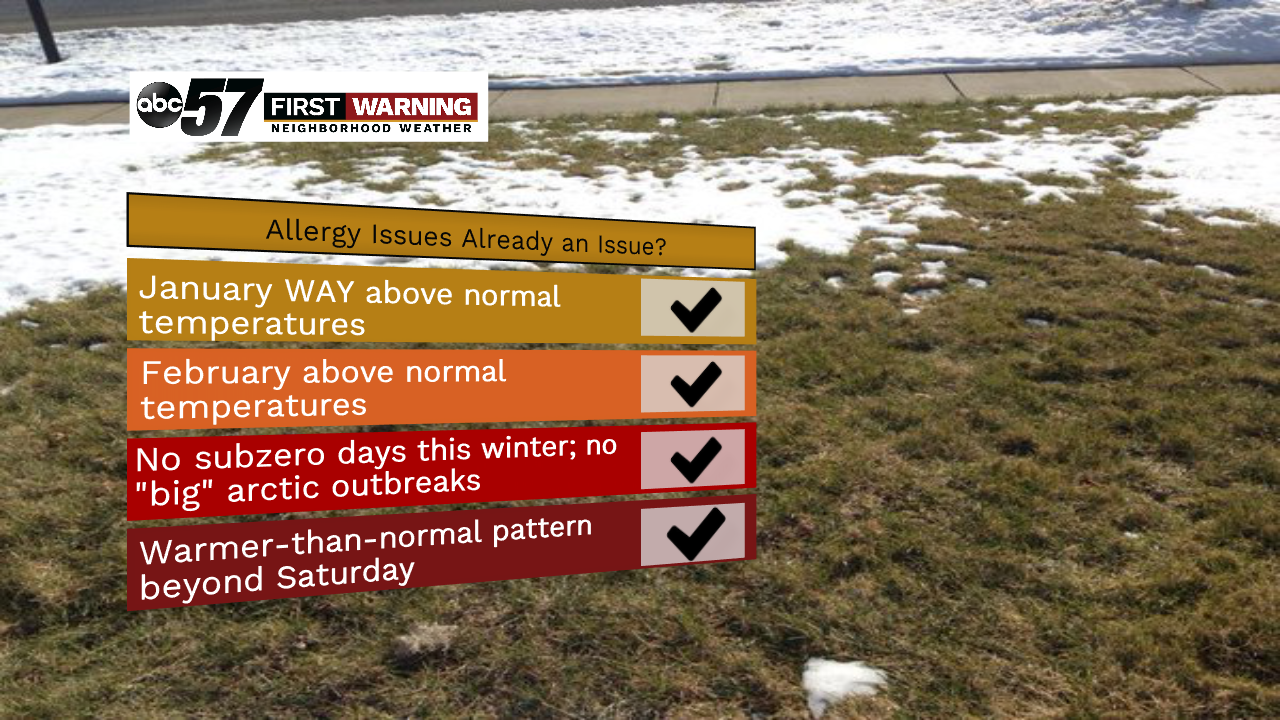 Michiana allergy season on the way already?
It's not just down south, though. We here in Michiana have seen a much warmer winter than what we're accustomed to. January was way above normal, February has been just above normal, we've seen no subzero temperatures all winter long, and we are lagging behind in the snowfall department.

All of that, combined with an expected milder-than-normal pattern taking over as soon as March kicks off, is set to trigger allergen rises all the way into northern Indiana and southwest Michigan. 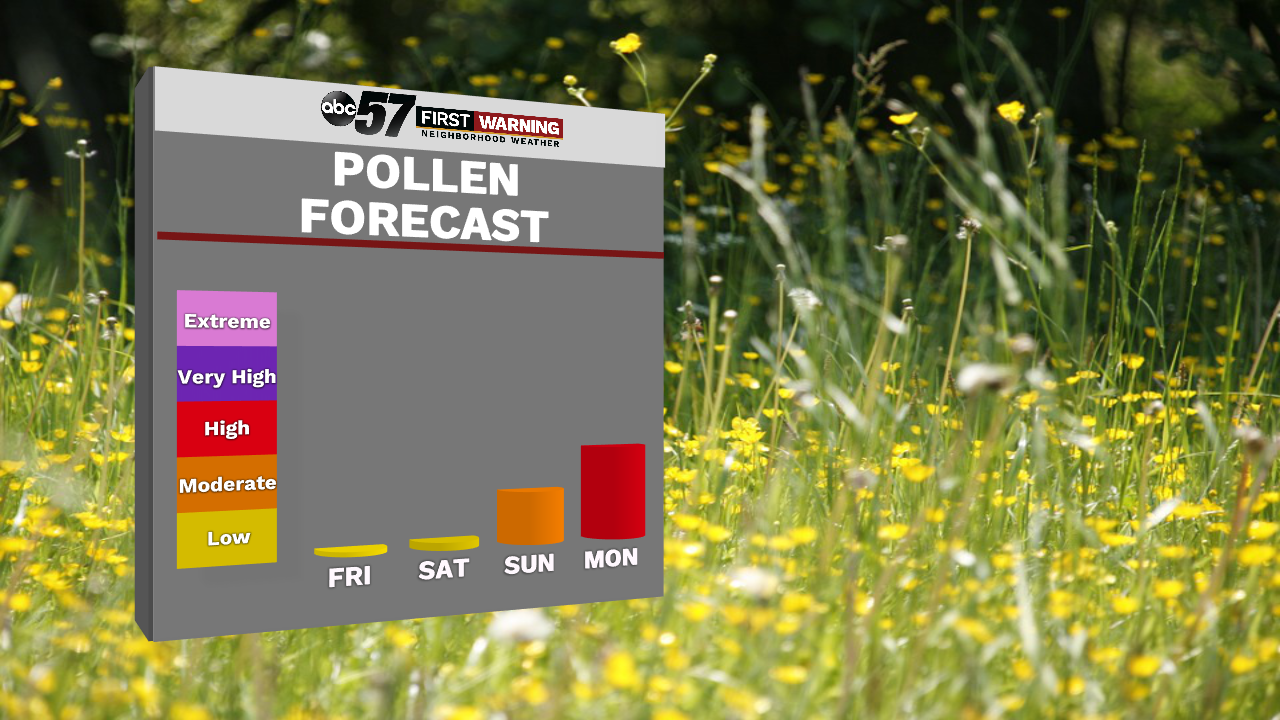 As temperatures head into the 40s and even 50s by Sunday and early next week, tree pollen is expected to jump up into the "moderate" category. That would mark the first time we've seen our allergy levels rise above "low" this year.

Yes, we're talking pollen rises despite the 4-8" of snow on the ground.

Of course it's important to remember that our snowpack, the colder nighttime temperatures and the rain in the forecast early next week will help combat the rising pollen counts.

Regardless, sneezing and sniffling is on the way much, much earlier than normal, and significantly earlier than what we saw in 2019!