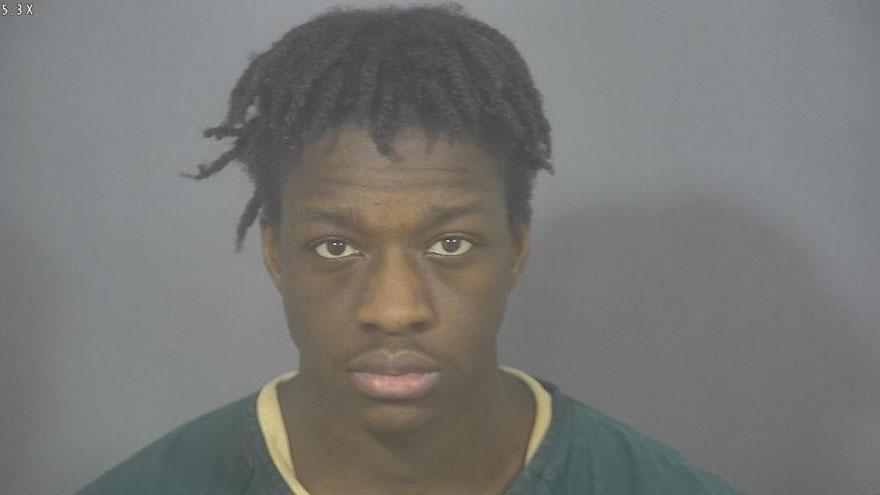 ST. JOSEPH COUNTY, Ind. -- One of the men accused of killing Alan Diaz in March 2020 has been sentenced. Oluwatomipe Makanjuola was sentenced to 45 years in prison on Wednesday.

Makanjuola pleaded guilty to one count of murder as part of a plea agreement in May. The court accepted the plea before sentencing him to 45 years in prison. He received 541 days credit.

Three other defendants also faced murder charges in this case.

Oliver Bwalya was convicted of murder at trial in May 2022. He was sentenced in June to 55 years in prison.

James Edward Birtcher, III, is scheduled to go to trial on one count of murder on August 29.

Adonis Zakeydaryll Harris is scheduled to go to trial on one count of murder in November.

Around 11:40 p.m. on March 3, South Bend Police were called to N. Elmer Street for a ShotSpotter alert and a call about a man down.

When they arrived, they found Diaz lying on the walkway near the house. He was transported to the hospital with a gunshot wound to the abdomen.

Three spent casings and cash, along with some counterfeit bills, were recovered from the scene.

Diaz was later pronounced dead at the hospital.

One of the suspects in that case, Oliver Bwalya, told investigators he and his accomplices were also involved in a crime in South Bend on March 3, reports said.

Ballistic evidence from the home invasion revealed one of the firearms from Diaz’s homicide was also used in the Cass County crime, according to the probable cause affidavit.

CMHU detectives interviewed Bwalya who said he and three accomplices had been involved in a crime in Michigan and went to Indiana to purchase marijuana from Alan Diaz, reports said.

Bwalya told police some of the money for the purchase was counterfeit, reports said.

After the purchase, Bwalya said he was walking back to the car when he heard Diaz yell out, report said.

At that time, the three accomplices began firing at Diaz, reports said.

Investigators say ballistic evidence obtained from the scene confirmed there were multiple firearms fired at the Elmer scene, report said.

Bwalya told police he never had a gun or shot at Diaz and identified the three men he was with that night, according to the probable cause affidavit.

Makanjuola was arrested along with Bwalya in Michigan.

Makanjuola provided much of the same information as Bwalya.

Makanjuola told investigators Bwalya sent him a Snapchat that said, “On gang be here and have sticks bro I got 3 planned out hits already the rest are just optional but the 3 are 100%,” reports said.

He and two friends then drove from Columbus, Ohio and met up with Bwalya, reports said.

Their plan was to use counterfeit cash to buy marijuana, reports said.

Harris was later arrested in Ohio. He was in possession of a 9mm handgun that matched ballistic evidence from the Cass County incident but not Diaz’s murder.

Birtcher, III, is scheduled to go to trial on one count of murder on August 29.

Harris is scheduled to go to trial on one count of murder on July 25.