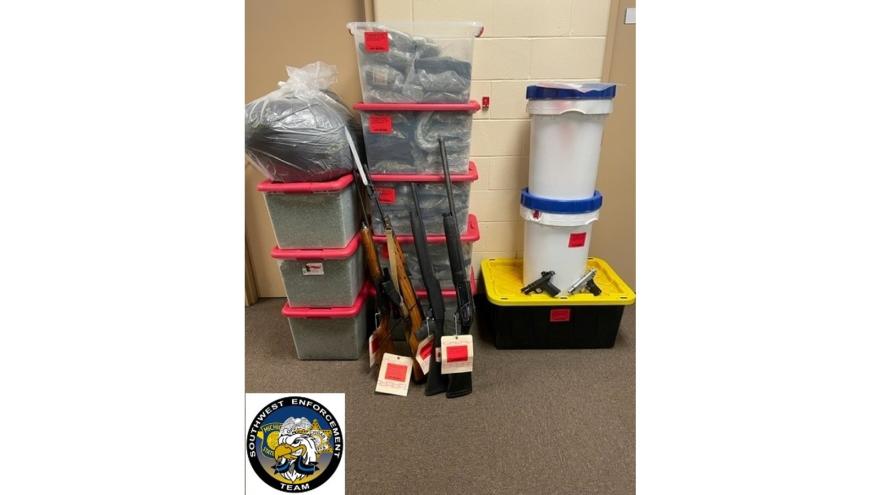 BERRIEN COUNTY, Mich. - Over 125 pounds of black-market marijuana was seized from a home in Berrien County during a search warrant on Sunday, according to the Michigan State Police Southwest Enforcement Team.

On November 27, deputies with the Berrien County Sheriff's Office responded to an assault with a deadly weapon report on County Line Road in Watervliet Township.

According to reports, a 47-year-old Kentucky man had threatened another man with a firearm.

When deputies responded, they found a large amount of marijuana and called SWET detectives to assist.

Detectives and deputies located approximately 125 pounds of black-market marijuana, a small amount of cocaine, two pistols, two rifles, and two shotguns in the Kentucky man's possession, according to reports.

The man was arrested and taken to the Berrien County Jail for assault with a deadly weapon.

Additional charges will be sought in connection with the marijuana, firearms, and cocaine violations, detectives said.