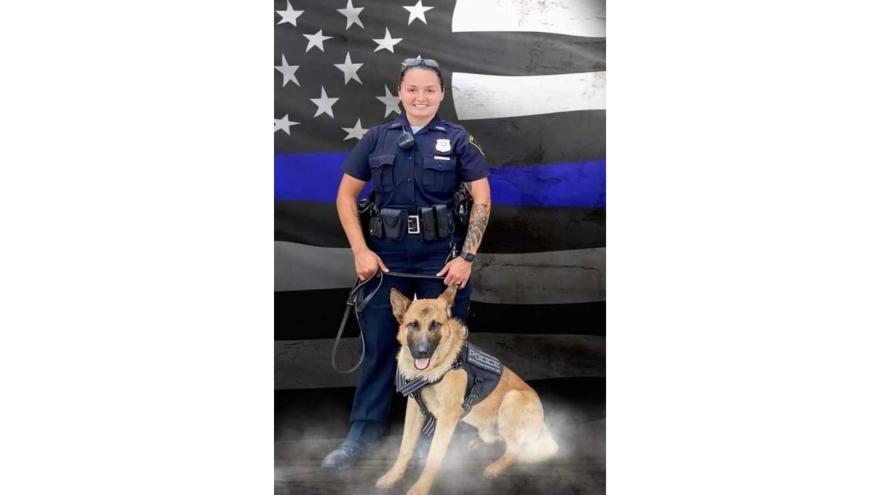 RICHMOND, Ind. (AP) — Authorities say an eastern Indiana police officer who was shot in the head during a traffic stop in August has died more than two weeks after being removed from life support.

The Richmond Police Department says in a statement posted to Facebook that Officer Seara Burton died Sunday night at a Reid Health facility.

Burton was critically wounded in the shooting Aug. 10, in Richmond, about 65 miles east of Indianapolis. She was moved to hospice care after being removed from life support Sept. 1 at a hospital in Dayton, Ohio.

The 28-year-old officer was a four-year veteran of the Richmond department.

The subject of the traffic stop was earlier charged with three counts of attempted murder and four other charges.

“Our hearts are heavy as we grieve alongside Officer Seara Burton’s family, colleagues, loved ones and the Richmond community she so nobly served. Officer Burton dedicated four years and her life to the Richmond Police Department and lived the oath she took to serve and protect to the fullest.

Janet and I send our condolences to Officer Burton’s family and loved ones as they search for peace and strength from a power greater than all we can muster.”