NOW: Officer accused of sex with a minor has a history of working with teenagers

A South Bend police officer, accused of having an inappropriate relationship with a 16-year old girl, had another job not long ago working directly with teenagers.

ABC57 obtained the personnel file of South Bend police officer Timothy Barber through a public records request. Barber is still on unpaid leave, while he faces multiple charges for sex crimes involving a minor. Shortly before SBPD hired Officer Barber, he worked for a year at First Baptist Church of Mishawaka as its youth director. 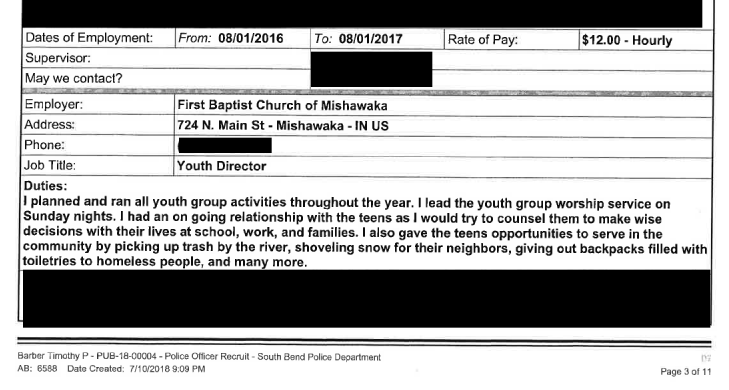 According to Barber's resume, he ran youth group activities and had an ongoing relationship with teens as a counselor. Barber's application says he graduated with a degree in biblical counseling, to start a career as a youth pastor. 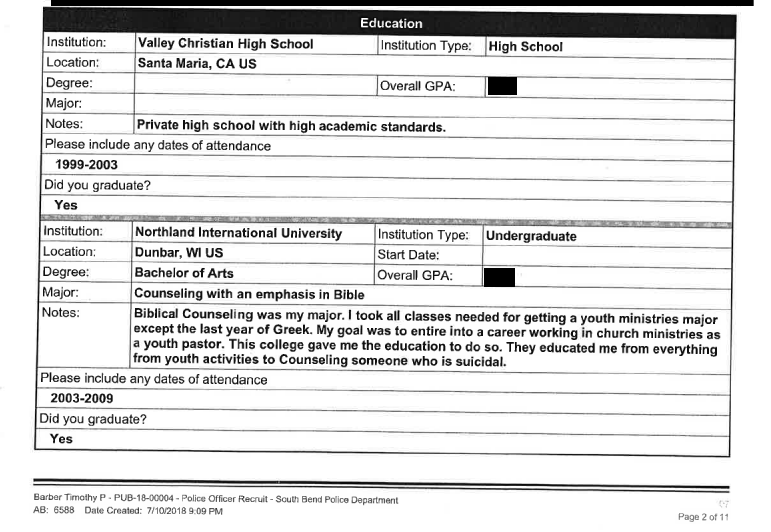 Barber is accused of repeatedly having sex with a 16-year old girl, while on the job as a sworn police officer. According to court records, the victim said Barber showed up to her place of work, in uniform, and exposed himself. She told investigators she felt pressured to continue the relationship with Barber because he was a cop. 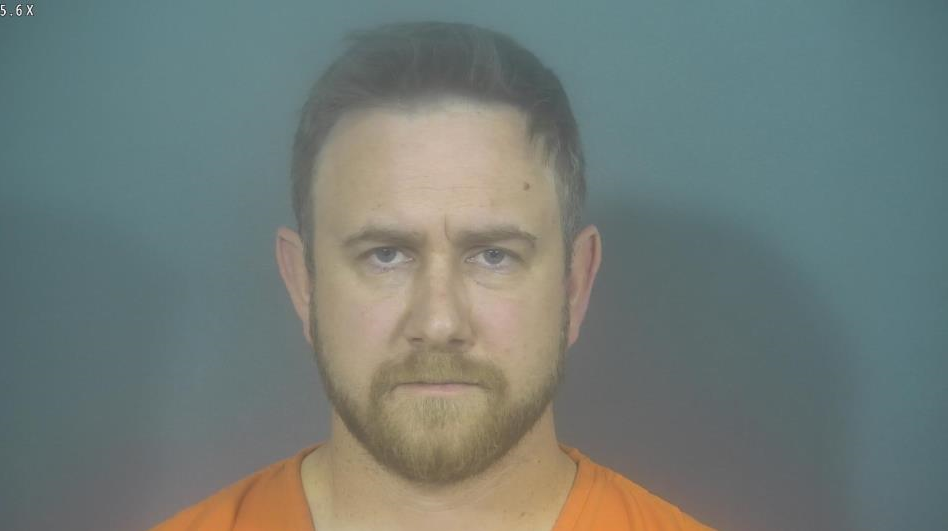 ABC57 has reached out to First Baptist Church of Mishawaka to ask about Barber's time as a youth director, and have yet to hear back.