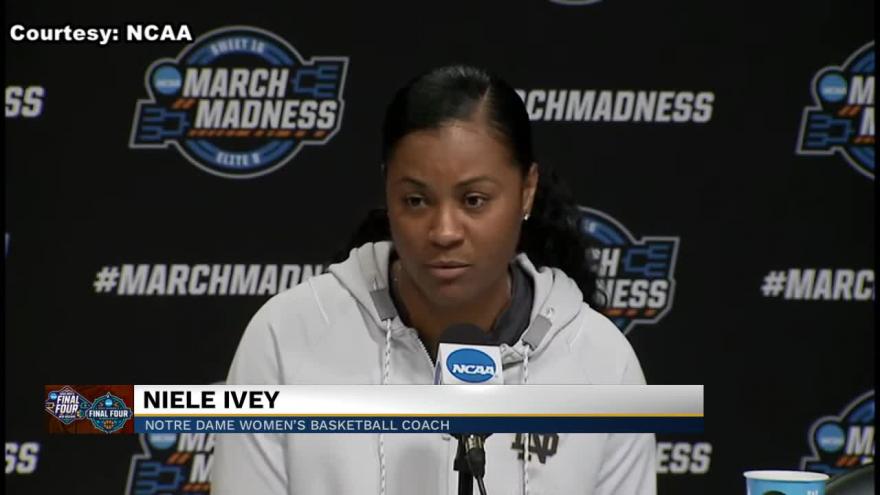 BRIDGEPORT, Conn. -- The Notre Dame women’s basketball team is gearing up for their next game in the NCAA tournament. They will take on North Carolina in the Sweet Sixteen.

The Fighting Irish made two big wins in the first and second rounds of the Bridgeport regional in Norman, Oklahoma.

Freshman Guard Olivia Miles made history by becoming the first Irish player to earn a triple double in a March Madness tournament.

Head Coach Niele Ivey says she will be leaning on Miles and a few others to help lead the team to victory Saturday, and move on to the Elite 8.

“The past two rounds I think I've watched my team grow. We are young, but they're blossoming in front of our eyes. We're peaking right now. We're peaking at the right time. I'm a young coach, as well, so we're all growing together, my group,” Ivey said.

The team has already played North Carolina this season – and won 69 – 57. They’re hoping for a similar outcome on Saturday.