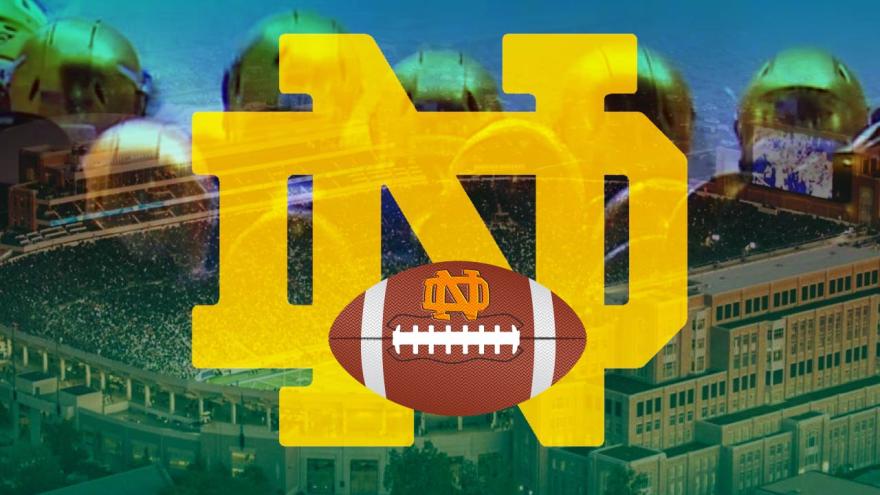 Notre Dame started on defense this time around. The Tar Heels drove down the field but stalled in the red zone. North Carolina Head Coach Mack Brown made the decision to go for it on 4th and Goal. The Tar Heels found the endzone, taking a 7-0 lead on the Irish with about 10 minutes to go in the quarter. Once again, the Irish offense was sluggish in the first quarter. Notre Dame missed a 44-yard field goal, and went into the second quarter scoreless, trailing 7-0.

Notre Dame found a big play to start the second quarter, with running back Logan Diggs gaining 40 yards on a pass from Drew Pyne. The drive would be capped off with a 10-yard Michael Mayer touchdown reception early in the second quarter, knotting up the contest at 7. After forcing the Tar Heels into a three-and-out, Notre Dame struck again. This time a big run from Audric Estimé set up a long touchdown pass to Lorenzo Styles. The Irish took a 14-7 lead. North Carolina had some big plays of their own on their next drive, which ended with a touchdown catch by Josh Downs with 7 minutes left in the second quarter. After another long, methodical drive, Audric Estimé would walk into the endzone for the Irish with about 2 minutes to play in the quarter. Notre Dame retook the lead, 21-14. The Irish would add a field goal just before halftime and take a 24-14 lead into the break against North Carolina.

Notre Dame started the second half with the ball and scored an easy touchdown on a 30-yard pass from Drew Pyne to Logan Diggs. The Irish looked in command with a 31-14 lead. After 14 quarters played, the Irish defense finally forced their first turnover of the season. Notre Dame recovered a Drake Maye fumble deep in Carolina territory and eventually punched the ball in from a yard out. The score was 38-14 Irish. North Carolina would add a touchdown but miss the two-point conversion, setting the score at 38-20 heading into the fourth quarter.

The Irish would score another touchdown to go up 45-20. North Carolina would score two touchdowns in the quarter, sandwiched around a Notre Dame fumble at the goal line. The Irish kneeled down to put the final two minutes to bed. Notre Dame takes down the Tar Heels, 45-32.