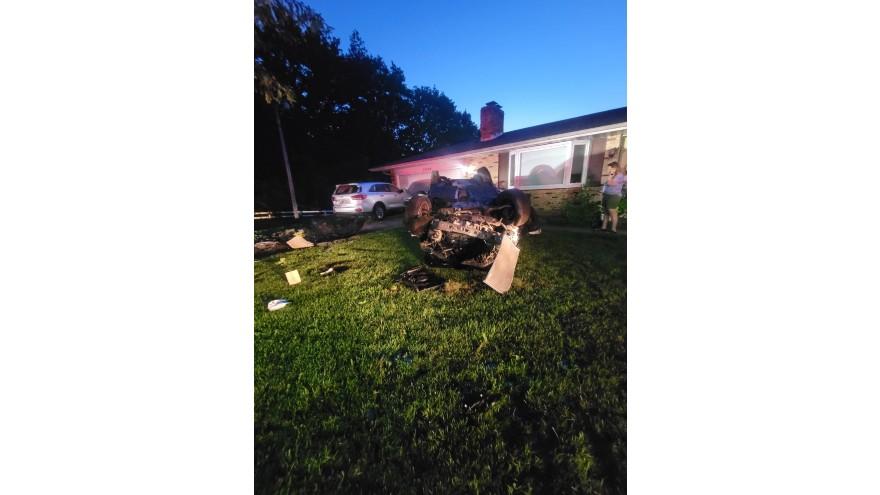 PORTER TOWNSHIP, Mich. -- At 5:35 a.m. on Monday, deputies responded to investigate a three-vehicle crash on Union Road that injured one and left three vehicles damaged, according to the Cass County Sheriff's Office.

Initial investigation showed that a 28-year-old man was driving eastbound on Union Road.

While rounding a curve, investigators believe that the driver took his eyes off the road and drove into the driveway of a home, striking the two cars parked at the residence.

The driver's vehicle flipped over after striking the parked cars.

He was transported to Elkhart General Hospital for injury treatment.

Alcohol is not believed to have been a factor in the crash.