It's something that you hear in every weathercast: the word "normal."

We compare high temperatures, rainfall deficits, and snowfall amounts to what the normal value is for a particular part of year.

What you may not know is, that "normal" value is based on a data set that spans 30 years. Now that we've entered a new decade, our "normals" have been updated, and we have something more accurate to compare our daily weather observations to.

One thing is for sure: the new normals across most of the United States are DRASTICALLY warmer than they were at the start of the 20th century. And, most spots have even seen warming compared to the last set of normals as well. 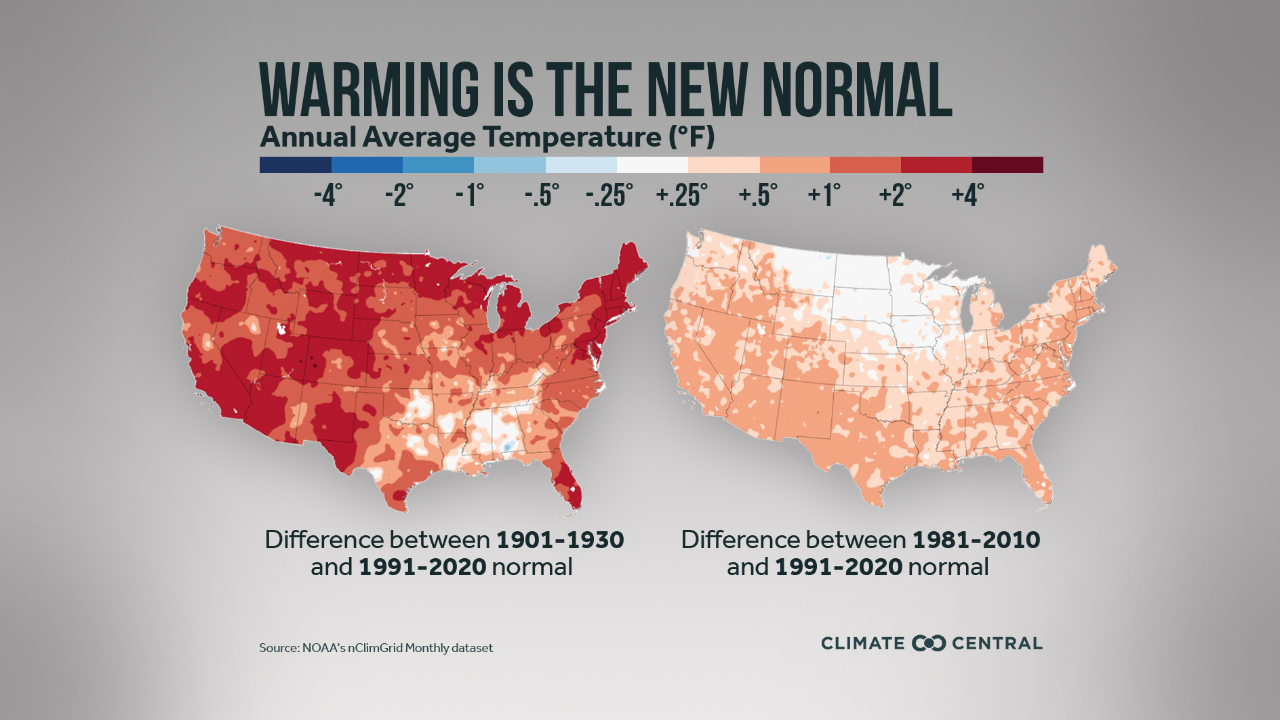 I poured into the local data, and as far as temperatures go, South Bend bucks the warming trend. Our yearly average temperature has DECREASED about a degree. 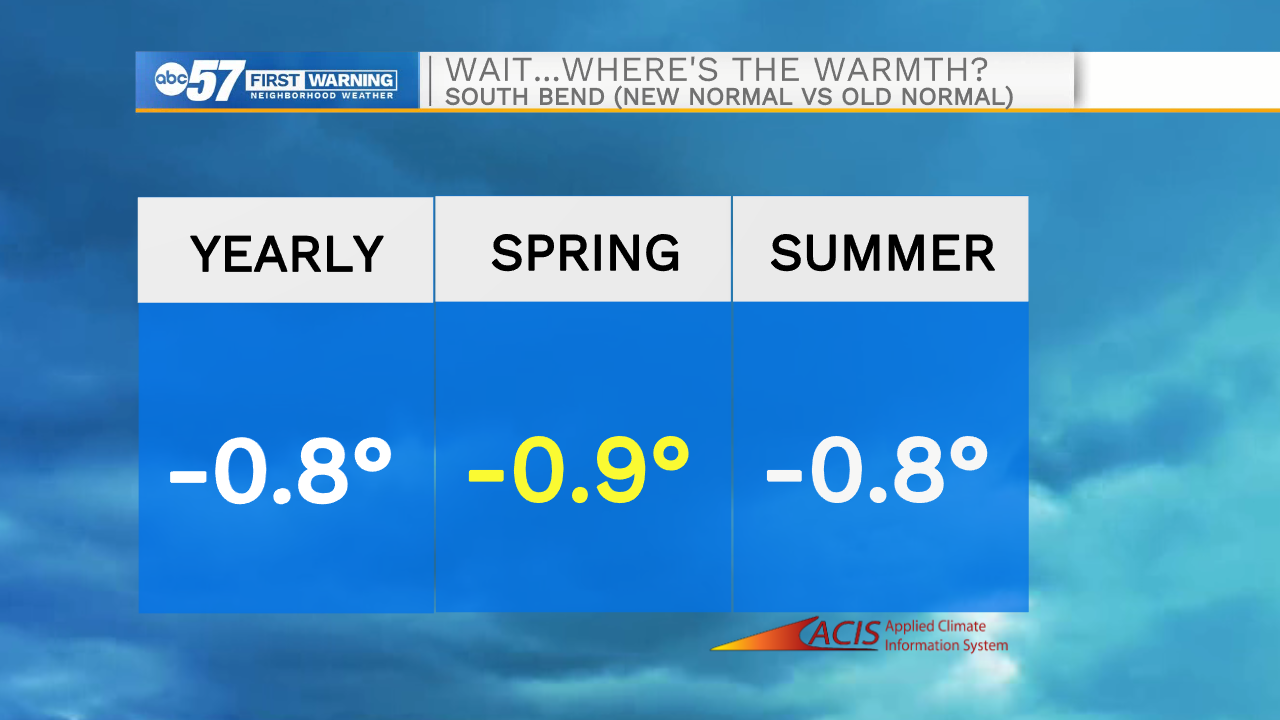 The biggest seasonal shifts were in the spring and summer.

At first glance, the temperature decrease might be cause for celebration, might not make sense, or both. What is happening locally starts to become more clear when you pair the temperature data with the new rainfall/snowfall normals.

South Bend's new normal yearly rainfall is just over 39 inches. This is a significant increase from the "old" normals. 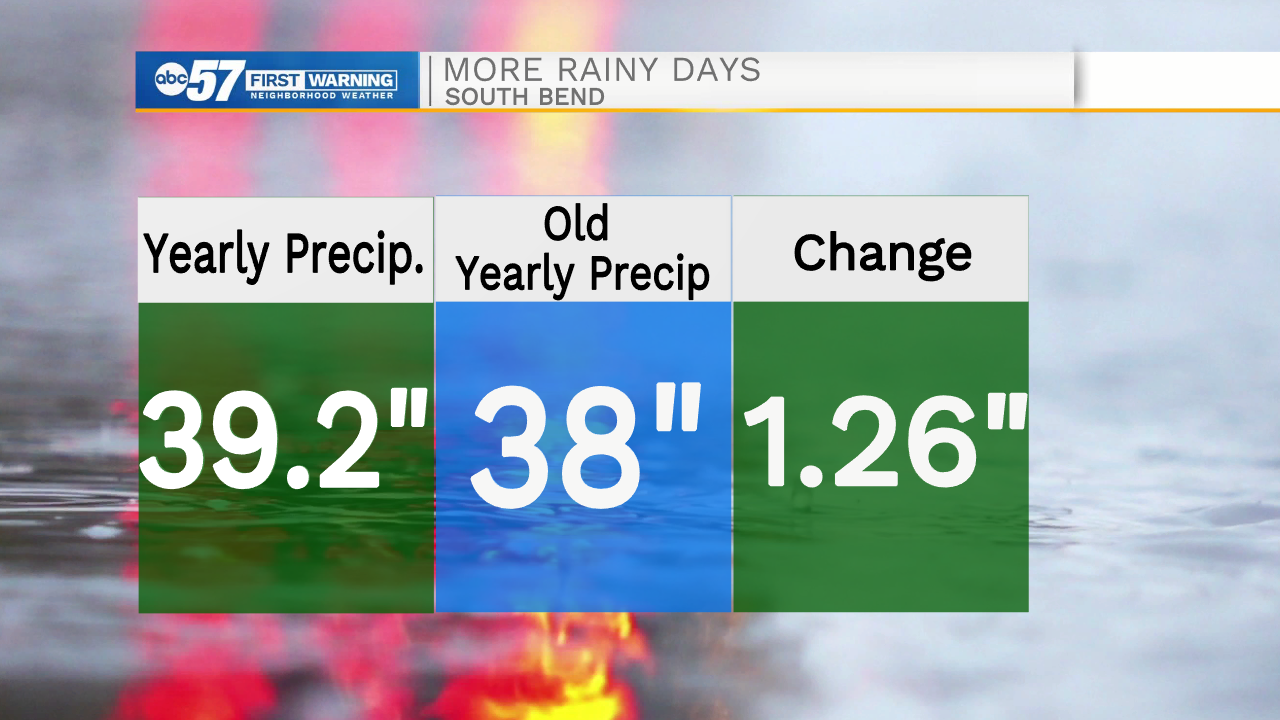 At the same time, our yearly snowfall has decreased by 2.5 inches. 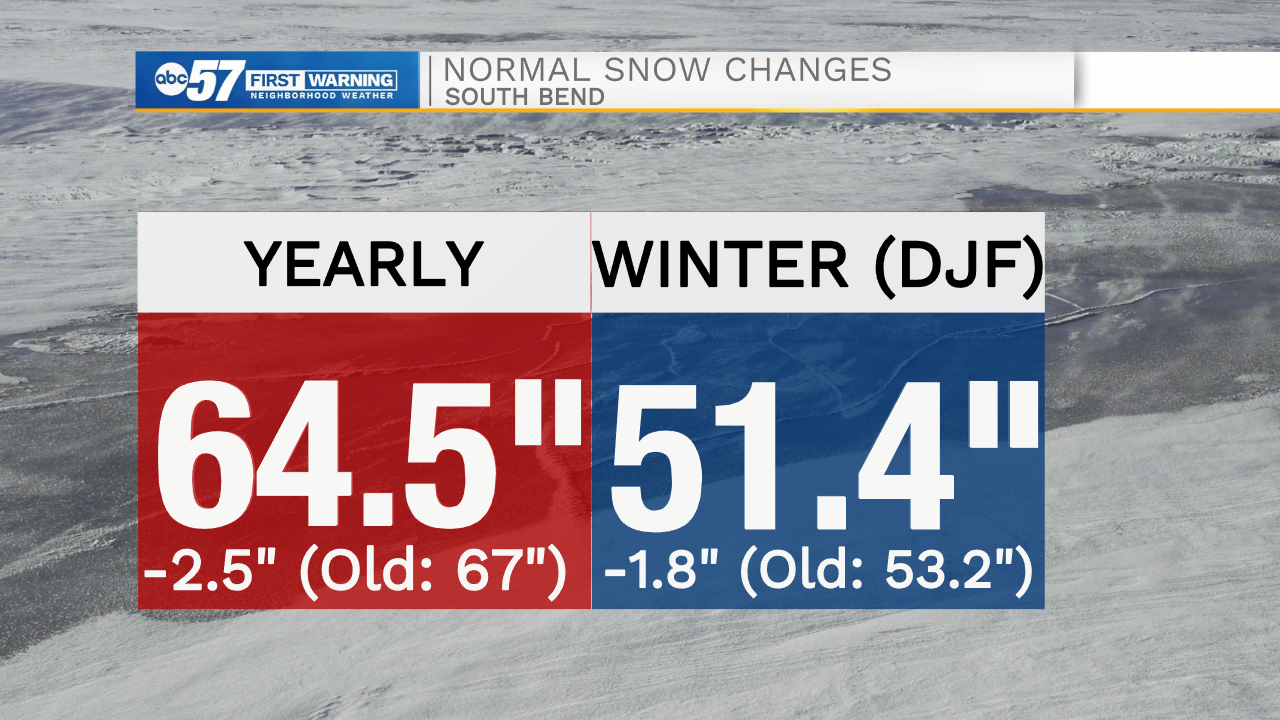 This makes sense: a warmer atmosphere can hold more moisture, increasing the chance/amount of rain. At the same time, snow becomes less likely because of warmer temperatures.

But, wait- didn't our normal temperatures decrease slightly? Yes. Paired with precipitation data, the most likely cause of the temperature decrease is the increased rainfall leading to cooler highs. There is a direct correlation to the biggest temperature decrease in the spring (-0.9 degrees) and a big rainfall increase (0.6" during March, April and May). Our proximity to Lake Michigan might also be a factor in our cooler temperatures as well.

One thing is for sure: climate change is not skipping over Michiana. Heavy rain events are becoming more "normal," making flooding a major concern across Michiana in the coming years and decades. 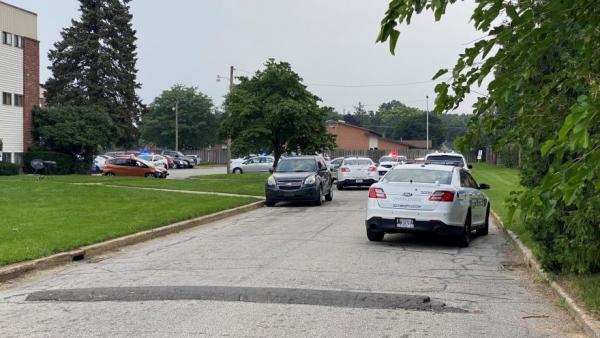