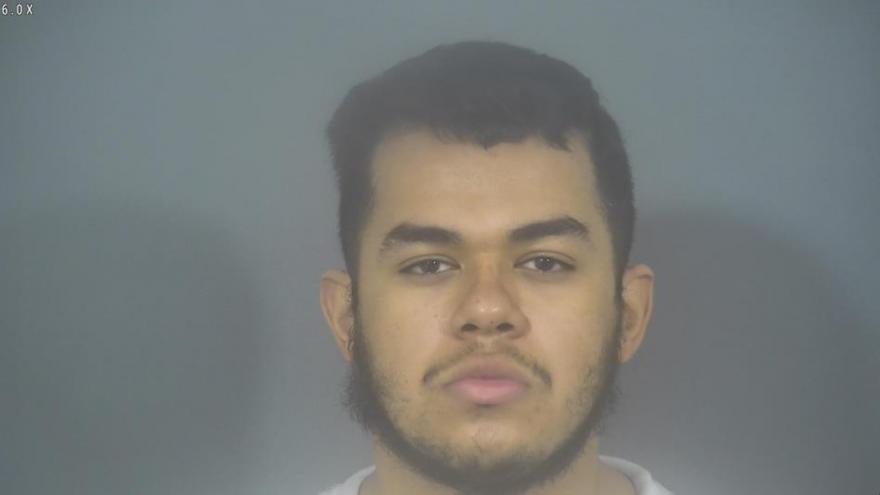 ST. JOSEPH COUNTY, Ind. - A man was charged with counterfeiting after he allegedly faked his son’s COVID results when he was supposed to report to a work release facility, according to the probable cause affidavit.

On December 2, Nicholas Sims was sentenced to serve a direct commitment at the Ducomb Center for a previous sentencing.

On December 3, Sims told the Senior Officer in Charge that he could not go to the center because his son tested positive for COVID-19, according to reports.

On December 7, Sims emailed the Senior Officer a photograph of a document claiming to be from the St. Joseph County Regional Medical Center, reports said.

The document was dated December 5 but also had an admission date of December 3.

No admitting physician was listed, according to reports.

The medical center was contacted and the Saint Joseph Health System’s Health Information Management Department reported that the account number on the document was from Sims’ son’s patient visit in May of 2021, reports said.

The department also said the health system had changed to a new reporting system in October of 2021 and the account number on Sims’ documentation was from the old system.

Sims’ son had not been seen by the St. Joseph County Regional Medical Center due to a positive COVID-19 diagnosis in December 2021, showing that the document provided by Sims was not made by the medical center, according to the probable cause affidavit.

Sims is being held at the St. Joseph County Jail on a $500 bond.

His initial hearing is set for January 20.