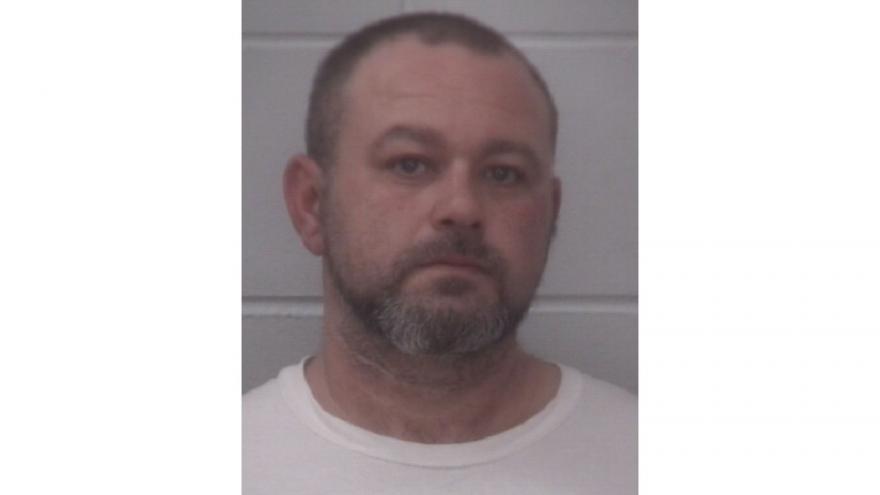 ELKHART COUNTY, Ind. – A man is being charged with neglect of a dependent after he allegedly left juveniles alone at home for nearly 24 hours, according to the probable cause affidavit.

When the officer arrived, he met with the 12-year-old female and the 10-year-old male.

Both children said they had been home alone with the three-year-old since 9 p.m. on December 17.

The 12-year-old had her grandmother on the phone when the officer arrived.

The grandmother said the three children have been getting left home alone a lot and they don’t have any food. She also said there was no way to lock the exterior door to the residence.

The 12-year-old said someone had ordered them food around noon.

When the officer went into the house, the 12-year-old showed him the door that was broken. She said they have to put a butter knife in the door to keep it closed.

While in the house, the officer noticed a sink overflowing with dirty dishes, leftover food laying out, and an overflowing trash can, according to reports.

The officer also saw numerous roaches crawling inside the residence, including in the microwave, refrigerator, and kitchen cabinets.

There were a few food items in the fridge and freezer, according to reports.

As the officer continued to speak with the 12-year-old, 38-year-old Steve Peepers arrived at the house with a woman.

Peepers is the stepfather of the children and has custody of them, according to reports.

Peepers said he had just been running to the grocery store and that he only left 30 minutes ago.

The officer told Peepers that, according to the children, he hadn’t been home since 9 p.m.

Peepers said he had been home all day, according to reports.

Peepers said the grandmother was putting stuff into the kids’ heads to try to get him in trouble, according to the probable cause affidavit.

He said his 16-year-old son was supposed to be at the house but didn’t know why he wasn’t there.

The 12-year-old said she last ate Chinese food at noon and, when asked about the food Peepers said he brought to them, she said “oh yeah, he brought that like 20 minutes ago.”

The officer asked the 12-year-old how Peepers brought the children food 20 minutes ago when she previously said she hadn’t seen Peepers since 9 p.m. the day before but the 12-year-old got quiet as Peepers was walking towards her.

The 12-year-old said Peepers might have stopped by the house around 5 a.m. but that he left right away.

Other officers spoke with the children and reported finding the three-year-old in his crib wearing only a dirty soiled diaper and that there were bits of plastic inside the crib.

An officer spoke with Peepers and the woman, who told the officer he had picked up the woman, who is a friend of his, on his way to the grocery store.

The story Peepers told about when he brought the children food did not line up with the 12-year-old’s story.

After looking through the trash and in the house, no food bags were found from the food Peepers said he gave the children at 5:30 p.m., according to reports. Chinese food containers were sitting on top of the trash can.

The 12-year-old said the other brother stopped by for a couple minutes and then left.

As the 16-year-old continued to speak, the officer noticed that Peepers seemed to be coaching him on what to say so their stories lined up, according to the probable cause affidavit.

DCS arrived and police officers learned DCS had been called on December 8 for a welfare check.

Peepers was arrested for neglect of a dependent.

When asked where the children and Peepers sleep in the house, the 12-year-old said the three children share a room and Peepers doesn’t live in the residence.

An officer noticed the children had bug bites on their legs.

Officers discovered that the 12-year-old had called police on December 2 and said Peepers wasn’t home.

When DCS came to the residence for the welfare check on December 8, neither Peepers nor any other adult were initially present, reports said.

When DCS spoke to the 16-year-old during the December 18 incident, the 16-year-old said he and the other children sometimes go over a full week without adult supervision in the house and that the living conditions were not suitable for the children.

Peepers was also arrested for battery against a public safety official.