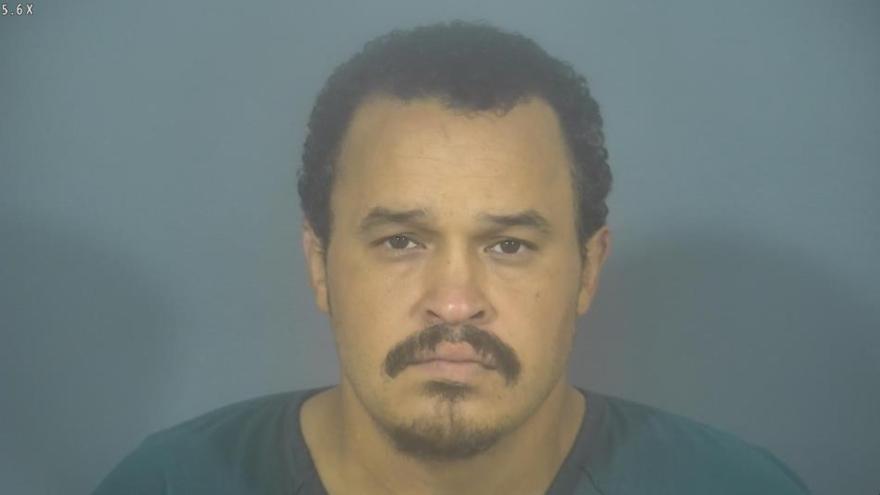 ST. JOSEPH COUNTY, Ind. - A man was arrested on Monday after he allegedly tried to steal items from a Walmart three times in one day, according to the probable cause affidavit.

Andrew Myers, 39 was arrested on three counts of theft.

On Monday, a South Bend Police officer responded to the Walmart in the 700 block of Ireland Road for a theft report.

A loss prevention employee said the suspect, later identified as Myers, was trying to leave the store with unpaid merchandise.

The officer detained Myers and said he appeared to be intoxicated.

Myers smelled like alcohol, had red and glassy eyes, slurred speech, poor balance, and had urinated in his pants, police said.

The loss prevention employee said he saw Myers push a cart filled with approximately $214 worth of items past the cash registers and toward the exit without paying for them.

The employee stopped Myers and escorted him to the loss prevention office. Myers ran out of the office without the items and left the store in a vehicle, reports said.

A short time later, Myers returned and put several items of clothing in a motorized cart, according to reports.

Myers allegedly tried to leave the store with the cart and approximately $423 worth of merchandise.

Myers abandoned the motorized cart, walked past the customer service desk, and allegedly grabbed another cart filled with items being returned to the store.

The third cart contained approximately $382 worth of items.

Myers walked toward the exit with the cart but abandoned it when he saw the loss prevention employee, reports said.

Myers walked out of the store where he was detained by police.

Myers attempted to steal approximately $1,021 worth of items in total, reports said.

Police ran the license plate of the vehicle Myers used and found it returned to a different vehicle and owner.

Myers was previously convicted of burglary, according to reports.

His next court date is August 31.