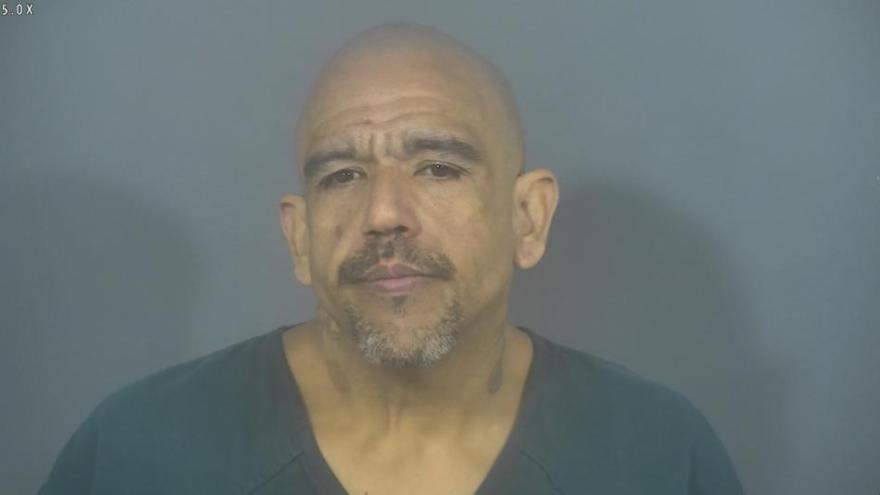 ST. JOSEPH COUNTY, Ind. - A man was arrested after he allegedly stole a license plate and equipment from two vehicles in South Bend, according to the probable cause affidavit.

On November 14, officers with the Pokagon Tribal Police Department responded to a theft report in the Four Winds Casino parking garage in the 3000 block of Prairie Ave.

The caller said about $1,365 worth of equipment was stolen from his vehicle, which was parked in the parking deck.

Security footage of the parking garage showed a white Ford pickup truck pull up next to the victim's vehicle.

The occupant of the Ford gets out and is seen moving equipment from the victim's vehicle to the Ford.

The person was wearing a ski mask at the time of the incident.

The license plate on the Ford was registered to a brown Ford Ranger.

Security footage from the morning of November 14 showed a white Ford pickup truck pull up next to the brown Ranger in a parking lot on campus.

The occupant of the white Ford is seen getting out of the vehicle and removing the license plate from the Ranger, reports said.

The white Ford then leaves the campus.

After further investigation, officers tracked the white Ford to the 300 block of E. South St.

While conducting surveillance on the Ford on November 22, officers saw an unknown man, later identified as Ramon Mendez, open the door of the pickup.

While speaking with him, Mendez allegedly told police he stole equipment from the casino parking garage and the license plate from the brown Ford Ranger.

After being taken into custody, Mendez again admitted to stealing the construction equipment and license plate.

He would not tell police where the equipment was but said he trades stolen goods for methamphetamine, according to reports.

Mendez was previously convicted of theft in Elkhart County in 2020.