Man accused of sneaking up on women, sexually assaulting them at gas station 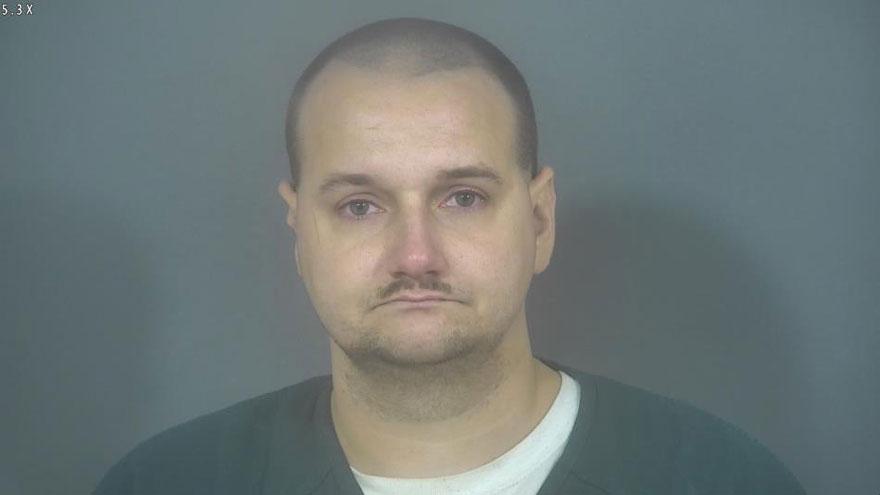 ST. JOSEPH COUNTY, Ind. -- A man has been charged for allegedly sneaking up on women and sexually assaulting them at a gas station on three separate occasions, according to court records.

Bryan Ploughe has been charged with one count of rape and three counts of sexual battery.

On July 21 at 5:45 p.m., a woman called police after a stranger snuck up behind her and touched her inappropriately while she was pumping gas at the Pilot Travel Center on Brick Road, reports said.

The woman told police while she was getting gas, a man came up behind her, put his hands up her dress and touched her genitals, according to the probable cause affidavit. The woman said she was unaware he was behind her and had no warning.

She said the suspect fled the scene in a white Ford Taurus, reports said.

Police obtained surveillance video from the gas station. It showed a man exit the store, get into his car and park at the pump opposite of the victim, report said. The video showed him walk up behind the victim, put his arms around her, get back in his car and drive away, reports said.

On August 26, a second incident was reported at the same Pilot gas station.

The second victim reported she and her mother were walking out of the store when a man smacked her on the backside, reports said.

The second victim chased the man to his car, a white sedan parked at the gas pumps, and he drove away, reports said.

A manager on duty at the gas station said the man involved in the first incident had returned to the store on July 28 and she took a photo of his license plate, reports said.

The officer ran the license plate and it returned a Ford Taurus owned by Ploughe, police said.

The officer showed the second victim a picture of Ploughe and she and her mother both identified him as the assailant, according to the probable cause affidavit.

A different officer showed a photo array that included Ploughe to the victim in the July 21 incident. She positively identified Ploughe as the man who put his hands up her dress, according to the probable cause affidavit.

On August 30, a third sexual battery was reported by a woman that happened at the same Pilot Travel Center.

The third victim said she was getting gas and she was bent over the passenger door putting her credit card away when a man put his arm around her and pulled her close to him so she couldn't get away, reports said.

The man grabbed her between the legs and touched her genitals, reports said.

She told police she was unaware he was behind her and had no warning.

Around 7:30 p.m. on August 30, Ploughe was located at his place of employment and was taken to the police station for questioning.

Ploughe admitted he frequently goes to the Pilot Travel Center on Brick Road on his 30 minute break from work.

He admitted he went to the gas station that day and saw an attractive woman near him. He called the third victim "lil shortie" and said he pinched her without her permission, according to the probable cause affidavit.

Ploughe admitted to doing the same thing to a woman who was at the gas station with her mom a few days earlier. He admitted to slapping the second victim and that he didn't know her, reports said.

Ploughe said the woman was wearing red dress and he admitted to putting his hand up her dress and grabbing her, reports said.

Ploughe was arrested on August 30.