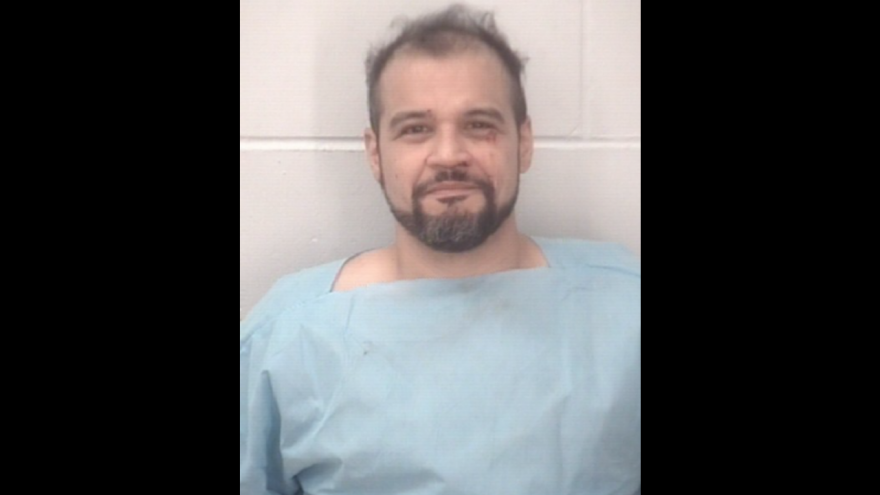 ELKHART, Ind. – An Elkhart man was arrested on Wednesday after he allegedly injured a police officer during an alleged domestic battery incident, the Elkhart Police Department reported.

At 7:04 p.m., an officer was called to the 250 block of E. Bristol Street for a report of a physical domestic disturbance.

When the officer arrived and entered the residence, the suspect tried to run up the stairs, resisting the officer’s efforts to detain him, and causing pain to the officer’s hand, reports said.

The victim reported having a verbal argument with the suspect when the suspect yanked her hair and threw her against the walls in the hallway, causing pain and minor injury, according to reports.

The victim said the suspect also put his hands around her neck, choking her, police said.

There were children in the residence at the time of the incident, according to reports.

Emery Rodriguez, 38, was arrested for strangulation, domestic battery in the presence of a child, and resisting law enforcement causing bodily injury.