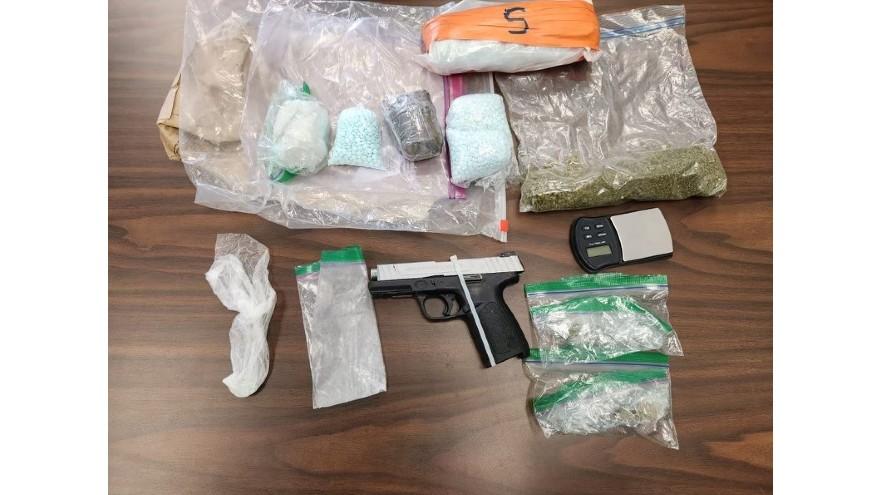 ST. JOSEPH COUNTY/ELKHART COUNTY, Ind. -- Officials from multiple local and state-wide agencies participated in an investigation that led to the seizure of around 15,000 pills containing suspected fentanyl and several arrests on drug-related charges.

Officers arrested 63-year-old Jerry L. Edwards and 46-year-old Guadalupe Reyes Jr., both from Elkhart, for possession of pills outside of a restaurant on Main Street in Elkhart on Wednesday, according to the St. Joseph County Police Department.

Police then executed a pair of search warrants for two homes in the 900 block of Grant Street in Elkhart a as a part of the ongoing investigation.

The search led to the seizure of suspected fentanyl pills, marijuana and a firearm.

Both Edwards and Ryes Jr. will await federal drug charges of Conspiracy to Distribute Fentanyl and are currently booked in the St. Joseph County Jail.

St. Joe County Sheriff Bill Redman commended all agencies involved for their part in the arrests and drug seizure.

"I also want to thank and acknowledge the work of our recently expanded County Police Traffic Unit and our County Police Department DEA task force officer to build up this investigation and the resulting bust in Elkhart," said Redman.

Edwards and Reyes Jr. will remain innocent until convicted by a court of law.