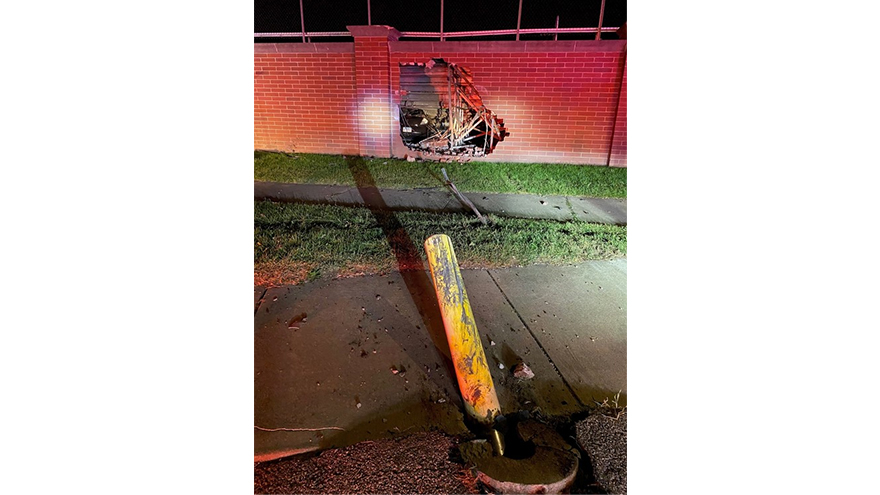 MICHIGAN CITY, Ind. -- An Illinois man died when his vehicle crashed through the wall of Ames field and landed under the bleachers, according to Indiana State Police.

They attempted to conduct a traffic stop on the vehicle, but the driver did not pull over, police said.

The driver continued at slow speeds through the city, but as he drove south on Washington Street, the driver sped up and didn't stop at the intersection with Skwiat Legion Avenue, police said.

The vehicle hit the concrete pillars just outside Ames Field, went airborne, broke through the wall of the field and came to rest under the bleachers.

The driver was extricated from the vehicle.

Despite life-saving measures, the driver was pronounced dead at the scene.

The driver was identified as 18-year-old Grant Grable from Bourbonnais Illinois.