I-80/90 crash seriously injures one in LaGrange County 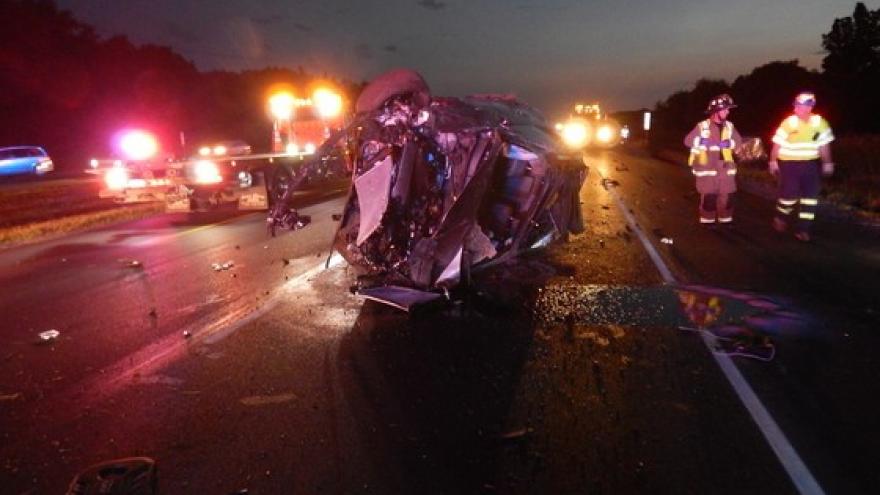 LAGRANGE COUNTY, Ind. – Troopers responded to two separate vehicle crashes that seriously injured one on I-80/90 Indiana Toll Road westbound, near the 112-mile marker, on Friday at 9:20 pm.

At first, troopers believed the crash involved a semi and car. However, upon arrival, they learned it was two separate crashes.

Preliminary investigation reveals that a 2017 Kia passenger car was traveling eastbound when it ran off the roadway and crossed the center median, for unknown reasons, troopers said. The Kia rolled several times into the westbound lane, into westbound traffic, according to the report.

The Kia did not hit any vehicles and came to a final stop on its side, troopers said.

A semi-truck traveling westbound was able to avoid the Kia, but it ran off the road and allegedly crashed into the ditch, troopers said.

The driver of the semi-truck was not injured in the crash.

The driver of the Kia, a 36-year-old man from Berwyn, Illinois, suffered multiple serious injuries to his head and arm. He was airlifted from the crash site to a hospital in Fort Wayne. He is listed as being in stable condition.

Preliminary investigation finds that the driver of the Kia was allegedly on his phone before the crash, the report said. Drugs are suspected, however that factor is still under investigation, troopers said. The driver was wearing a seatbelt, but the airbags did not deploy during the crash, according to troopers.

A dog that was in the Kia was possibly ejected from the car, but the dog was found in good condition in a side ditch and is now under care with LaGrange Animal Control.

Westbound traffic was blocked for two hours as crews worked to clear the scene.

The investigation has been turned over to the LaGrange County Prosecutor for review and to determine if any criminal charges might arise from the crash.