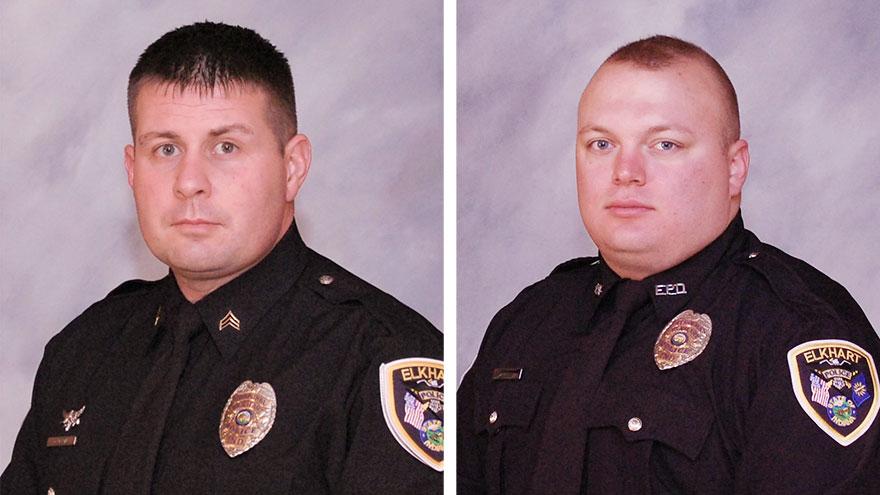 ELKHART, Ind. -- The Elkhart Police Department has released the names of the two officers who were involved in a deadly shooting outside of a liquor store early Wednesday morning. They also released the name of the man who was shot and killed.

The officers who fired shots were identified as Patrolman Scott Swanson and Sergeant Ben Martin.

The man who was killed was identified as Jahad Patterson, 20, of Elkhart.

Police were dispatched to the Handy Spot Liquor store on Hively Avenue just before 5:30 a.m. for reports of a man attempting to throw a bicycle threw a window of the store.

When police arrived, they found Patterson in the parking lot.

Officers say they engaged with Patterson and during this encounter, Swanson and Martin fired their weapons.

Patterson died at the scene.

Swanson and Martin are on paid administrative leave pending the outcome of the homicide unit investigation and the Elkhart County prosecutor’s review of the investigation.