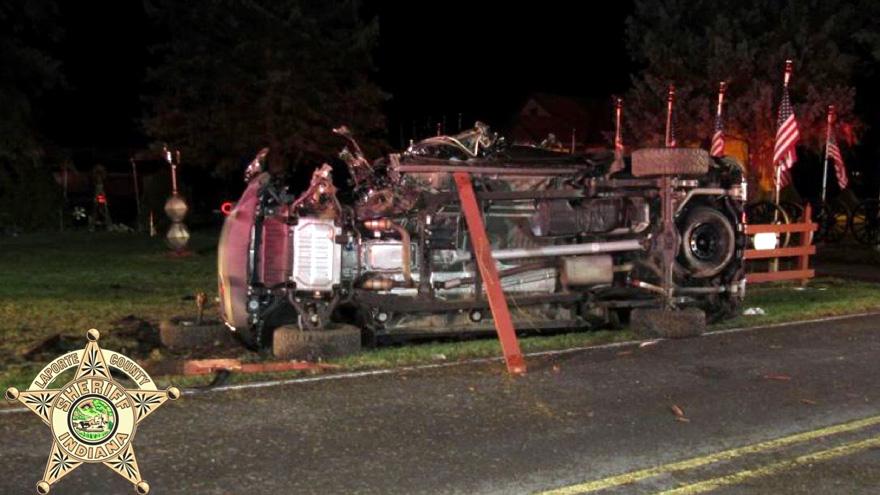 LA PORTE COUNTY, Ind. -- A driver was killed when his vehicle went off the road, hit a utility pole, a tree and a fence early Wednesday morning, according to the La Porte County Sheriff’s Office.

Just before 3 a.m. deputies were called to Hitchcock Street north of Earl Road for a single vehicle crash.

The initial investigation revealed a black pickup truck was traveling north on Hitchcock Street when it drove left of center, crossed the southbound lane and went off the side of the roadway, struck a utility pole, then a tree.

The truck continued north, rotated 180 degrees and struck a fence before coming to a rest on the passenger side.

The driver, 32-year-old Matthew Moore, was pronounced dead at the scene.