Day of disbelief, 3 dead after shooting at Berrien County Courthouse 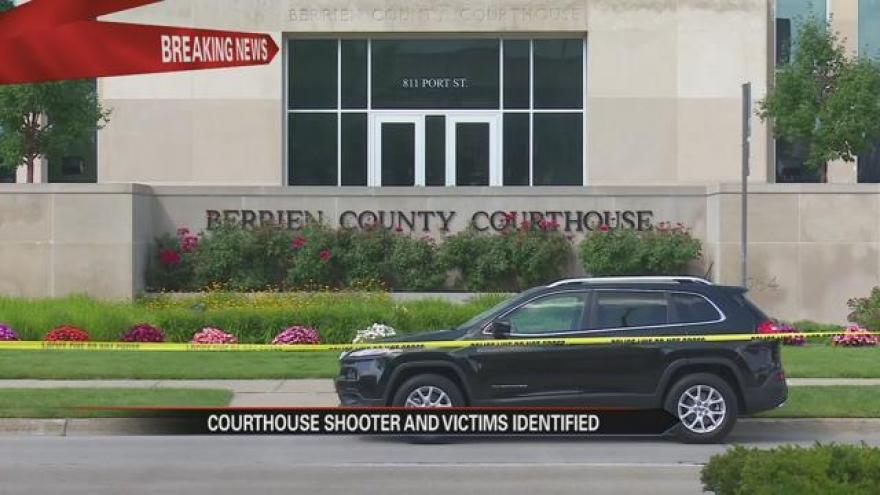 A day of shock and disbelief in the town of St. Joe, Michigan.

The quiet lakeside town rocked by violence inside the Berrien County Courthouse.

Around 2:20 pm Monday afternoon, a 911 call of distress from inside the Courthouse.

A fight breaks out during a transfer from a holding cell to the courtroom.

An inmate takes a gun from a court officer and starts shooting.

The shooter is 45 year old Larry Darnell Gordon, from Coloma, who was awaiting a court appearance on several felony charges.

Both are listed in stable condition at Lakeland Hospital in Berrien County.

The inmate was then shot by a responding officer and killed.

Families and friends of those still inside the courthouse were sitting outside, terrified and waiting to hear from their loved ones.

“I was scared to death because everyone but them got evacuated,” said Mike Ramsey, who was waiting for family.

The area now safe but scenes of a deadly day are still visible from outside the courthouse.

The investigation has now been turned over to a host of officials including the Berrien County Homicide task force and the FBI.

Court will not be in session Tuesday as officials continue to investigate and those involved in today’s deadly shooting mourn and pray for the victims and their families.