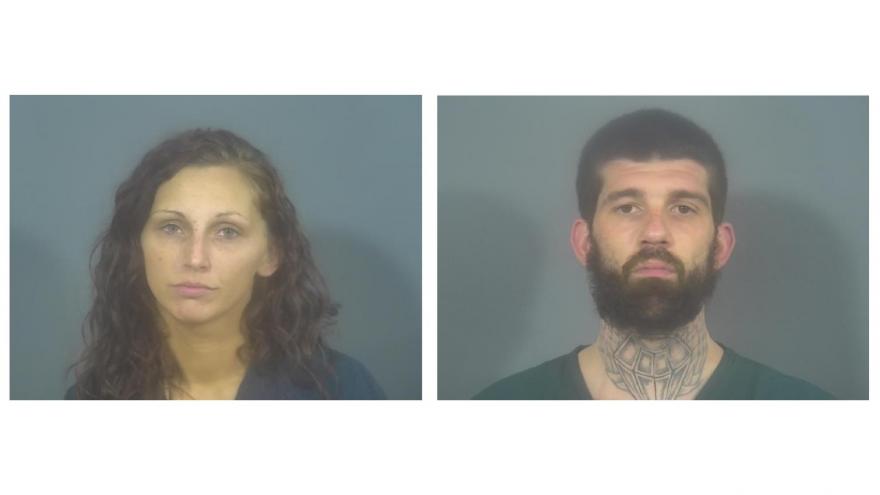 Nicholas Singleton Krystal Pinkowski
ST. JOSEPH COUNTY, Ind. – Charges have been filed against the two people arrested in an alleged pursuit and crash that happened on Monday morning, according to court documents.

30-year-old Nicholas Singleton and 30-year-old Krystal Pinkowski, both of Mishawaka, have been charged for their involvement in the incident that involved a vehicle hitting both police vehicles and civilian vehicles, reports said.

Singleton has been charged with the following, according to the probable cause affidavit said:

Pinkowski has been charged with the following, court documents said:

Singleton has also been charged in connection with an incident that happened on May 2, court documents said.

On May 2, an officer with the Mishawaka Police Department saw Singleton inside an orange Chevrolet Avalanche in an alley near South Logan Street in Mishawaka as the officer was patrolling in his fully-marked vehicle and police uniform.

The officer knew Singleton had outstanding warrants so he and another officer approached the Avalanche and gave commands for Singleton to put his hands out of the window. Singleton ignored the command and put the Avalanche in reverse, police said.

The officers drew their weapons as they continued giving commands but Singleton drove down the alley towards one of the officers and hit his patrol vehicle, reports said.

Singleton hit a neighboring fence and garage before leaving the scene, police said.

Officers were unable to follow Singleton because of damage to the patrol vehicle.

On May 3, officers with the Mishawaka Police Department Street Crimes Unit attempted to arrest Singleton on outstanding warrants after the previous day’s incident.

An officer saw the Avalanche in the back of a mobile home park in Mishawaka with Singleton in the passenger seat and Pinkowski, who also had an active warrant, in the driver’s seat.

Other units were called in to assist and officers surrounded the Avalanche in an attempt to keep the two from leaving the scene.

Singleton and Pinkowski ignored given commands and Pinkowski drove at an officer and his patrol vehicle before crashing into three other officer vehicles and leaving the scene, reports said.

Singleton and Pinkowski switched seats at one point and Singleton drove the Avalanche during the alleged pursuit.

After Singleton crashed the Avalanche, both he and Pinkowski were taken into custody.

When interviewing Pinkowski at the Police Department, a detective brought in his pocket recorder to audio-record the interview.

At the end of the interview, the detective exited the room and left his recorder on the table. A visual recording of the room captured Pinkowski picking up the recorder and pushing several buttons on it.

When the detective came back into the room, he discovered that Pinkowski had allegedly deleted the audio recording of the interview.