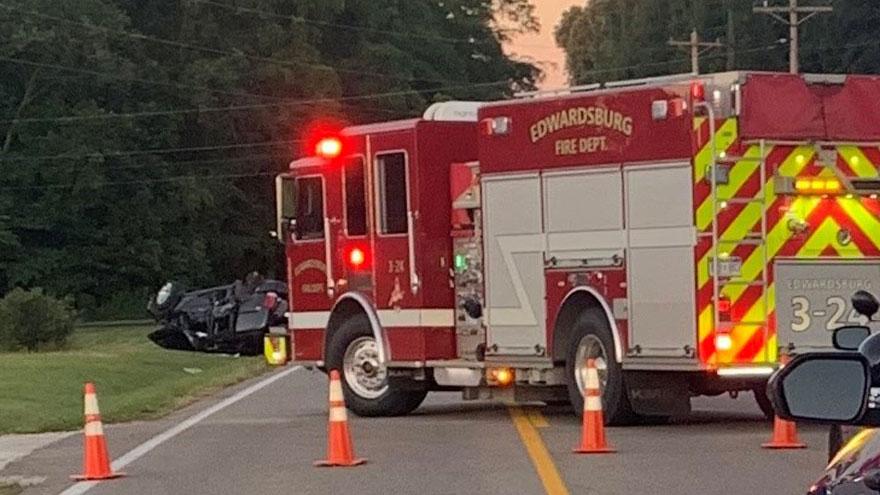 BERRIEN COUNTY, Mich. – A 38-year-old Buchanan man died after a two-vehicle crash in Milton Township on Friday evening, according to Michigan State Police.

The crash happened at 7:30 p.m. at Redfield Street and Kline Road.

Troopers say that the 2019 black Dodge Nitro was traveling westbound on Redfield Street when the driver allegedly tried to overtake other cars.

The Dodge crashed into a 2016 grey Ford pickup that was trying to turn left on Kline Road.

The Dodge rolled over multiple times causing the driver to be ejected from the vehicle.

The driver was transported to the hospital where he died of his injuries.

The driver of the Ford suffered minor injuries.