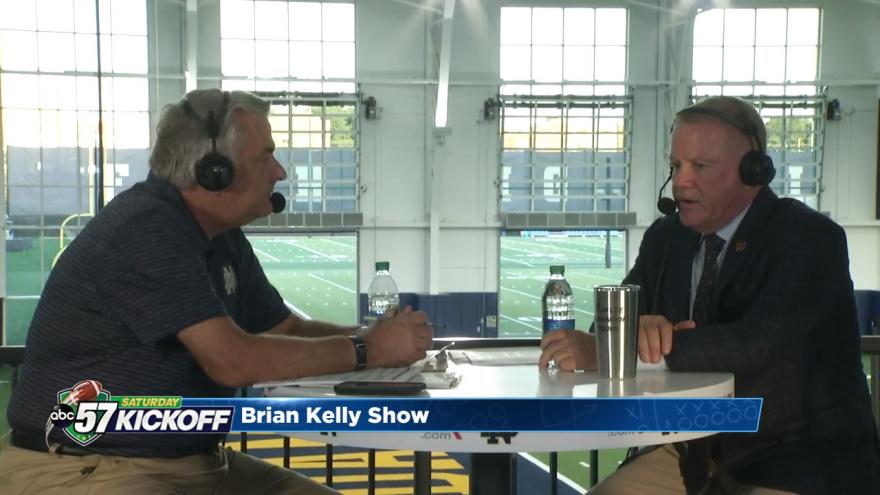 The big question this week is how will Notre Dame's football team respond Saturday after last week's loss to Georgia? Head Coach Brian Kelly said it was one of the most physical games he’s ever coached.

Fighting Irish Media’s Jack Nolan talked about that with Coach Kelly during his weekly show inside the new Irish athletic center.

"You know, I'm kind of tired of hearing about 'nice job!'  I'm at the point where I'm kind of offended by it.  You're not in this business to get pats on the back. You're in it to win football games. Quite frankly, we didn't play well enough. We didn't coach well enough," Kelly said. "We're at that point now where we have to play better. We have to coach better and win games. That's what this is about, preparing our football team and playing at a higher level this weekend against a really good Virginia team."

"When you're physically the aggressor, you're not taking a lot of shots, you're giving them," Coach Kelly said. "We're in a great space, in terms of the physical. There's nobody on the injured list from the game.  There's no surprises there. We got some guys back. Jahmir Smith is back. We've got Braden Lenzy back.  We've got Michael Young back. So, we've picked up some guys that didn't play last week. I just think overall, each week has been a step in the right direction.  There are areas we have to continue to grow in, but overall, I think it's trending and moving in the right direction."