Boyfriend charged in death of 8-month-old 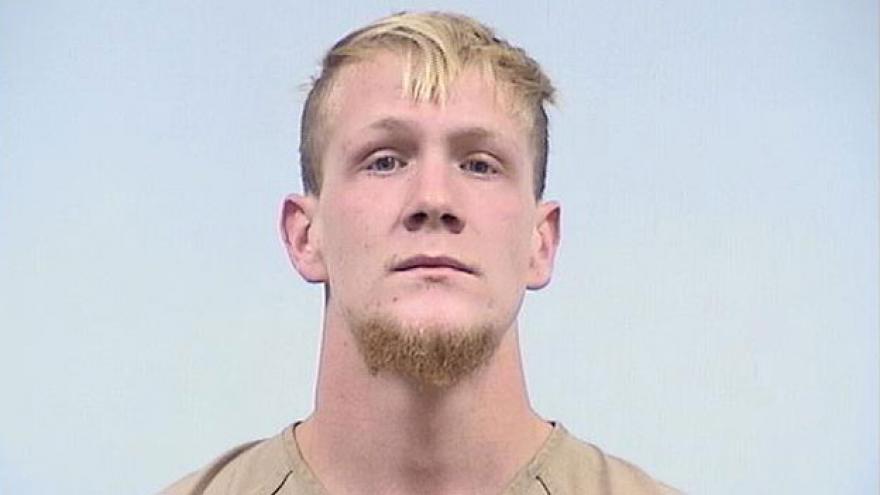 ST. JOSEPH COUNTY, Ind. -- The boyfriend of the mother of an 8-month-old child who died in June 2017 has been charged in connection with the infant's death, according to the St. Joseph County Prosecutor's Office.

Isaiah Moutria, 20, has been charged with one count of neglect of a dependent causing death.

On June 24, 2017, the Metro Homicide Unit was asked to investigate injuries to 8-month-old Keegan Wolf who had been airlifted to Riley Hospital in Indianapolis with severe injuries.

After Keegan died on June 27, the autopsy revealed his cause of death was blunt force trauma to the head and his death was ruled homicide.

Investigators spoke with Moutria, who was dating the child's mother, because he was with the child around the time the child was injured.

When he was first interviewed, while Keegan was receiving treatment, he said he was in the shower and didn't know what had happened, according to reports.

Moutria told investigators while the child's mother left to take her grandmother to work, he fell on Keegan while holding him in the nursery, reports said.

Then Moutria said he had fallen and dropped the baby off the stairs onto the floor below. He said Keegan landed on his head, cried for a short time, then quieted down, according to the probable cause affidavit.

In another version, he said he lied and he hadn't fallen and Keegan hadn't been dropped off the stairs. He said he dropped Keegan into the pack and play from a height of a couple feet, according to the probable cause affidavit.

Moutria didn't seek medical help for Keegan and didn't tell his girlfriend about the injuries when she returned home, reports said.

When Keegan's mother realized Keegan wouldn't wake up and had vomited, she and Moutria took Keegan to the hospital.

While at the hospital, investigators said Moutria didn't inform medical staff he had allegedly injured the baby.

A consulting neurologist told investigators Keegan's injuries were so severe he would've been rendered unconscious immediately and vomiting would occur soon after.

Investigators asked for a higher bond for Moutria alleging he was a flight risk because he and Keegan's mother disappeared after Keegan's death for several months. And Moutria knew there were outstanding warrants for him in Elkhart County.

In addition, investigators say the child had other injuries while in Moutria's care that required medical treatment including an injury to his eye and a broken arm.