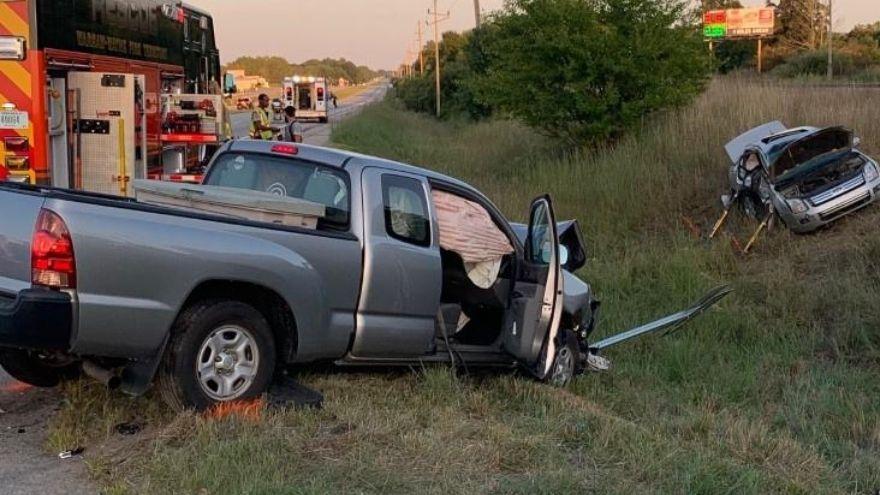 WAYNE TOWNSHIP, Ind. – A Warsaw woman is dead after an evening crash Friday night at the intersection of US 30 and CR 325 in Wayne Township.

The Fusion was traveling southbound on CR 325 E and crossed the eastbound lanes of US 30 when it was struck on the passenger side by the Tacoma, according to Kosciusko County Sheriff’s Office Fatal Team.

Barrett was pronounced dead on the scene by the Kosciusko County Coroner’s Office.

The driver of the Fusion was airlifted from the scene to a Fort Wayne hospital and is in critical condition.

The driver and passenger of the Tacoma were released from the scene.