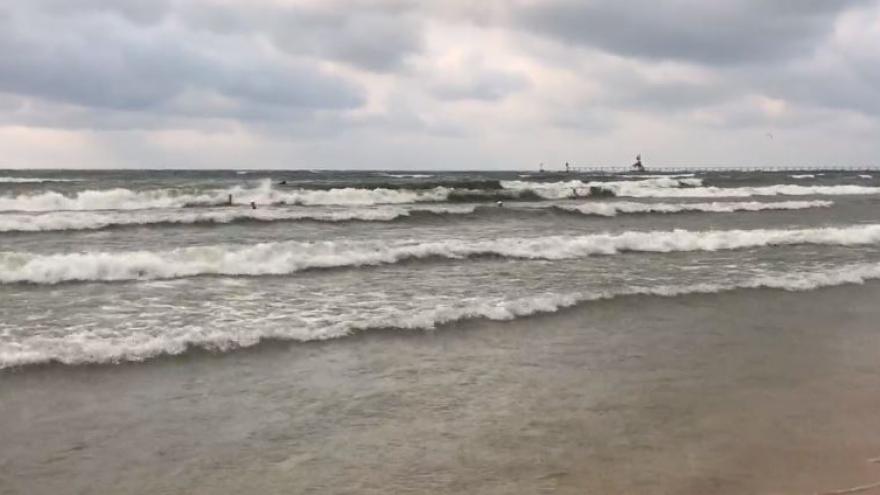 Red flags were flying at the beaches along Lake Michigan's shoreline on Tuesday and Wednesday, because of massive waves. The abnormally large waves developed as a tight low pressure system brought north and northwest winds over the lake.

Between 8 PM and 9 PM Tuesday evening, the maximum wave heights peaked. In Michigan city, the waves were over 9 1/2 feet. At this same time, waves peaked near 11 feet in Bridgman and over 10 feet in South Haven. All of this churning of Lake Michigan caused a 19 Degree temperature drop of the water in Bridman, and an even larger drop elsewhere (which is explained near the end of this article). The reason is because of something called upwelling.

The surface water temperatures of Lake Michigan have been in the 70s for most of the lake recently, which is indicated by these red and orange colors across the map. 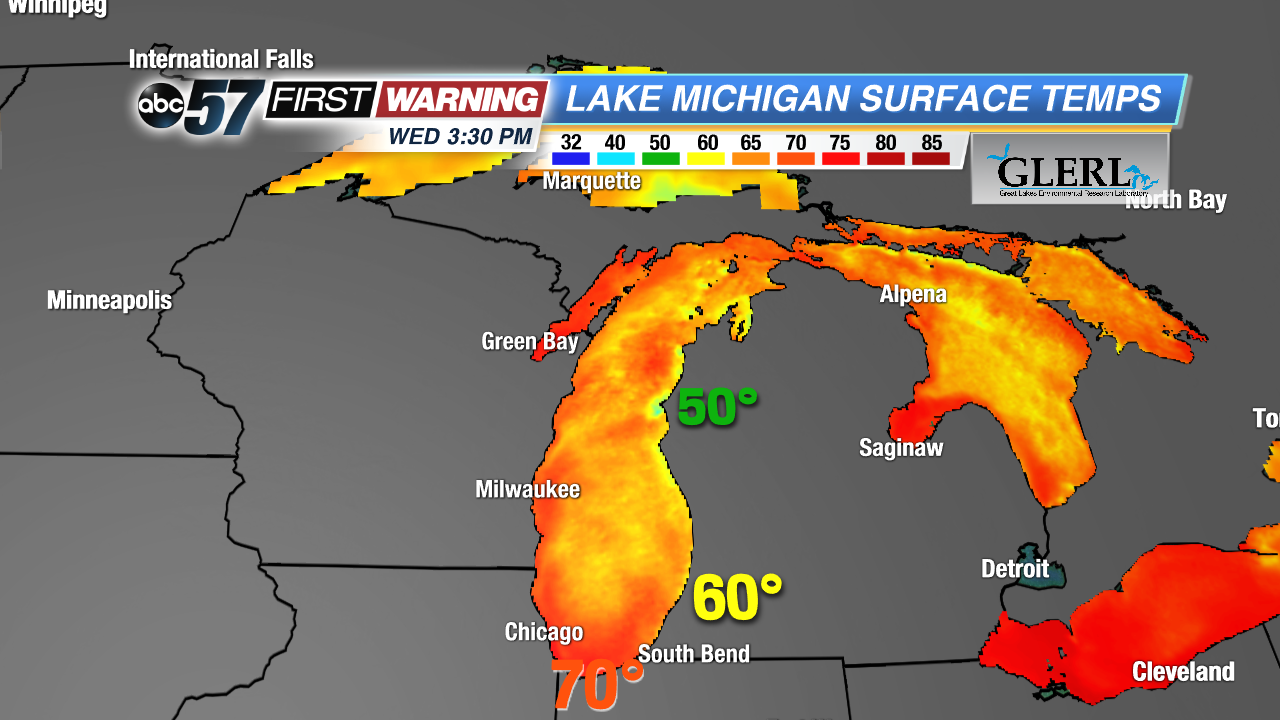 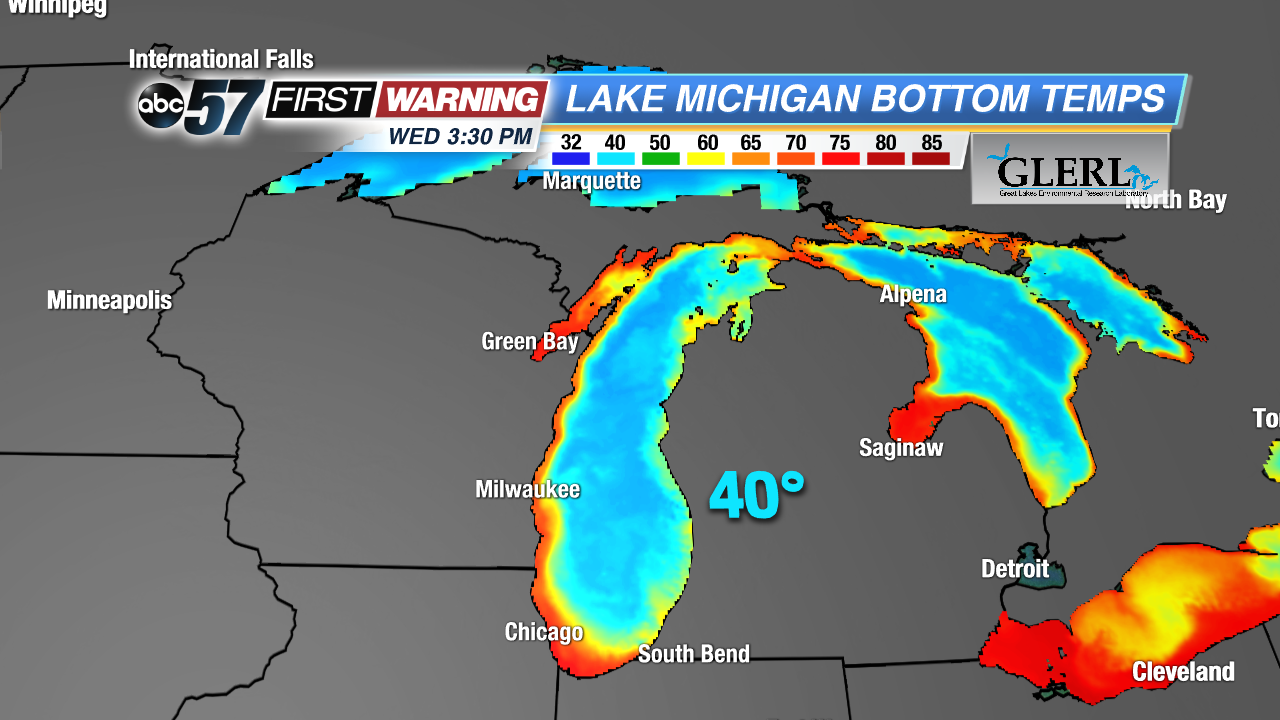 This is called upwelling, and that’s what happened last night.

At three buoys, one in Michigan city, another in Bridgman and the third in Ludington you can see how much the surface water temperature dropped between 2 PM Tuesday and 2 PM Wednesday. 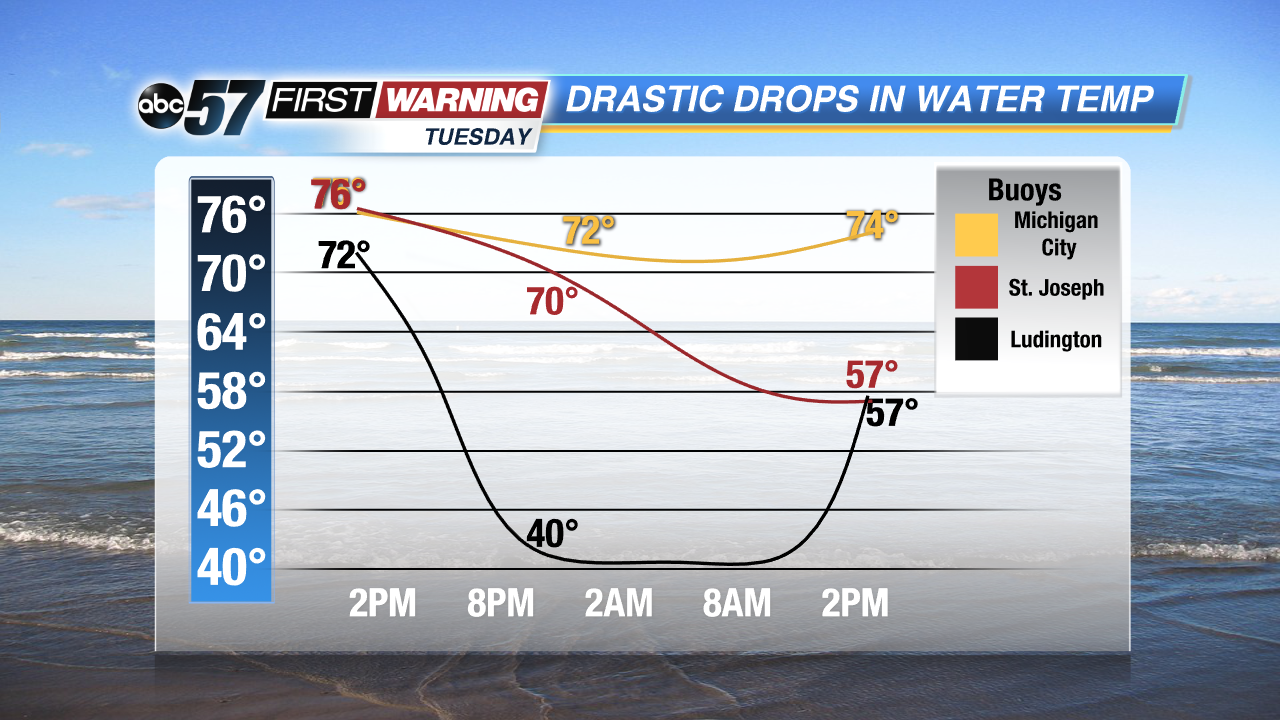 Michigan City's water temperature did not drop much, likely due the shallow nature of the lake there, but Bridgman's water temp dropped from 76 Degrees to 57 Degrees, and most impressively, the water at Ludington dropped from 72 Degrees to 40 Degrees between 2 PM and 10 PM alone. Water at 40 Degrees is cold enough to induce hypothermia or cold shock.

Luckily, the water has already started warming a bit, and it will keep warming this weekend as a heat wave takes over the Great Lakes region. 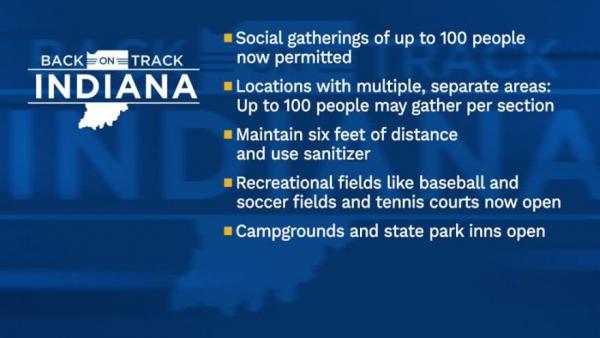