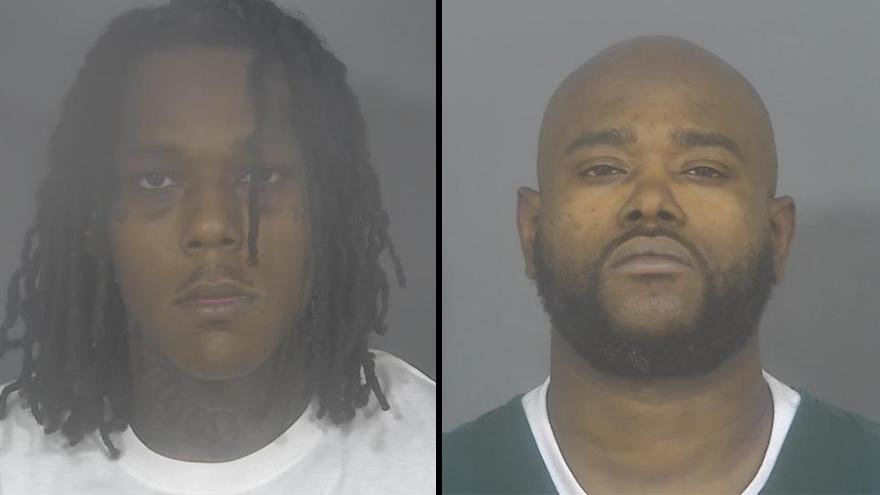 ST. JOSEPH COUNTY, Ind. -- Two men were arrested on gun charges after their vehicle was stopped by officers with the South Bend Police Department's Strategic Focus Unit, according to court records.

On Thursday, officers from the Strategic Focus Unit were in the area of South Street conducting surveillance when they spotted a Nissan Sentra commit a traffic violation.

They conducted a traffic stop on the vehicle.

As officers approached the vehicle, they noted the smell of marijuana coming from it, police said.

Officers also noticed a handgun between the driver's seat and the center console, according to the probable cause affidavit.

Police removed all four occupants from the vehicle and located a second Glock handgun in the back seat, reports said.

A digital scale with white residue was found near the gear shift and a baggie with a substance that field tested positive for marijuana was also located, according to the probable cause affidavit.

Wardlow admitted to police the Glock 9 mm, the digital scale and the marijuana were his, reports said.

The probable cause affidavit states Alexander is a known member of a "criminal organization" and has been the subject of at least three Group Violence Intervention enforcement actions.

Alexander has been charged with unlawful carrying of a handgun prior conviction.