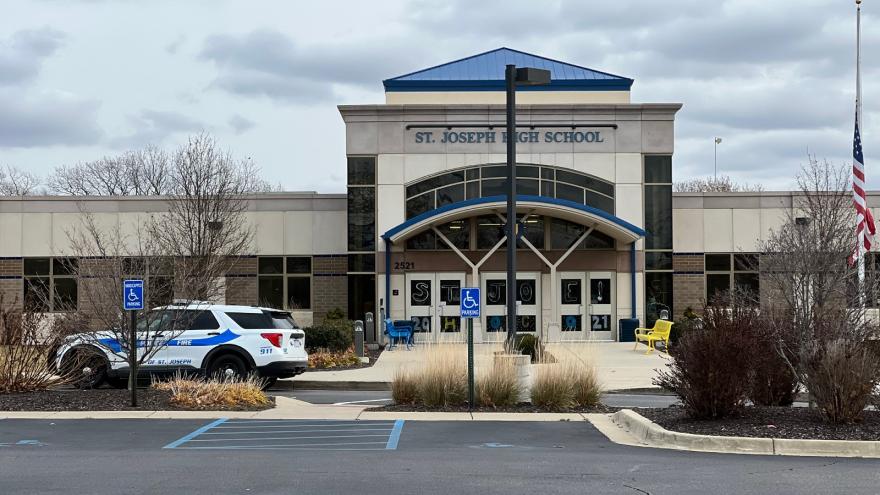 BERRIEN COUNTY, Mich. -- Students at St. Joseph High School in Michigan were dismissed early on Tuesday due to a potential threat written in three of the bathrooms at the school, superintendent Jenny Fee announced in an email to families.

According to the email, administrators at the high school were made aware of the potential safety issue, which was conveyed through graffiti in two of the bathrooms.

There is no immediate danger to students but administrators decided to dismiss students early out of an abundance of caution.

All after-school activities at the high school or involving high school students have been cancelled for Tuesday.

Superintendent Jenny Fee announced on Tuesday evening that an enrolled 16-year-old student admitted to making the threats that were written in the school’s bathrooms.

That student is in custody as police are working to finalize the investigation of these threats.

The administration decided Tuesday evening to cancel classes for Wednesday, but will resume classes on Thursday beginning at 7:45 a.m.

Berrien County Prosecutor Steve Pierangeli said that Watervliet Schools were shut down on Friday for a threat.