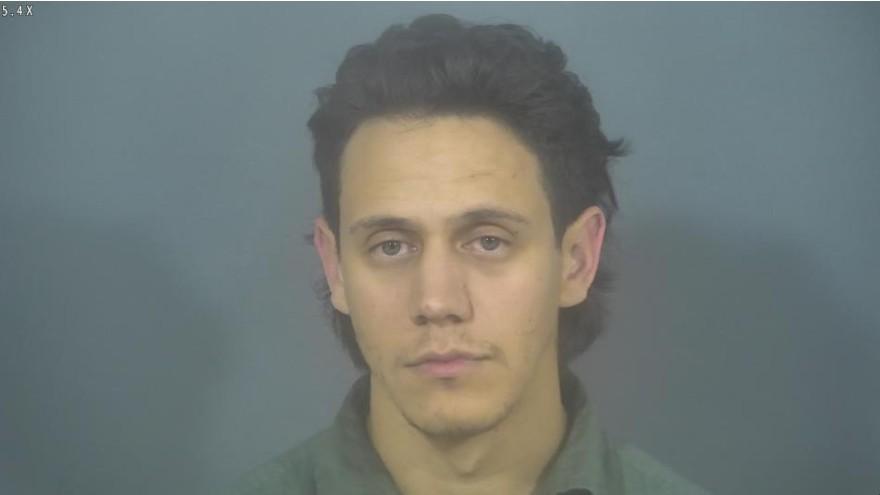 ST. JOSEPH COUNTY, Ind. -- Troopers responded to the 53000 block of Hickory Road just after midnight on Sunday to reports of a single-vehicle crash involving a St. Joseph County Police Department vehicle, according to the Indiana State Police Department.

Police report that a St. Joseph County unit was already on the scene when troopers arrived.

Per department rules that require all officers to contact an on-duty supervisor for accidents involving county police vehicles, Hoffman contacted a supervisor to report the incident.

Upon arriving, the supervisor noted that Hoffman's speech was slowed, so the Indiana State Police Department was brought in to handle the investigation.

Hoffman failed field sobriety tests at the scene of the crash and also failed a certified test, according to Indiana State Police.

Hoffman was arrested by state police at 1:33 a.m. on misdemeanor Operating While Intoxicated, and booked into the St. Joseph County Jail, according to the Indiana State Police Department.

Hoffman was released at 7:48 a.m. according to jail logs, and his first court date is set for Jan 20.

A county spokesperson has confirmed that Hoffman was not on duty at the time of the arrest.

Hoffman has been placed on Administrative Suspension by Sheriff Redman, who has ordered an internal investigation into the incident.

Hoffman will remain suspended from the department pending the results of the internal investigation and any formal disciplinary measures by the sheriff and County Police Merit Board.