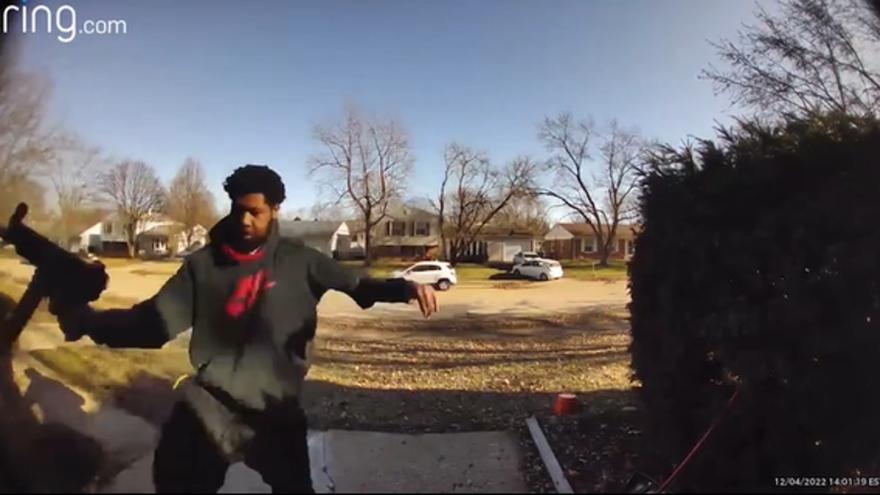 SOUTH BEND, Ind. - Police determined there is no threat to the community after investigating a viral video depicting a man holding a gun and kicking a resident's door multiple times before running away. The weapon seen in the video is fake, officers said.

The South Bend Police Department began the investigation after the video was shared across Facebook Sunday evening.

South Bend Police confirmed the video was taken in South Bend but did not specify where in the city the incident occurred.

According to police, the person who made officers aware of the incident did not want to make a report.

Following an investigation, police determined that the weapon seen in the video is a toy replica.

The individual seen holding the toy has also been identified.

The investigation into the incident has been completed and there is no ongoing threat to the community, according to police.