SOUTH BEND, Ind. -- Boy oh boy it has been a rough winter for those who love snow. Through February 19th, South Bend has seen just 32.3" of the white stuff.

That is just under 2 feet below normal! 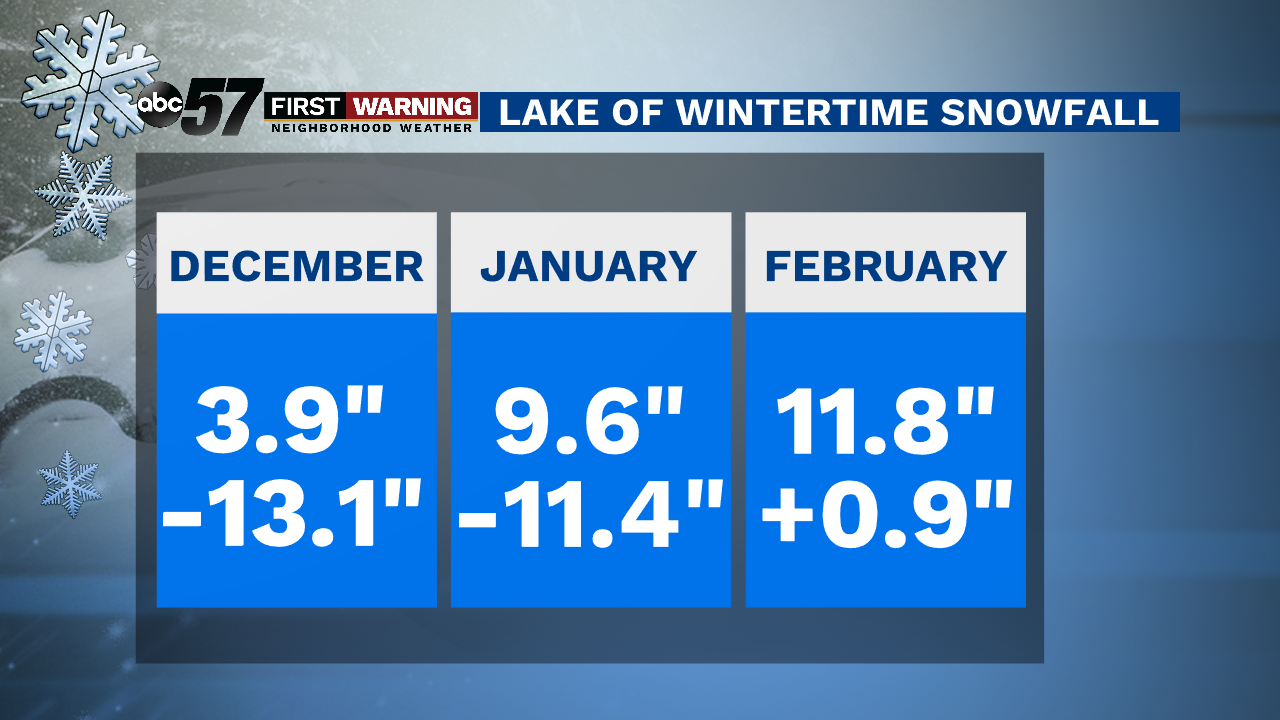 December and January were both about 1 foot below normal in the snow department in South Bend.
So yes, you're absolutely right if you're thinking it's been a lackluster winter for snow. And cold for that matter.

But this may not be a random "weird" year. 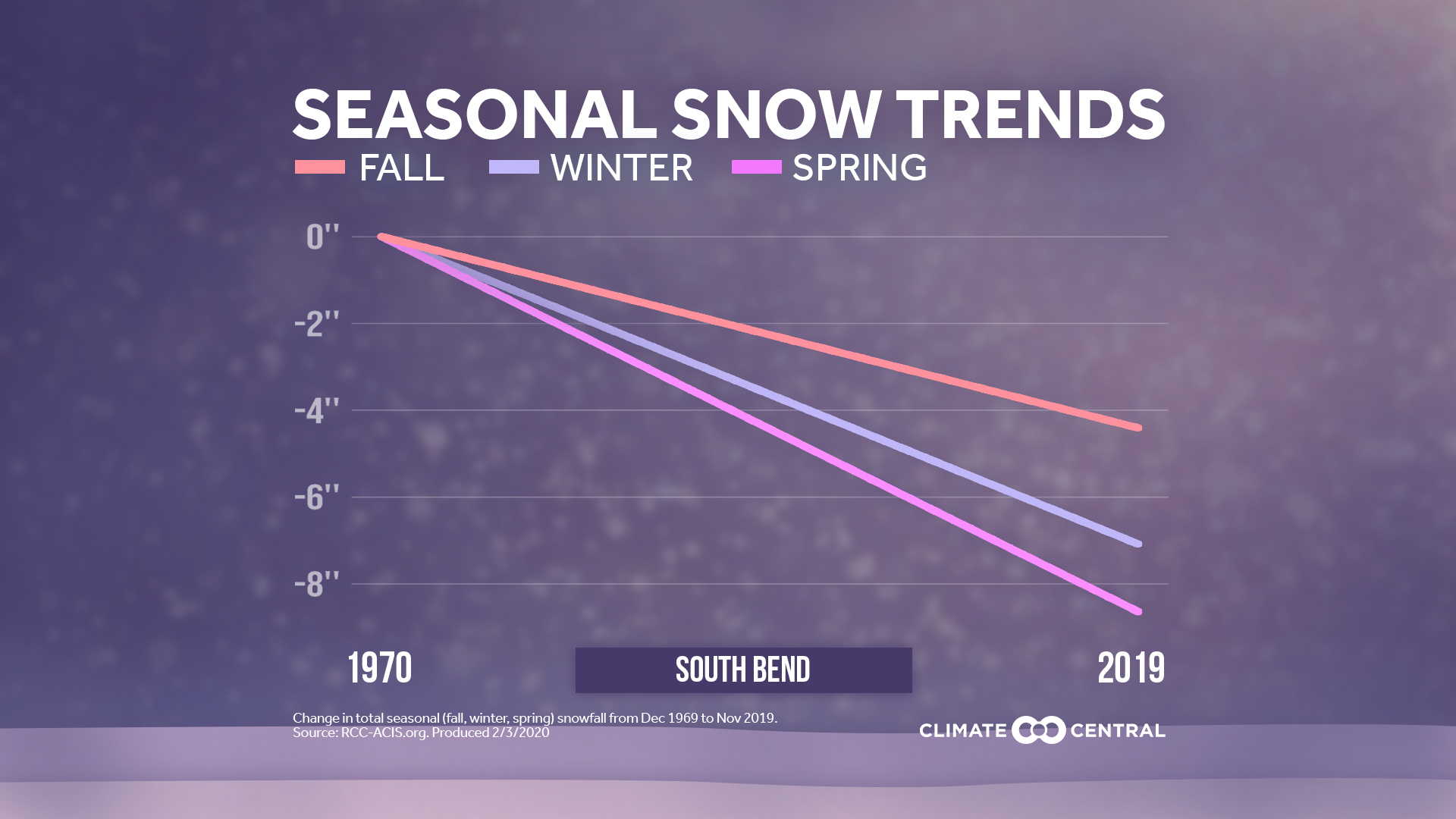 Snow totals have decreased in fall, winter and spring over the last 50 years in South Bend. Climate Central
A new report from Climate Central highlights snow trends for 145 cities across the U.S. between 1970 and 2019, and South Bend was one of only a handful of locations seeing less snow in every season. 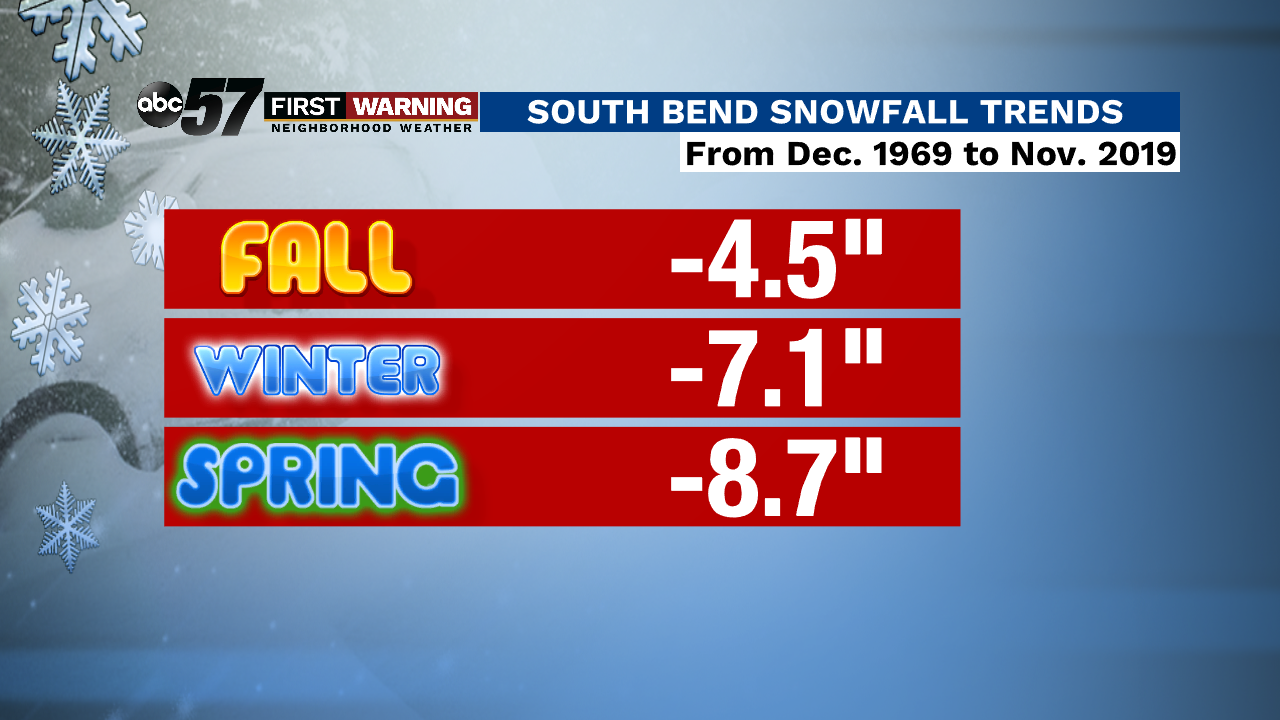 Yes, over the last 50 years South Bend has seen less snow, on average, during fall, winter and spring.

To be exact, the city sees about 20" less snowfall compared to 50 years ago.

That is certainly a significant decline. 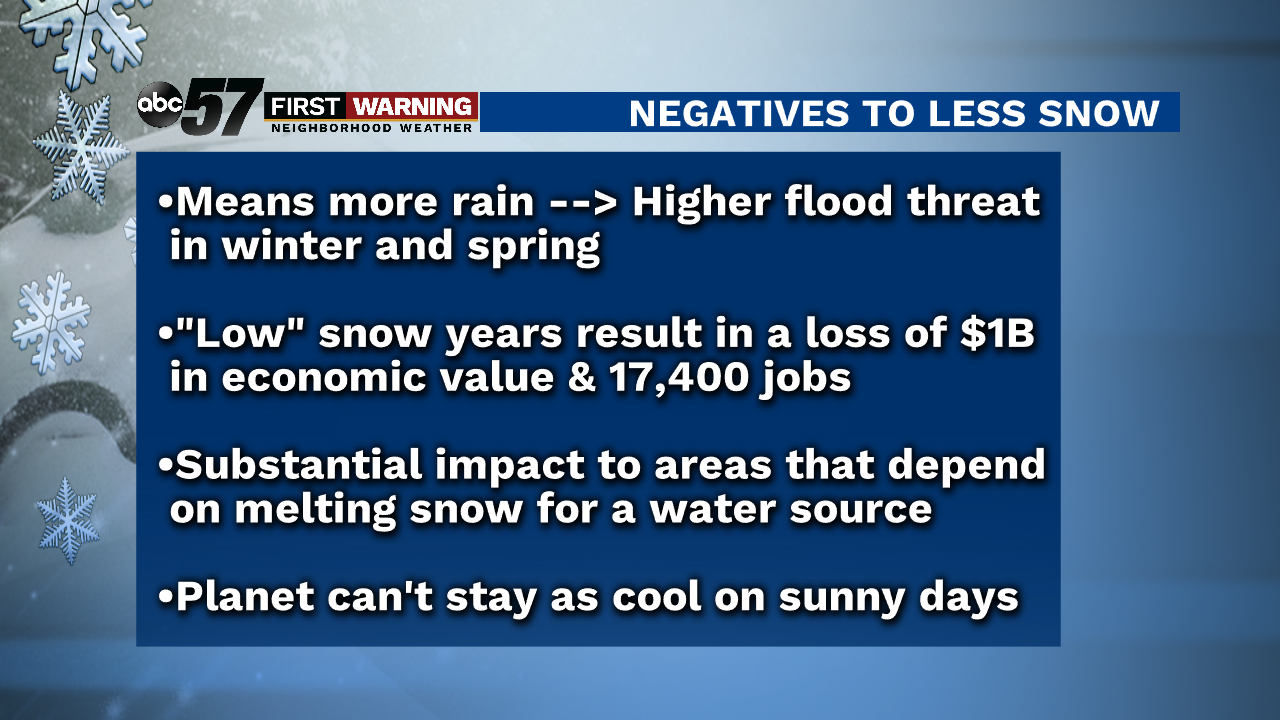 It's not just here in Michiana either. Locations like Fort Wayne, Indianapolis, Evansville, Chicago, St. Louis, Dayton, Grand Rapids, Lansing, and more are all seeing noticeably less snowfall each year, on average.

While you may not think so, this trend can have negative impacts on thousands of people each year. For example, the report states that low snow years result in a loss of $1 billion in economic value and 17,400 jobs nationwide.

That's just one of several negatives to less snowfall.

If you'd like to know more about this report, its findings, the methodology, and what cities are actually seeing more snow each year click on either of the links above!