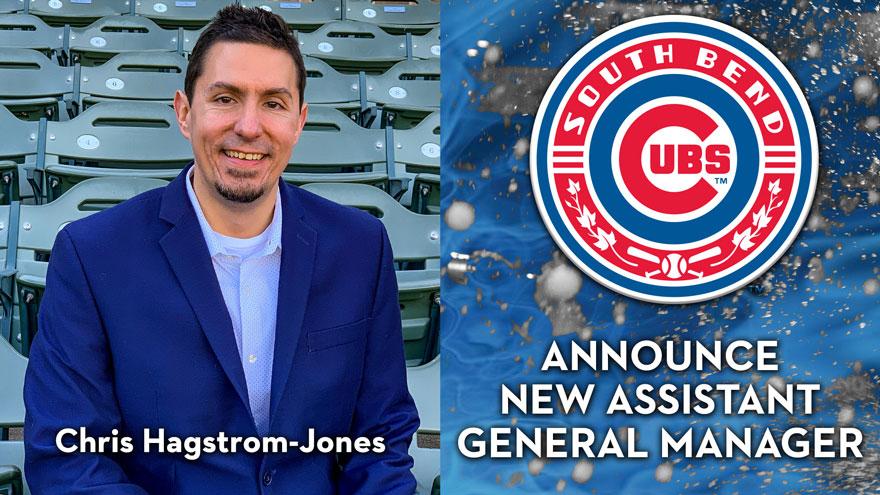 “I am very excited for Chris,” said South Bend Cubs Team President Joe Hart. “He has certainly earned this promotion through all his hard work and dedication. There is no doubt that he has been a key part of our organization’s success since he joined the ballclub.”

Hagstrom-Jones joined the organization in 2014 as Production Manager for the South Bend Silver Hawks and was later promoted to Director of Media and Promotions.

He was instrumental in the rebranding of the team as the South Bend Cubs later that year.