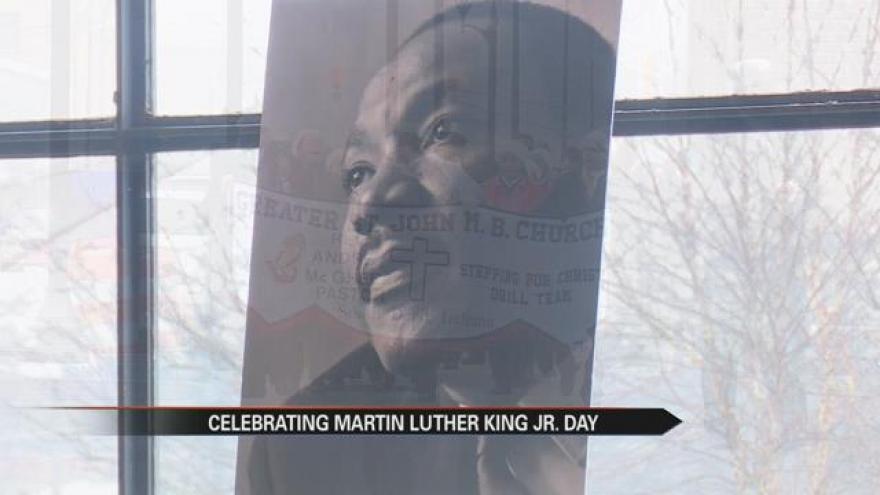 All it took to be an activist in South Bend Monday was the will to walk,

“I think a lot of people feel motivated for our city, we’re happy,” Samuel Brown said.

Brown, a member of the Human Rights Commission, marched for Martin Luther King Day Monday, partly because he’s worried about the country.

“We have to come together as a nation because our new President Elect, Donald Trump, he’s coming in with some radical ideas, trying to divide our nation,” Brown said.

The boulevard, formerly St. Joseph Street, was unveiled by Mayor Pete Buttigieg during the march.

“We know this is a community where everybody belongs, so our local response is to come together, especially on a day like this, and recognize the heroism of those who struggled for a more free and equal country,” Buttigieg said.

That heroism is why the organizers of the march set it up.

Despite local progress, they want future generations to remember even South Bend has a long way to go.

“This is a time for everyone to come out and remember what Dr. King stands for, we’re trying to reclaim the dream that he had,” Debra Walker from the MLK Foundation said.

As for Brown, his dream is for the young people of his city marching forward together.

“I hope our community keeps going in the direction it’s going, and we all can overcome any problem if we talk about it,” Brown said.