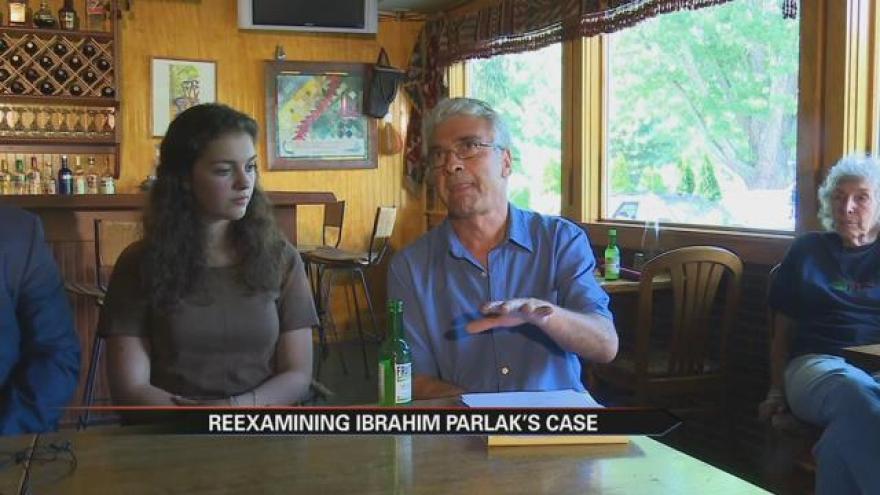 A Berrien County business owner who has been fighting deportation for the last two decades can now breathe a small sigh of relief.

Carpenter is pleased that, for now, Parlak is legally allowed to stay in the United States.

“My trust in the system, it proves it right,” Parlak said at a press conference inside his Harbert, MI café Wednesday.

You may know Parlak as the owner of Café Gulistan on Red Arrow Highway, but he’s also been in the national spotlight for years fighting deportation back to Turkey.

Parlak sought asylum in America in 1990 after being jailed and tortured in Turkey for fighting for the rights of Kurdish people.

When he applied for U.S. citizenship in 1999, allegations surfaced that he may have been part of the PKK – Kurdistan’s Workers’ Party – which is widely considered a terror group.

Parlak and his attorney say that is not true.

But the aftermath of those allegations has led to a years-long battle fighting his deportation.

“It’s been going on for a really long time; half, over half of my life,” Livia Gazzolo, Parlak’s daughter, said. “But this does give us some hope; hope in the system and hope for the future.”

Her hope stems from the Board of Immigration Appeals agreeing to reopen Parlak’s case.

He fears he’ll be tortured and jailed again if he goes back to Turkey, so the decision to reopen the case is significant.

Parlak’s attorney said a favorable ruling by a Detroit court would be a big step forward for his client.

“It would provide a deferral from being removed from the United States,” Carpenter said. “That order would stay in place unless, and until, the government wanted to petition the court to remove that deferral at a later date.”

He added, “So it’s not a permanent solution, but it is a solution that will give some stability to this situation, to be sure.”

Michigan Congressman Fred Upton released a statement Wednesday, saying, in part, “This is a significant victory for our friend Ibrahim…it has been a full team effort and we will continue working hard…to prevent Ibrahim’s unjust deportation from occurring.”

Upton and other elected officials have joined hundreds of community members over the years to help Parlak.

Carpenter said the case will be reopened later this year, and it should go to a hearing in about one year.

Though his long-term goal of becoming a U.S. citizen is still a reach, Parlak said he’s grateful that he has a voice to defend himself with here in America.

His longtime friend, Martin Dzuris, said this latest ruling is a ‘we told you so’ moment for the Parlak family.

“Our own government in the beginning knew; that’s why they gave him political asylum, that’s why they gave him a green card,” Dzuris said. “They didn’t make a mistake that time, twice; they made a mistake later on. And yes, the system is working, but it’s working very slowly…we hope that we’re gonna be able to say once more that ‘we told you so,’ that this will all come back around, and [Ibrahim’s] gonna get back his green card, and eventually his citizenship, and be able to finally live in peace.”