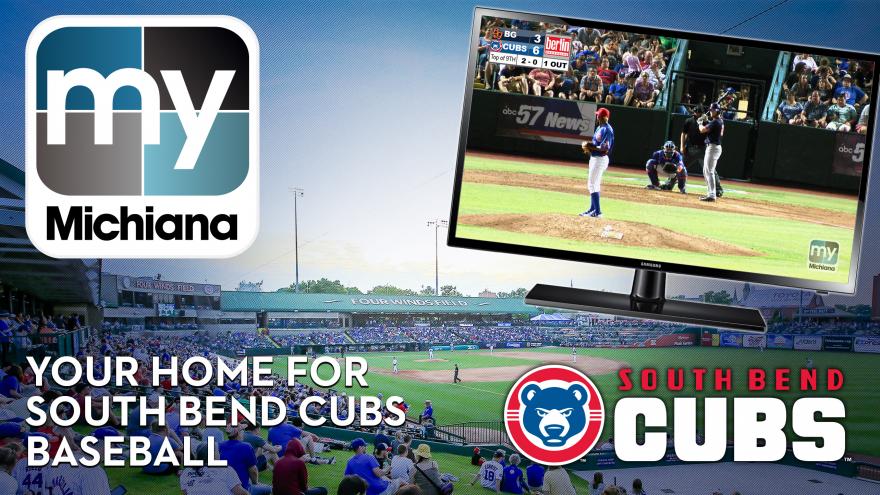 This is the fifth season the team's games have been available on broadcast television.

“As baseball continues to grow in the world of social media and television, it’s very important to have a top-quality broadcast production for our team,” South Bend Cubs President Joe Hart said. “It is unique for a Single-A baseball team to have so many games available on TV. We are extremely appreciative of Aaron Ramey and the Weigel Broadcasting staff for their great coverage of the South Bend Cubs.”

“We are privileged to bring South Bend Cubs baseball to television for the Michiana community again this year,” General Manager of WBND/ABC 57, WCWW/CW 25 and WMYS/My Michiana Aaron Ramey said. “The improvements at Four Winds Field and the excitement surrounding the Cubs have been a great influencer in downtown South Bend. The best place to watch a South Bend Cubs game is in the stadium. The second-best place is on My Michiana.”

Darin Pritchett enters his fifth season as both the radio and television voice of the South Bend Cubs. Pritchett will once again be joined by number two voice Brendan King in his second season with the club.

You can watch WMYS, My Michiana, over the air on Channel 69.1. If you have cable or satellite, you can find My Michiana on the following channels: