Police find $350K in cash in vehicle during traffic stop 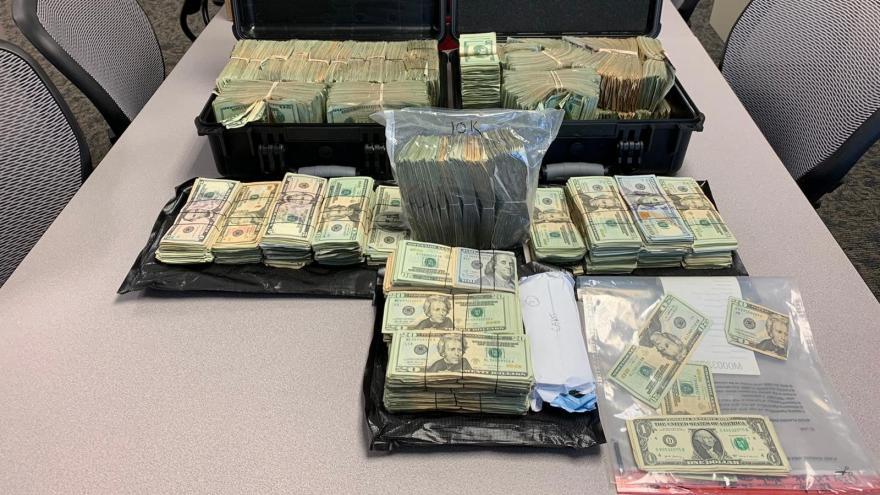 Approximately $350,000 in cash was seized during a traffic stop on the Indiana Toll Road on Thursday, according to Michigan City Police.

She followed the vehicle and witnessed it following a semi-trailer too closely.

The officer conducted a traffic stop near the 44 mile marker.

As the officer began speaking to the driver, a 53-year-old man from Rhode Island, she asked him basic questions about where he was coming from and where he was going.

The driver's responses didn't make sense to the officer, so she asked for consent to search the vehicle, reports said.

At this time, deputy and his K9 partner Bosco responded to the scene and conducted a free air sniff of the vehicle.

Bosco alerted to the presence of illegal drugs in the cargo area of the minivan, reports said.

The Drug Enforcement Agency was contacted and responded to the scene.

During the course of the investigation, it was learned the currency was obtained from the sale of illegal drugs, according to reports.

The driver was released at the scene with warnings for the traffic infractions.

The DEA is continuing its investigation.

Michigan City Police were notified on Tuesday the cash totaled over $350,000.

The DEA is going through the federal forfeiture procedures.